Taliban now control about half of Afghan district centres: US Gen

Milley said more than 200 of the 419 district centres were under Taliban control. While the insurgent group had not taken over any provincial capitals, they were putting pressure on the outskirts of half of them, he said. 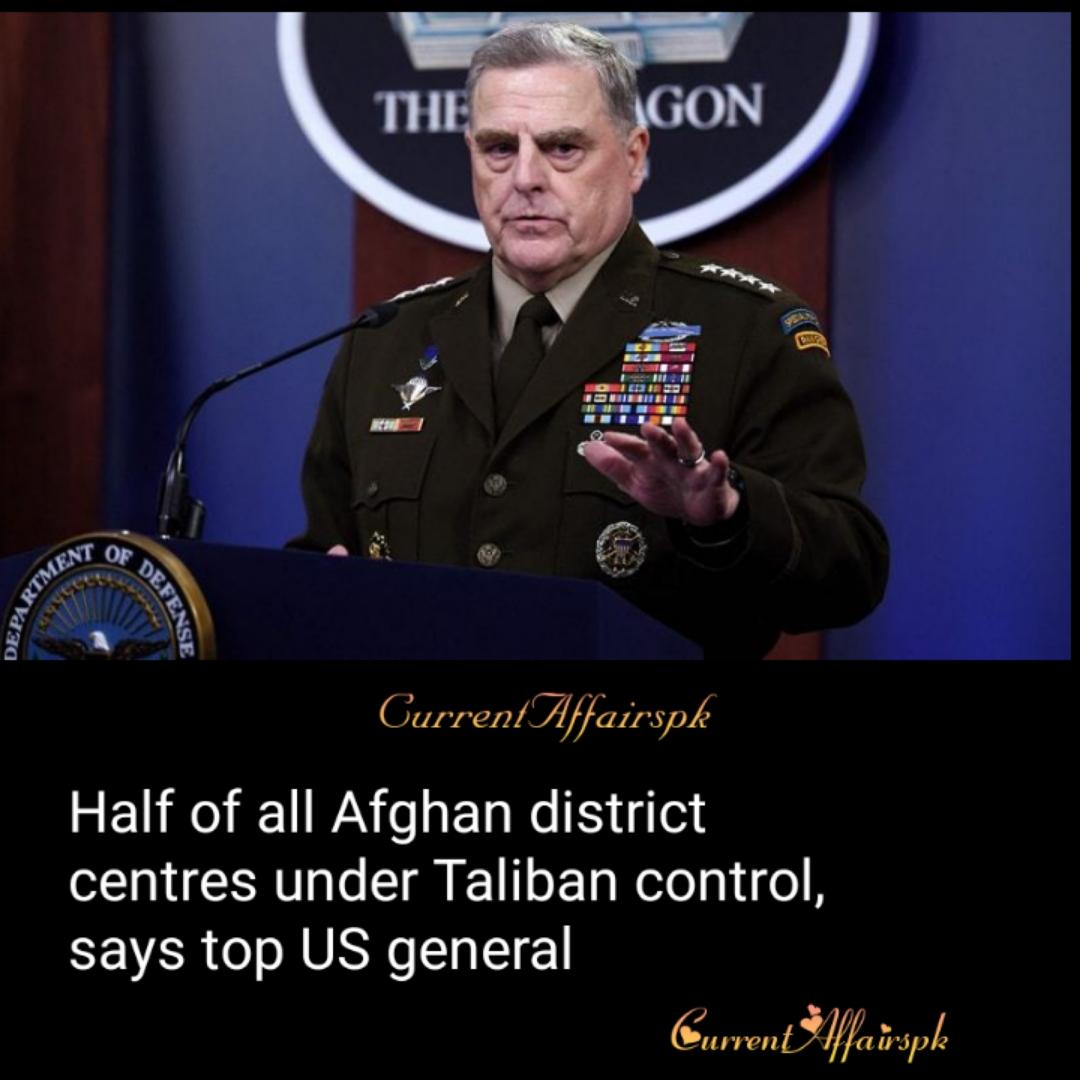 Taliban insurgents control about half of Afghanistans district centres and appear to have strategic momentum, the top US general has said, indicating a rapidly deteriorating security situation.

"Strategic momentum appears to be sort of with the Taliban," General Mark Milley, the chairman of the Joint Chiefs of Staff, told reporters on Wednesday.

Insecurity has been growing in Afghanistan in recent weeks, largely spurred by fighting in its provinces as US-led foreign troops complete their withdrawal and the Taliban launch major offensives, taking districts and border crossings.

The government has accused the Taliban of destroying hundreds of government buildings in 29 of the countrys 34 provinces. The Taliban deny accusations of extensive destruction by their fighters.

Fifteen diplomatic missions and the NATO representative in Afghanistan urged the Taliban on Monday to halt its offensives just hours after the rival Afghan sides failed to agree on a ceasefire at a peace meeting in Doha.

Biden has set a formal end to the US military mission in Afghanistan for August 31 as he looks to disengage from a conflict that began after al Qaedas attacks on the United States on September 11, 2001.