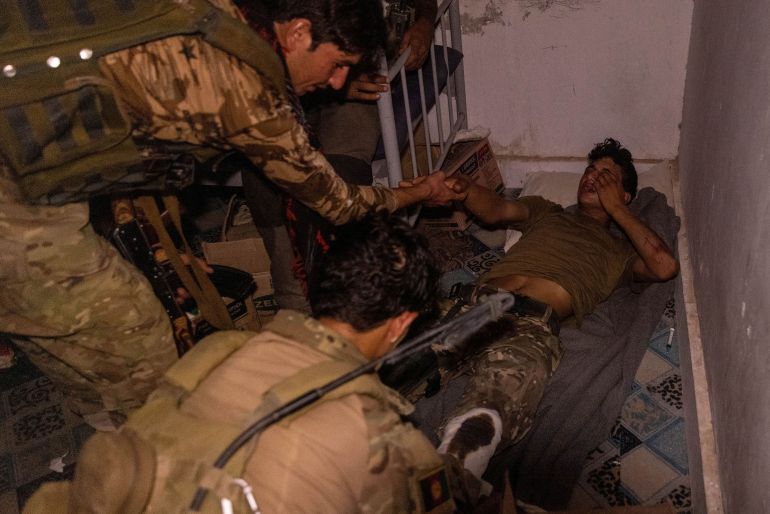 Taliban fighters have gained “strategic momentum” in Afghanistan and now control about half the countryside as they drive to cut off population centres from the Western-backed government in Kabul, the United States’s top military general said.

“This is going to be a test now, of the will and leadership of the Afghan people, the Afghan security forces and the government of Afghanistan,” Joint Chiefs of Staff Chairman General Mark Milley told reporters at the Pentagon on Wednesday.

The Taliban have gained control of about half of 419 districts in Afghanistan and are “putting pressure on the outskirts” of 17 of 34 provincial capitals but have not seized control of any of them yet, the top US general said.

In response, Afghan government forces are “consolidating” their positions to protect population centres and the fighting is expected to escalate in the coming weeks following the Eid al-Adha holiday.

A delegation of Afghan government and Taliban representatives met in Doha during the weekend but failed to reach a hoped-for ceasefire agreement. Battlefield gains by the armed group have emboldened the Taliban which is advancing “a narrative” that they are winning, Milley said.

President Joe Biden announced the US and NATO would withdraw forces no later than September 11, the 20th anniversary of the al-Qaeda attacks on the US that prompted the American invasion and occupation of Afghanistan. The US withdrawal has happened faster and is now expected to be completed by the end of August.

In exchange for the exit of foreign forces, the Taliban agreed to hold peace talks with the Western-backed government in Kabul aimed at achieving a political settlement that can lead to long-term stability for the war-torn country. And the Taliban agreed to prevent al-Qaeda or other armed groups from gaining a presence in Afghanistan.