More than a third of female Afghan MPs are now in Greece. They’re working on a ‘parallel Parliament’ that will keep fighting for women in #Afghanistan. If all goes according to plan, it will be based out of Toronto, where most in this picture are headed. 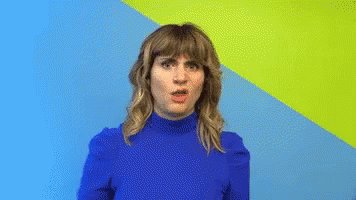 Almost none of the 82,000 people airlifted from Kabul in August were vetted before being admitted to the United States, despite claims to the contrary from the Biden administration, according to a congressional memo summarizing interviews with federal officials who oversaw the effort at domestic and international military bases.

Senior officials across the departments of Homeland Security, Defense, State, and Justice described a disastrous screening and vetting process in the memo, drafted by Senate Republicans in late October.

The Biden administration failed to vet the information that tens of thousands of Afghans provided through in-person interviews and relied solely on criminal and terrorist databases to flag bad actors, according to the memo — that is, merely screening, rather than vetting, people brought to the U.S.

The administration also brought into the U.S. tens of thousands of Afghans who were not qualified. The large majority of people, approximately 75%, evacuated were not American citizens, green card holders, Afghan Special Immigrant Visa holders, or applicants for the visa, three people familiar with the interviews outlined in the memo told the Washington Examiner.

As of early October, just 700 of the 82,000 admitted into the U.S. were determined to hold Special Immigrant Visas, Senate Homeland Security and Governmental Affairs Committee ranking Republican Rob Portman of Ohio said in a Nov. 4 speech. A Special Immigration Visa, or SIV, is a special classification for foreigners granted permanent residency as a result of aiding the U.S. government during the war on terror.

President Joe Biden and top Cabinet officials repeatedly claimed over the summer and fall that the government was rescuing SIV holders and U.S. allies as the Taliban took over in August.

“Planes taking off from Kabul are not flying directly to the United States. They’re landing at U.S. military bases and transit centers around the world,” Biden said on Aug. 22. “At these sites where they are landing, we are conducting thorough scrutiny — security screenings for everyone who is not a U.S. citizen or a lawful permanent resident.”

The State Department issued a statement on Aug. 23 backing up Biden’s claim, as did DHS Secretary Alejandro Mayorkas in a hearing before the Senate Homeland Security and Governmental Affairs Committee on Sept. 21.

But the Senate GOP memo and the three people familiar with the interviews told the Washington Examiner that the Biden administration violated long-standing U.S. government policies for handling refugees. The three sources spoke on the condition of anonymity because they were not authorized to speak with the media about what they had seen overseas and in the U.S.

Refugees are to be screened and vetted before being admitted to the U.S. through an extensive process that includes multiple interrogations. Rather than follow the protocol, the Biden administration instructed federal law enforcement and military officials handling the evacuations and processing to adhere to less stringent standards, according to the memo.