All or nothing: That’s USA basketball’s mantra, and it helped change sports

All or nothing: That’s USA basketball’s mantra, and it helped change sports. 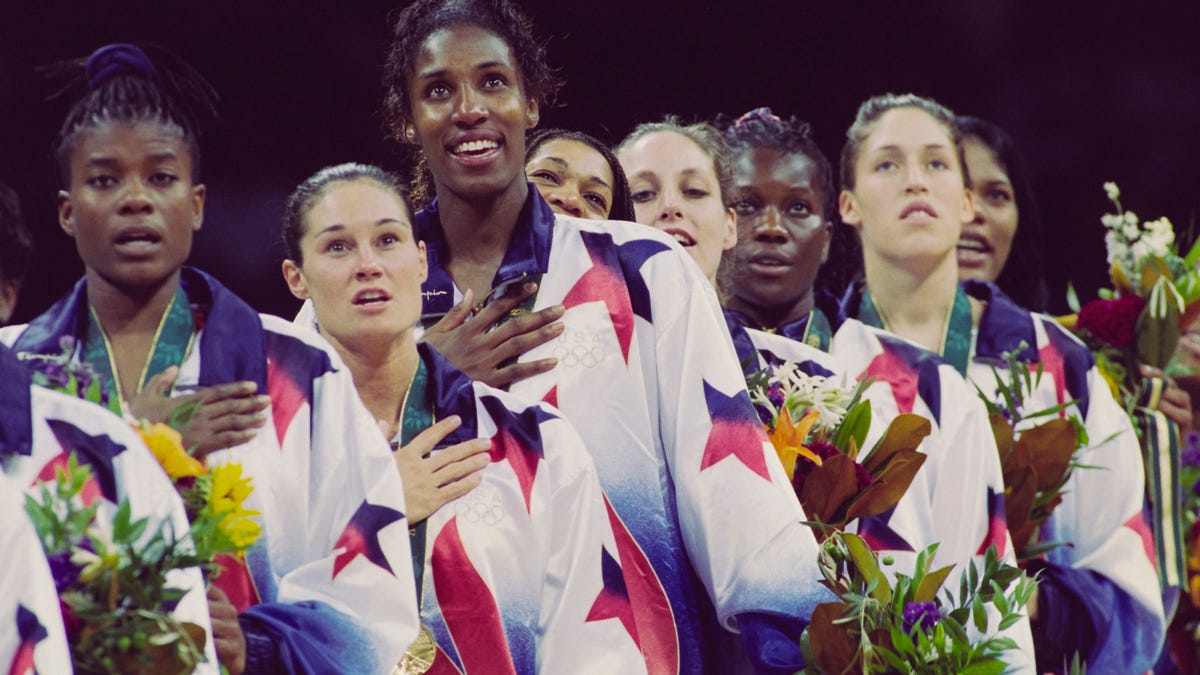 The great Reese Bobby admitted that he didn’t think through the only advice that he ever gave his son in Talladega Nights the Ballad of Ricky Bobby. “If you ain’t first, you’re last,” doesn’t even make sense. As Reese said after getting thrown out of Applebees, “you could be second, third, fourth, hell you could even be fifth.” He made up his signature phrase while high on

USA Basketball, in sound, mind and thought, has always made it clear that if the national teams don’t win gold, then the whole experience was a loss. That’s why bronze medals have resulted in overhauls of the entire program. Following a 1988 bronze medal, FIBA allowed NBA players in international play, and the United States sent the 1992 version of Michael Jordan, Charles Barkley, Magic Johnson, and threw in an ailing Larry Bird for good measure. In 2004, Team USA received another bronze medal and another change was made. The players in the 2008 game would make a three-year commitment to the program. A decision they adopted from the women’s team.

ESPN’s newest 30 for 30, Dream On, begins with the swarm of attention surrounding the legendary 1992 Men’s Olympic hoops team aka The Dream Team. However, even though that team was the star of the entire Barcelona games, USA Basketball still was paying full attention when the women finished without a gold medal for the first time. So, eventually the NBA would become part of the program, and also a decision to try something new was made. The women would play together for nearly a year before the 1996 games in Atlanta. With no WNBA at the time, the commitment was a Harlem Globetrotter-like barnstorming tour around the world.

Say what you will about ratings for either the NBA or WNBA, but all of America notices when they lose. Baseball isn’t America’s pastime during the Olympics, and while we pull for our track-and-field athletes, swimmers, and gymnasts, basketball has a standard to uphold. This is our game from the Venice courts in Los Angeles to a catholic school gym in New York. Winning is expected, something Sir Charles Barkely illustrated when he once said, “I don’t know anything about Angola, but Angola’s in trouble.” That’s how it’s supposed to be, the game long over by the halftime buzzer.

Discover Samsung Summer Sales EventThe Smart TV utilizes a feature called Real Depth Enhancer which can increase the contrast of elements in the foreground the way the human eye processes depth, making the content you watch richer than ever before.

While the margins of victory aren’t frequently 40 and 50 points these days, the expectations have not changed. All gold everything. When the women came up short it wasn’t greeted with shrugged shoulders or cosmetic changes. It was the same reaction as when the men lost, this whole operation needed to be reconstructed.

The USA Women’s team getting the same reboot as the men gave the entire sport a jolt of energy. People enjoyed watching the women play, and followed them while on tour, and then during the Olympics. They were frequent guests on television, including a hilarious appearance by Sheryl Swoopes, Dawn Staley, Rebecca Lobo, and Teresa Edwards on the comedy show Martin. It all turned out to be the perfect spark to start the ignition for a women’s professional basketball league that would stick, and it’s been around ever since 1996.

As well as the experience ended, they did suffer the experience of pioneers. They had to go the road less traveled for real to get to uncharted territory. During the barnstorming portion of their experience they literally played a game in what looked like the Hoosiers gym, but in Siberia. The team flew commercial flights all over the world, and the head coach, Tara Vanderveer of Stanford, had to leave her program (one she’s still coaching to this day) for an entire season. The players, some of whom were making six-figure salaries playing basketball overseas, went on this odyssey for $50,000.

Also, like many pioneers they still have not yet seen the end of the journey. WNBA teams are still flying commercial on a professional athlete’s schedule. The television coverage of the league has been spotty throughout the years, but a serious effort was made in the 2021 season to put games on notable networks at good times, and the ratings were better than they had been since 2008. The ultimate goal of course is increased revenue, and as the league is trying many different ways to help bring in more sponsors and investors, doing whatever it can to generate as much exposure as possible.

Gold or bust is quite an intense way to look at life, but it’s how we do in this country with basketball and the women have done it in undefeated fashion since 1996. That 1992 bronze medal was treated the same way Reese Bobby would’ve treated it while high on peyote, like a last-place ribbon. If you ain’t first you’re last is an extreme way to approach life, but for the USA Women’s Olympic Basketball team, it was their first step toward a goal that is also extreme but shouldn’t be: Equality.

The App Gap and supply chains: Purism CEO on whats ahead for the Librem 5 USA

Who is Cely Vazquez on The Challenge: USA and where can you find her on Instagram?