Austin Dillon to star in reality series for USA Network

Learn more about all these exciting shows here:. 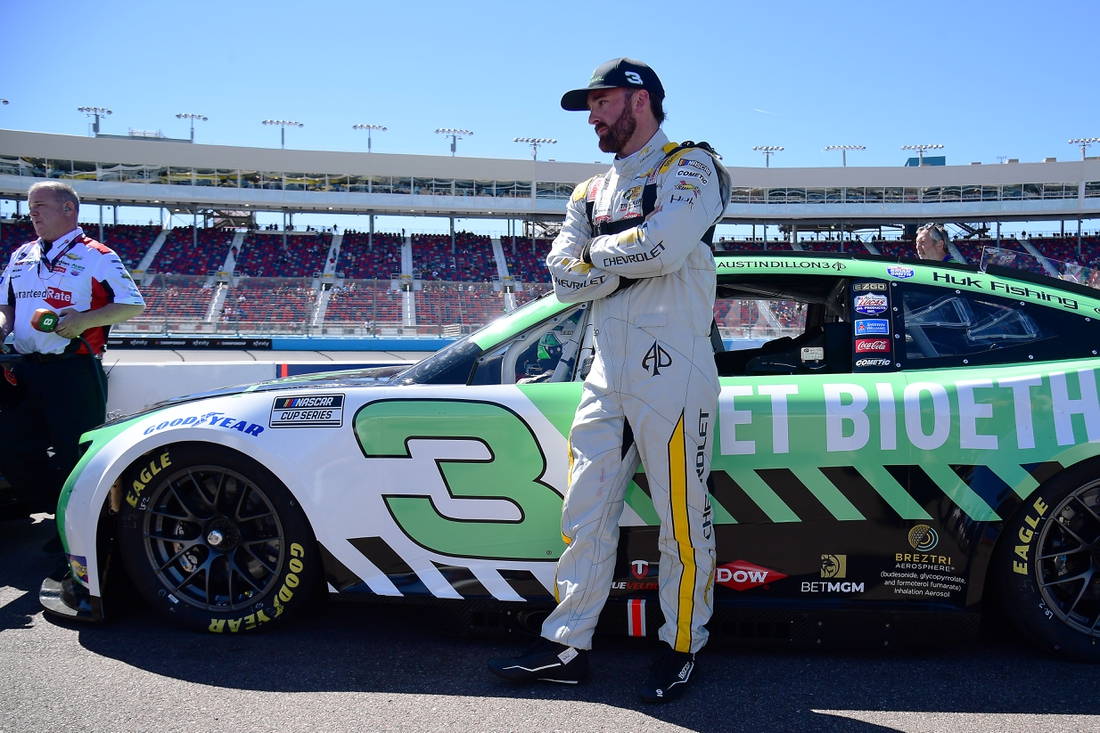 NASCAR pro Austin Dillon will lead his very own original series on USA Network along with new and returning shows such as "Chrisley Knows Best" and "Chucky."

USA Network is about to get even bigger with the release of new original series, the return of some fan favorites, and even more top sporting events throughout 2022 and 2023.

It was previously revealed that “Chrisley Knows Best” is returning for a tenth season and that real-life buddies Blake Shelton and Carson Daly will be teaming up for a new original game show titled “Barmageddon.” Now, we can confirm they won’t be alone.

Joining them on USA Network will be acclaimed NASCAR pro Austin Dillon for a new original series about his life and the people closest to him. “Austin Dillon’s Life In The Fast Lane” will feature an inside look at the Daytona 500 Champion’s day-to-day with his wife, Whitney, adorable son, Ace, and his best friends Paul and Mariel Swan. Fans will get a front-row seat to every high-stakes race, heartwarming family moment, and all the hilarious adventures that contribute to his prowess behind the wheel. The half-hour series premieres at 9:30 p.m. ET/PT on June 23.

NASCAR fans can look forward to the premiere of “Race For The Championship,” which will take viewers on a behind-the-scenes journey exploring the aspirational lives of some of the sport’s top drivers and teams, offering a more in-depth look into NASCAR than ever before — all set against the backdrop of the 2022 NASCAR Cup Series Playoffs and Championship.

Also joining the network are new action-packed original competition shows such as “The Chain: Alaska,” which pits adventurers and survival experts against one another in the harsh Aleutian Alaskan islands to see who can brave the elements best for a shot at winning a life-changing cash prize. “Winter Watchman” is also joining the network, featuring four pairs of survivalists tasked with protecting their respective lodges in the harsh Alaskan winter. Bobby Bones will host another original series, “Snake in the Grass,” a social experiment that drops four strangers into the wilderness for a chance to win big money, provided they can figure out which one of them is there to sabotage their efforts. Finally, “Rust Hunters” will follow a multigenerational family business as they seek out old vehicles and antiques to restore and flip for profit.

In addition to the slew of new originals joining the network in the coming months, fans can look forward to everyone’s favorite murderous doll returning for Season 2 of “Chucky.” He’ll be joining fellow returning hit, “Miz & Mrs,” which will debut its third season on the network on Monday, June 6.

Sports fans won’t go wanting in 2022 or 2023 either. USA Network will be the exclusive home to top international sporting events such as the U.S. Open, The Open Championship, the Tour de France, The World Athletics Championships, the Premier League, NASCAR, NASCAR Playoffs, and INDYCAR.

As always, USA Network will continue to play home to “WWE Raw” and “WWE NXT” as well, making it the number one destination for all your WWE Entertainment.

There’s never been a better time to be a USA Network fan. Whether you’re here for sports, originals, reality TV, competition series, or just want to see what wild (read: violent) antics Chucky gets up to next, there’s something for everyone this year.

USA Insider is your source for all things USA, from behind-the-scenes access to breaking news, information about USA’s original shows, and much more. Sign up for USA Insider and be the first to get extras and updates on your favorite shows.

Michaela Hickerson will get to do her thang in the Special Olympics USA Games
© tweet247.net 2022