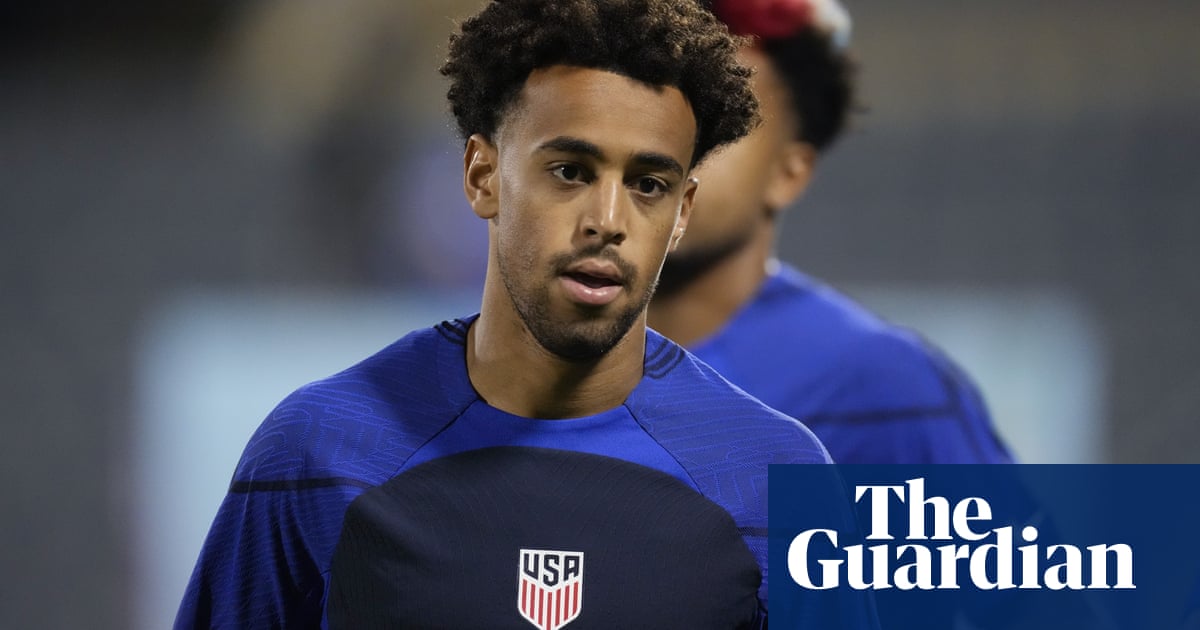 USA captain Tyler Adams was a 13-year-old New York Red Bulls academy prospect in 2012 when NBC became the exclusive US media rights-holder for the Premier League in a deal that has since been credited with propelling soccer to new heights of popularity in the United States.

Until then, nearly all English league matches were carried on Fox Soccer, a pay channel buried deep down the cable listings, inevitably limiting the sport’s mainstream exposure. NBC’s deal for both the English- and Spanish-language media rights to all 380 Premier League fixtures – for a then-bargain fee of $250m over three years that has since been renewed for $2.7bn over the next six – established soccer in the American sports firmament like never before by making matches available on both free-to-air television and NBC’s family of cable networks.

“Growing up, the Premier League was always the dream,” Adams said on Thursday. “I grew up a huge Thierry Henry fan, partially because he played for New York Red Bulls, but also because I watched a lot of Arsenal games as well. I admired him, how he played the game. I think in America, you see a lot of young players tuning into a lot of the Premier League games. They’re on in the mornings, they’re easy to find.”

This is a World Cup like no other. For the last 12 years the Guardian has been reporting on the issues surrounding Qatar 2022, from corruption and human rights abuses to the treatment of migrant workers and discriminatory laws. The best of our journalism is gathered on our dedicated Qatar: Beyond the Football home page for those who want to go deeper into the issues beyond the pitch.

When the United States meet England in a blockbuster group-stage tie on Friday night at the Al Bayt Stadium, they will effectively be facing one of the reasons for the sport’s rising profile back home. For the 23-year-old Adams, the wider exposure and accessibility of the Premier League only further cultivated a dream that was planted when he joined New York Red Bulls during Henry’s four-year stint in Major League Soccer.

Having forged a reputation as an industrious ball-winning defensive midfielder, Adams moved to NYRB’s sister club RB Leipzig in 2019, making his biggest splash when he fired in the goal that lifted the Bundesliga club into the Champions League semi-finals. When he landed at Leeds United in a $24.2m (£20m) transfer this summer, it fulfilled a lifelong dream that not even his success in Germany could match.

“The Bundesliga wasn’t the biggest thing for me when I was growing up,” he said. “You saw a lot of quality players on the pitch at the same time [in the Premier League], no matter which teams were playing.

“I remember telling my mom at a young age that I wanted to play in England. The culture is not too far off of what America has to offer, so definitely that transition has been a lot easier than playing in Germany. But there’s something special about the Premier League. There always has been and I think there always will be.”

USA coach Gregg Berhalter, who on Monday became the first person to play for and manage an American side at a World Cup, came of age at a time when finding Premier League matches on American television was all but impossible. Only when he was in the Netherlands during the 1990s at the outset of a 15-year playing career in Europe was he exposed to the Premier League on a regular basis.

“I remember when I was in Holland getting home from my games on Saturday watching Match of the Day on BBC, and that was the only real highlights you got,” Berhalter said. “And now, every Saturday morning in America, waking up to watching the Premier League and seeing all the fan festivals they’re having. Everyone now in America seems to have a team that they support.

“It’s an incredible league. We’re really proud to have our players playing in that league. And to me, it’s similar to the NFL and in terms of how dominant it is and how commercial-orientated it is.”

Houston still No 1, while North Carolina falls out of in USA TODAY Sports mens basketball poll