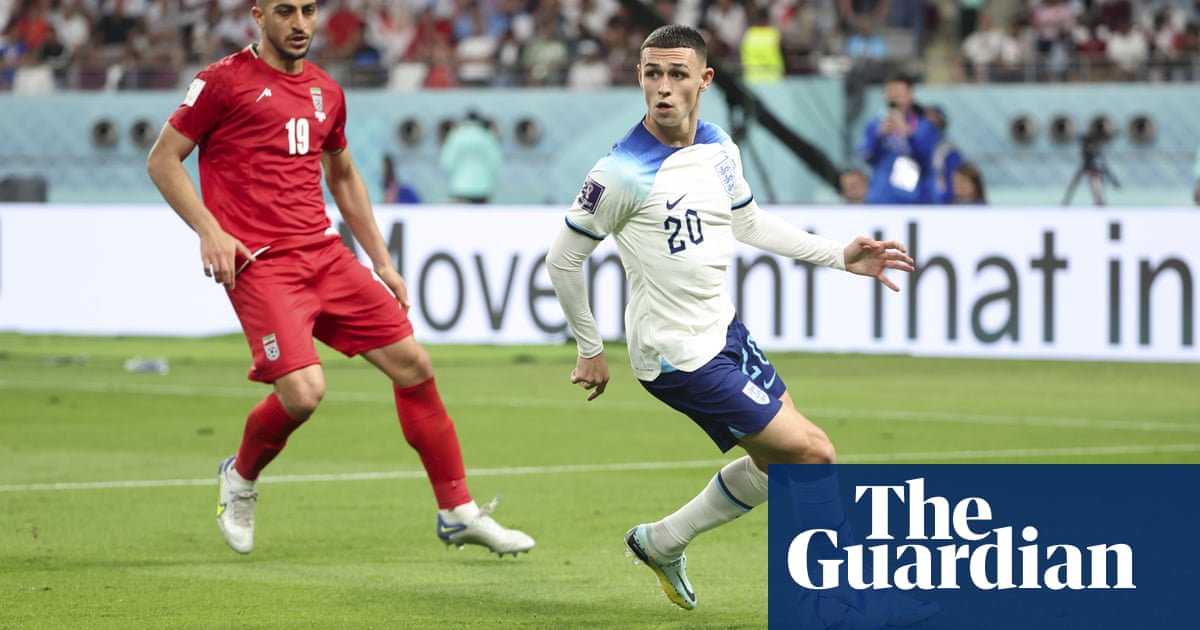 In the 71st minute of England’s victory over Iran, Gareth Southgate brought on Phil Foden, Marcus Rashford and Jack Grealish. They are not traditional substitutes, they are the manager’s finishers – the players brought on to lift the tempo and see the match out. They made a difference and could do once more against USA on Friday.

Gregg Berhalter’s side struggled to hold Wales in the second half because their stamina levels were depleted and a tired challenge from Walker Zimmerman on Gareth Bale resulted in a late penalty. If USA run out of steam in the same manner, they could face an even tougher final quarter against the freshness of England’s bench.

The starters are there to deliver the gameplan and the replacements come on to increase the tempo by 15-20% and get the job done – and Southgate has plenty of options. The role of finishers is critical in the modern game, maximising everything available to a head coach. They bring intensity and in England’s case plenty of goals. Not many countries can call upon someone of Foden’s level off the bench and it is a great strength of England’s.

This is a World Cup like no other. For the last 12 years the Guardian has been reporting on the issues surrounding Qatar 2022, from corruption and human rights abuses to the treatment of migrant workers and discriminatory laws. The best of our journalism is gathered on our dedicated Qatar: Beyond the Football home page for those who want to go deeper into the issues beyond the pitch.

If Southgate had been offered a 6-2 win over Iran he would have accepted it. I know I would have. There were plenty of positives but he was concerned by conceding two goals because tournament football is about clean sheets and he will be telling his players not to switch off in the same way on Friday. They were the two blemishes on an impressive performance that laid down a marker in dominant fashion.

Southgate selected an experienced side and that shone through. It is unlikely he will make too many changes, fitness permitting. I would have picked Foden over Bukayo Saka, but Southgate justified his selection. The team counterpressed well, winning the ball back quickly. That said, I could see a case for Foden starting against the USA. He is a technician who can take a number of touches in tight spaces and against the intensity of the USA press that could be useful to find the gaps they may leave in behind.

It was great to witness Jude Bellingham liberated in the centre of the pitch. He was allowed to express himself, get forward and be who he wanted to be. As England progress, Bellingham’s role may become more defensive but he certainly made the most of being allowed to be proactive against Iran and it could do the same to USA.

Everyone knew how Carlos Queiroz’s side would play against England: they set out to be compact and hard to beat. England needed to earn the right to break them down and it took until the 35th minute for Bellingham to head the opener. You could see the plan: Bellingham would punch a pass through the lines to put England on the front foot; Raheem Sterling, Saka and Mason Mount all got into good pockets of spaces; and Kieran Trippier and Luke Shaw offered width.

At this level it is not enough to dominate possession in the final third. It is necessary to work teams by moving them from left to right and create spaces. Then, as the game goes on, it is possible to stretch them the other way.

When the game is stretched, England have plenty of options to utilise space in behind. USA lack pace at centre-back, something Wales tried to target, albeit unsuccessfully. I understand why Rob Page went with Bale and Daniel James up front because Tim Ream and Zimmerman are not the quickest but the ball rarely made it to them in the first half because of the USA’s press There is certainly no lack of pace in the England squad and they will be aiming to use that to threaten.

USA looked susceptible on set pieces against Wales; Kieffer Moore should have scored from a corner and Matt Turner was troubled from corners. Against Iran, set pieces were a strength of England’s. Harry Maguire should have been awarded a penalty early after being wrestled to the ground and softer spot-kicks have been awarded since. This is one of the reasons I selected him in my team for the opener. A lot of people questioned the decision to pick him but my reasoning is that 30% of goals come from set pieces – it is a massive weapon.

UTSA to celebrate C-USA title with Rowdy River Rally on Friday as honors stack up for players, coach