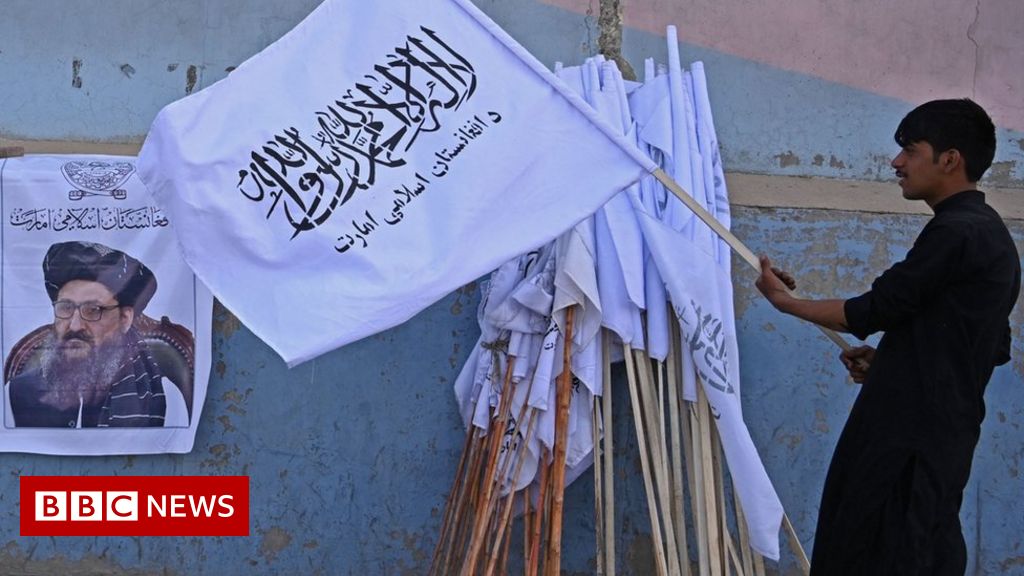 A major row broke out between leaders of the Taliban over the make-up of the groups new government in Afghanistan, senior Taliban officials told the BBC.

The Taliban seized control of Afghanistan last month, and have since declared the country an "Islamic Emirate". Their new interim cabinet is entirely male and made up of senior Taliban figures, some of whom are notorious for attacks on US forces over the last two decades.

One Taliban source told BBC Pashto that Mr Baradar and Khalil ur-Rahman Haqqani - the minister for refugees and a prominent figure within the militant Haqqani network - had exchanged strong words, as their followers brawled with each other nearby.

The sources said the argument had broken out because Mr Baradar, the new deputy prime minister, was unhappy about the structure of their interim government.

Mr Baradar reportedly believes that the emphasis should be placed on diplomacy carried out by people like him, while members of the Haqqani group - which is run by one of the most senior Taliban figures - and their backers say it was achieved through fighting.

Mr Baradar was the first Taliban leader to communicate directly with a US president, having a telephone conversation with Donald Trump in 2020. Before that, he signed the Doha agreement on the withdrawal of US troops on behalf of the Taliban.

Meanwhile, the powerful Haqqani network is associated with some of the most violent attacks that have occurred in Afghanistan against Afghan forces and their Western allies in recent years. The group is designated by the US as a terrorist organisation.

Rumours about a fallout have been spreading since late last week, when Mr Baradar - one of the best-known faces of the Taliban - disappeared from public view. There was speculation on social media that he might have died.