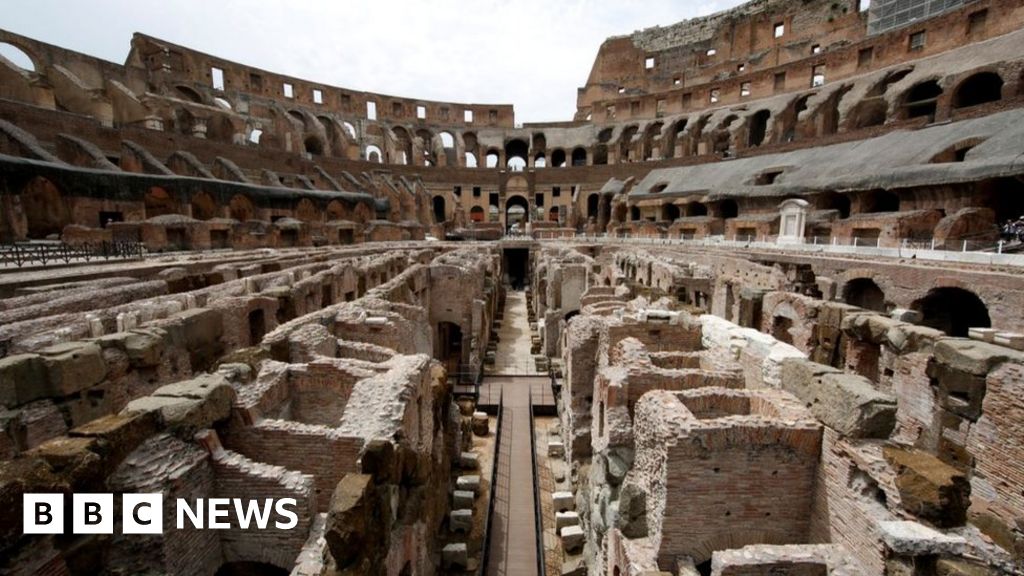 Relics like these provide a snapshot into the "experience and habits of those who came to this place during the long days dedicated to the performances", said Alfonsina Russo, Director of the Colosseum Archaeological Park.

Researchers say bones from bears, lions and jaguars were probably left by animals that were forced to fight each other and gladiators for entertainment. Smaller animal bones belonging to dogs were also found.

A selection of fruit seeds, stones, & pits recovered from the drainage system of the Colosseum in #Rome, remains of the snacks eaten by #Roman spectators watching the games in the arena up to 1900 years ago #RomanArchaeology pic.twitter.com/qrSSRQUIYB

The study began in January 2021 and involved the clearance of around 70m (230ft) of drains and sewers under the Colosseum, which remains one of Italys most visited landmarks.

The Colosseum was the biggest amphitheatre in the Roman Empire, falling into disuse around 523 AD. It was famous for hosting gladiatorial fights and other public spectacles in front of crowds of tens of thousands.

Ancient coins were also discovered in the dig, including 50 bronze coins dating back to the late Roman period, spanning roughly 250-450AD and a silver commemorative coin from around 170-171AD celebrating 10 years of Emperor Marcus Aurelius rule.

First UK coal mine in decades approved despite climate concerns

Former Nazi Secretary of Evil, 97, speaks out for the first time