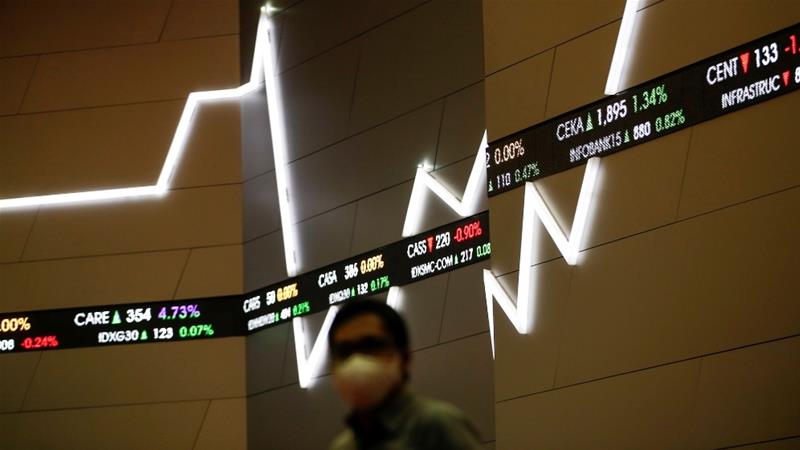 Asian stock markets declined Thursday after the U.S. Federal Reserve indicated its benchmark interest rate will stay close to zero at least through 2023 but announced no additional stimulus plans.

Wall Street’s benchmark S&P 500 index closed down 0.5% after the Fed said it won’t raise interest rates until inflation reaches 2%, which the U.S. central bank’s own projections show it doesn’t expect until late 2023.

Chairman Jerome Powell promised the Fed “we will not lose sight of the millions of Americans that remain out of work” but gave no indication of new stimulus.FEATURED STORIES BUSINESS DITO picks US cybersecurity provider BUSINESS Everyday, reinvented: Cross into the future with new Corolla Cross BUSINESS 30 infra projects to be built via PPP

Markets “hoped for the Fed to put policy money where the mouth is” but “ended up a tad disappointed,” Mizuho Bank said in a report. The Fed was “long on talk and short on action.”

Global markets have recovered most of this year’s losses, boosted by central bank infusions of credit into struggling economies and hopes for a coronavirus vaccine.

U.S. investors are counting on Congress for a new support package after additional unemployment benefits that help to support consumer spending expired, but legislators are deadlocked on its possible size.

The Fed forecast the economy will shrink 3.7% this year, an improvement over its June outlook of a 6.5% drop. The Fed projected an unemployment rate at the end of the year of 7.6% instead of the 9.3% projected in June.

In energy markets, benchmark U.S. crude oil for October delivery lost 28 cents to $39.88 per barrel in electronic trading on the New York Mercantile Exchange. The contract rose $1.88 on Wednesday to $40.16.