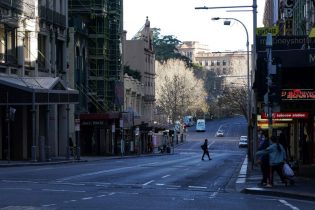 SYDNEY: Australia’s prime minister apologised for a sluggish COVID-19 vaccination programme on Thursday, while the country’s most populous state reported its biggest one-day spike in infections in 16 months and warned cases would likely rise further.

Australia was widely lauded for containing the pandemic in 2020, but it has struggled this year to slow the spread of the highly contagious Delta variant even with more than half its 25 million population under a weeks-long lockdown.

The curbs, which Treasurer Josh Frydenberg said was costing the economy about A$300 million ($220 million) daily, and the likelihood that they will stay in place with less than 15% of the adult population fully vaccinated have stoked public anger.

“I’m sorry that we haven’t been able to achieve the marks that we had hoped for at the beginning of this year,” Prime Minister Scott Morrison told reporters in Canberra.

The government says it will meet its target to inoculate its adult population by end-2021 as millions of vaccine doses arrive from Pfizer and Moderna in the coming weeks.

Earlier in the day, New South Wales (NSW), Australia’s most populous state, reported 124 new COVID-19 cases, versus 110 a day ago, the highest in 16 months.

“We anticipate case numbers will continue to go up before they start coming down and we need to brace ourselves for that,” said Gladys Berejiklian, premier of NSW.

The biggest concern is the number of people moving around in the community before being diagnosed, which was 48 on Wednesday in NSW, state health authorities say.

“The vaccine is key to our freedom.” In Victoria, to the south of NSW, all the 26 new cases were linked to known chains of transmission and 24 were in quarantine throughout their infectious period, the state authorities said.

Philippine President Duterte restores security pact with the US