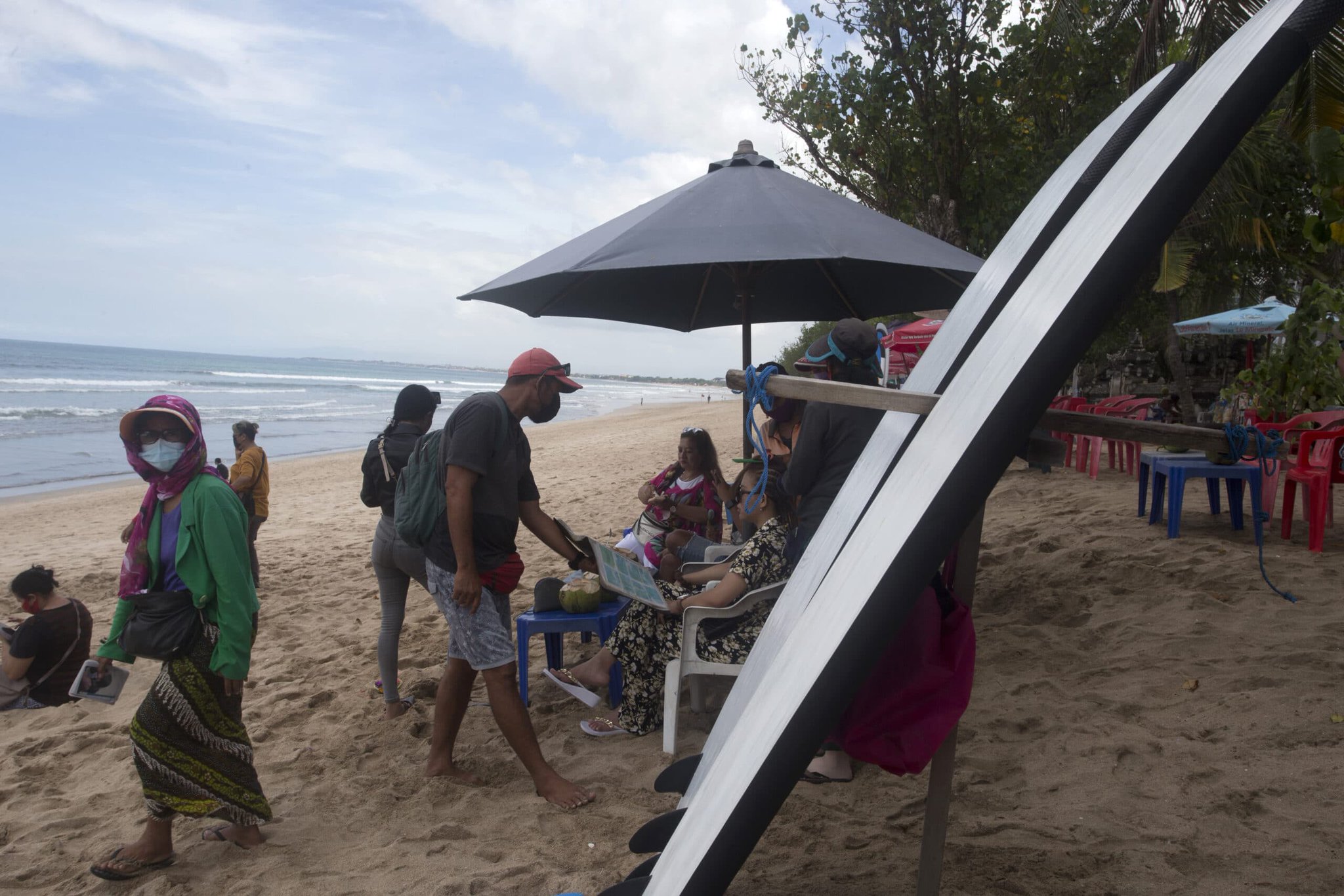 (DENPASAR, Indonesia) — The Indonesian resort island of Bali welcomed international travelers to its shops and white-sand beaches for the first time in more than a year Thursday — if they’re vaccinated, test negative, hail from certain countries, quarantine and heed restrictions in public.

President Joko Widodo credited Bali’s high vaccination rate, and the country’s COVID-19 caseload has also declined considerably. Indonesia has had around 1,000 cases a day in the past week after peaking around 56,000 daily in July.

Bali’s Ngurah Rai International Airport will welcome new foreign arrivals from 19 countries that met World Health Organization’s criteria such as having their COVID-19 cases under control, Luhut Binsar Pandjaitan, the government minister who leads the COVID-19 response in Java and Bali, said in a statement late Wednesday.

He said all international flight passengers must have proof they’ve been vaccinated two times, test negative for the coronavirus upon arrival in Bali and undergo a 5-day quarantine at designated hotels at their own expense. They’ll also have to follow stringent rules at hotels, in restaurants and on beaches.

Tourism is the main source of income on the idyllic “island of the gods” that is home to more than 4 million people, who are mainly Hindu in the mostly Muslim archipelago nation. Bali’s tourist areas were deserted two decades ago after visitors were scared off by deadly terror attacks that targeted foreigners, but the island has worked to overcome that image.

Foreign tourist arrivals dropped six-fold from 6.2 million in 2019 to only 1 million in 2020, while 92,000 people employed in tourism lost their jobs and the average room occupancy rate of classified hotels in Bali was below 20%. Statistics Indonesia data showed the island’s economy contracted 9.31% year-on-year last year.

After closing the island to all visitors early in the pandemic, Bali reopened to Indonesians from other parts of the country in the middle of last year. That helped the island’s gross domestic product grow a modest 2.83% in the second quarter this year, ending five consecutive quarters of contraction.

The July surge, fueled by the delta variant, again totally emptied the island’s normally bustling beaches and streets. Authorities restricted public activities, closed the airport and shuttered all shops, bars, sit-down restaurants, tourist attraction spots and many other places on the island. It reopened to domestic travelers in August.

Sang Putu Wibawa, the general manager at Bali’s Tandjung Sari Hotel, said only two of its 40 rooms were occupied on average and he hoped the reopening would help the occupancy rate back to normal.

“We have been waiting for this moment for so long,” he said. “This outbreak has hammered the local economy … we are very excited to welcome foreign guests by observing health protocols.”

Widodo said deciding to reopen Bali was based on its high vaccination rate as well as wanting to revive its economy. He said more than 80% of the Bali population has been fully vaccinated.

“Based on this situation, I am optimistic and we have decided to reopen international flights to Bali,” Widodo wrote in his official Instagram on Saturday.

Overall, 59.4 million of Indonesia’s 270 million people are fully vaccinated and another 43.2 million are partially vaccinated. Indonesia has confirmed more than 4.2 million cases and 142,811 deaths from COVID-19, the most in Southeast Asia.