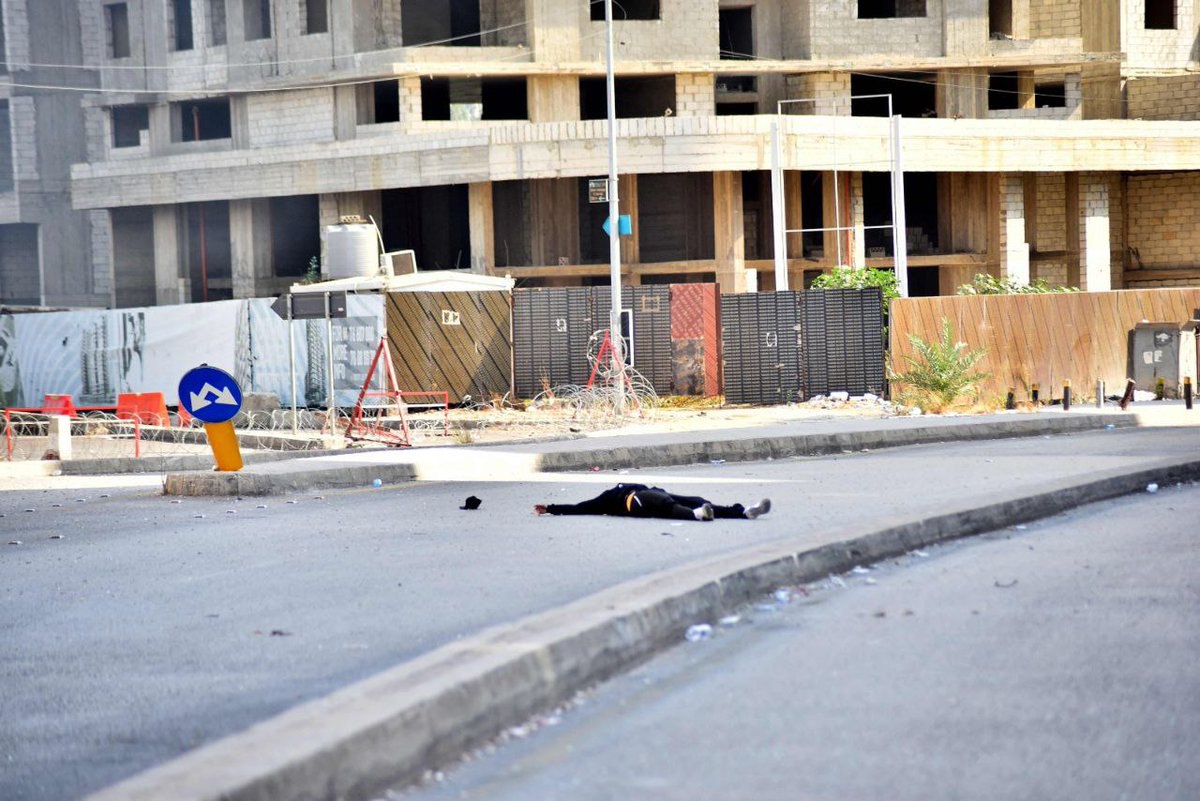 BEIRUT — Unknown gunmen in Lebanons capital opened fire, killing at least six people, at a protest Thursday over a judge who is leading an investigation into a blast that tore through Beirut last year. For hours afterward, gunfire rang out in the heart of the city.

Supporters of Hezbollah, Lebanon’s strongest political party and militant group, as well as the allied Amal movement, had taken to the streets to protest Judge Tarek Bitar, an hour after Lebanon’s highest court rejected a petition to replace him.

The brazen attack on Lebanon’s most powerful force, both militarily and politically, represented a dangerous escalation in a country that has been teetering on the edge of collapse for the past year.

The Red Cross, which sent teams to the scene, said six people were killed and 30 wounded. It was the fiercest clash in the city since 2008, when tensions between the U.S.-backed government and Hezbollah escalated into pitched street battles in which dozens died.

While no group claimed the attack, Imad Wakim, a lawmaker for the Lebanese Forces, a right-wing Christian rival of Hezbollah, said in a tweet that the confrontation is “between Hezbollah and what is left of free Lebanese from all sects, preserving what has remained of government institutions.”

Schools were evacuated as panicked parents flocked to pick up their children. Local media reported that residents on buildings’ higher floors were descending to avoid gunshots targeting the snipers believed to be on the rooftops. The shooting intensified as the second hour of clashes dragged on, and the fighting spread to other neighborhoods.

Bitar is the second judge to lead the investigation in the face of formidable opposition by various political parties in Lebanon, including Hezbollah, a U.S.-designated terrorist group.

Heavy gunfire sliced through downtown Beirut for hours, even as the army deployed and attempted to identify the snipers who shot at the protesters. When asked about the identity of the gunmen, spokesman, Col. George Khoury, just said, “We don’t know.”

“The deployed army units will fire on any armed person who is on the streets, and toward anyone who is firing from any other place, and asks citizens to empty the streets,” the military said in a statement.

The statement said protesters heading toward the Adlieh area in the capital were fired on and that the army had surrounded the area to locate those responsible.

A media coordinator for Hezbollah confirmed to The Washington Post that snipers shot at protesters from rooftops, killing several, and a woman died when a stray bullet struck her in her house. When asked about the affiliation or identity of the assailants, the media coordinator said, “No one can be accused until the whole truth becomes clear.”

In a joint statement, Hezbollah and Amal said, “This aggression by organized, armed groups aims to drag the country to purposeful disorder.” The groups implored the army to quickly intervene.

Local media reported that one sniper was caught, as well as the building caretaker. Around noon, at least five small explosions were heard close to the scene, shaking windows nearby, likely from rocket-propelled grenades.

Local television channels stressed a need for de-escalation to avoid a repetition of the civil war that destroyed much of the country between 1975 and 1990. Residential streets and the area around the Palace of Justice, where the protest was based, were stained with blood and littered with shell casings.