Maria Kolesnikova, the opposition activist leading protests against the autocratic rule of Belarusian President Alexander Lukashenko, is currently detained at the Belarus-Ukraine border after being abducted in Minsk, according to Belarusian state media. 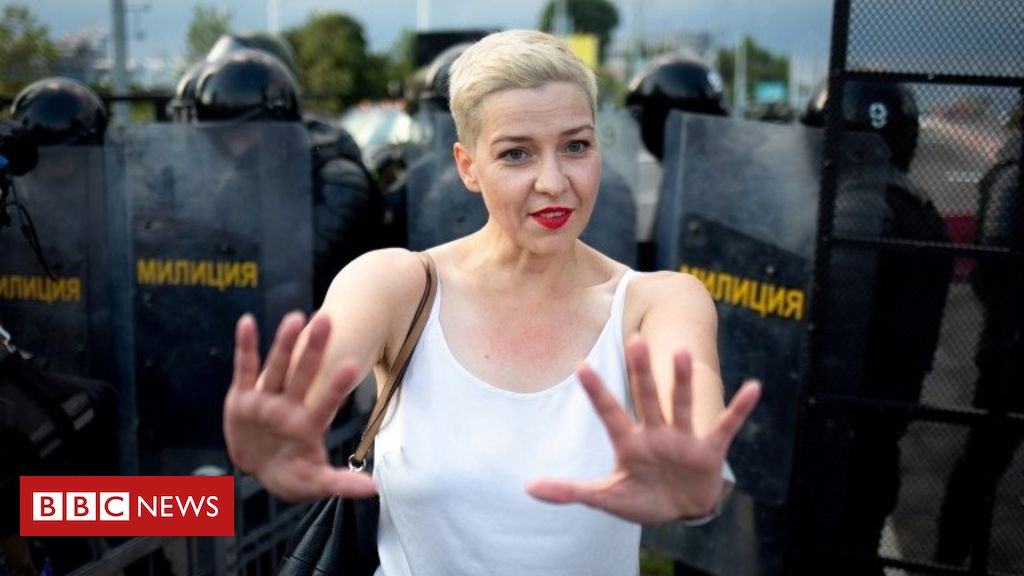 LONDON -- Maria Kolesnikova, the opposition activist leading protests against the autocratic rule of Belarusian President Alexander Lukashenko, is currently detained at the Belarus-Ukraine border after being abducted in Minsk, according to Belarusian state media.

Kolesnikova, a former musician who has become a vocal and visible leader on the streets of Minsk in the ongoing protests, went missing in the Belarus capital on Monday, with local news outlet Tut.By. reporting that she was last seen being bundled into a van by suspected Belarusian security agents in plainclothes and masks.

Initially, the Belarusian Ministry of Internal Affairs had no information to offer on the disappearance of Kolesnikova and two other opposition figures, Anton Ronenkov and Ivan Kravtsov, who went missing around the same time. But Belaruss state news agency Belta reported on Tuesday that the three activists were attempting to illegally leave the country for Ukraine.

Ukraines deputy interior minister, Anton Gerashchenko, wrote on Facebook that Belarusian security services were in fact trying to forcibly deport Kolesnikova and her colleagues. Kolesnikova has refused to leave while Renonkov and Kravtsov entered Ukraine early Tuesday morning, which Geraschenko noted "was not a voluntary trip" but rather "a violent expulsion from their home country."

"They couldn’t expel Maria Kolesnikova from Belarus because that brave woman took measures not to allow her move across the border," Gerashchenko said in the Facebook post Tuesday. "She remained on the territory of the Republic of Belarus. [President] Alexander Lukashenko personally bears all responsibility for her life and health."

Another top Belarusian opposition activist, Pavel Latushko, fled the country on Monday, meaning there are currently just two members of the oppositions Coordination Council inside Belarus who have not been detained. In a recent interview with Polish news channel TVN24, Latushko said that Kolesnikova "tore up her passport" at the Belarus-Ukraine border so she could not be deported.

The incident comes amid a growing crackdown on protesters calling for an end to Lukashenko’s 26-year-rule. In an interview Tuesday with Russian radio station Govorit Moskva, the embattled leader, known as "Europe’s last dictator," admitted that he "may have overstayed a bit" in his post as Belarus president but said he will not be leaving "just like that."

"Ive been building up Belarus for a quarter of a century," Lukashenko was quoted by Govorit Moskva as saying, via its Telegram channel. "I wont give all that up just like that. Besides, if I go, my supporters will be massacred."