More info here: Ben Gvir to get newly created role of national security minister in deal with Likud via @timesofisrael. 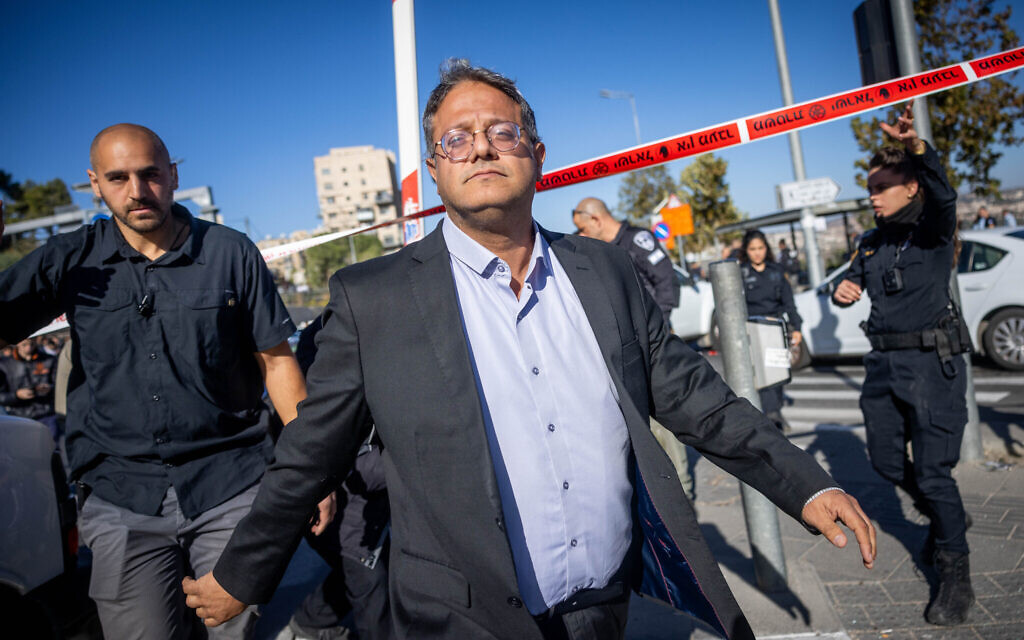 Likud and Otzma Yehudit agreed early Friday on the positions the far-right party will hold in the incoming government, with Itamar Ben Gvir to serve in the newly created position of National Security Minister (an expanded public security minister role).

In addition to the National Security Ministry, the party will also hold the altered portfolio of the Development of the Negev, Galilee and National Fortitude Ministry (English translation as yet unofficial); the heritage portfolio, the role of deputy minister in the Ministry of Economy; chairmanship of the Knesset’s Public Security Committee; and rotating chairmanship of the Special Committee for the Israeli Citizens’ Fund (which oversees state revenue from gas drilling).

The Negev and Galilee Ministry will be headed up by Otzma Yehudit No. 2 Yitzhak Wasserlauf, and Amichai Eliyahu will take on the Heritage Ministry portfolio.

The Negev and Galilee Ministry will receive an annual budget of NIS 2 billion and will also be responsible for carrying out the regulation of new West Bank settlements.

Ben Gvir’s ministry will have control over the Border Police’s West Bank division, which currently falls under the Defense Ministry with some input from the Public Security Ministry.

The move means the far-right party leader will have control over Border Police troops involved in policing riots in the West Bank as well as the evacuation of outposts.

Last year, the military updated its rules of engagement to allow soldiers to more easily open fire at suspected gun thieves and smugglers, in a bid to crack down on crime. It was not immediately clear what the impact of the legislative change would be.

In a statement, Ben Gvir said the deal was “a big step toward signing a full coalition agreement and establishing a full right-wing government,” and that it would partner with earlier agreements with Likud such as the formal regulation of the flashpoint West Bank Homesh yeshiva and Evyatar outpost.

Earlier this week, two former senior police officials publicly warned that anticipated changes to the relationship between the police force and the public security minister (as the role is known now), demanded by Ben Gvir, could spell the end of Israeli democracy.

The accord with Otzma Yehudit signaled Likud leader Benjamin Netanyahu’s slow but steady progress in his efforts toward forming a coalition following this month’s election, as he moved closer to clinching full deals with Otzma Yehudit and the Haredi Shas party.

The protracted negotiations have dampened Netanyahu’s hopes of quickly forming a government after the November 1 election delivered the bloc he leads a 64-seat majority in the 120-lawmaker Knesset. Talks have hit roadblocks from his partners’ spiraling and sometimes competing demands.

Who started it? Putin sips champagne as he defends assault on Ukrainian civilian infrastructure

Kremlin critic Ilya Yashin jailed for eight and a half years, in latest blow to whats left of Russian opposition