Channel migrants: Why politics is dominating the debate on migrants

Channel migrants: Why politics is dominating the debate on migrants 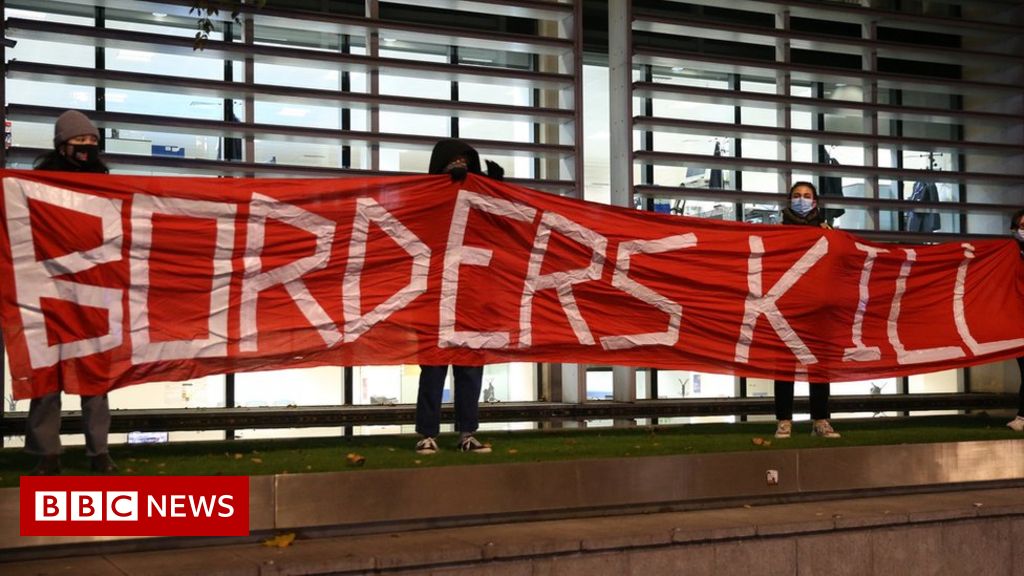 In France, in Brussels and the UK, there have been expressions of remorse and sadness at the loss of human life in the Channel. Yet, at the same time, politics is interwoven into the migration and asylum debate wherever you look.

First: domestic politics. Boris Johnson promised to "take back control" of UK borders after Brexit, but the influx of dinghy arrivals across the Channel doesnt exactly scream watertight borders. And the EU is keen to point out that the "skinny" Brexit deal Mr Johnson wanted, keeping Brussels very much at arms length, didnt allow for a migration agreement that might have come in useful now.

As for Emmanuel Macron, he is heading into a hotly contested presidential election in France. Under pressure from the political right and the far right, hes keen to come across as a security-conscious nationalist. Thats why he cited "national sovereignty" when he once again refused the British offer of joint patrols on French beaches and waters. His government mutters that the UK should understand the sovereignty argument in the light of its Brexit vote.

The UK Home Secretary Priti Patel says shell send officials and law-enforcement officers to Paris on Friday to intensify joint cooperation and intelligence-sharing. But you need trust to work hand-in-hand and, right now, UK-French relations are frosty to say the least.

France was perceived as bad cop by the UK during the often fraught Brexit negotiations with the EU. Post-Brexit, the two sides are at loggerheads over a small number of fishing permits France accuses the UK of holding back on (the UK denies the allegation). And theres bad blood between the two over the implementation of the Northern Ireland Protocol, signed by the EU and UK as part of the Brexit divorce deal to safeguard peace and avoid a hard customs border down the island of Ireland.

Adding to those tensions, France is still smarting from the recent security agreement between the UK, US, and Australia, which it only found out about at the very last moment - and which cost Paris a lucrative submarine contract.

He may have spurned UK offers of extra boots on the ground along Frances sprawling northern coastline, but he has called on Brussels for help. After all, says Mr Macron, the asylum-seekers and others in Calais, hoping to head for the UK, didnt appear by magic. They will have crossed other EU countries to get here.

Mr Macron knows that "irregular migration", as its often referred to, is all-too familiar at the EUs various external borders. Remember the 2015 refugee and migrant crisis, affecting the blocs southern rim? And recently Poland asked for EU help in the East along the border with Belarus.

Irregular migration to richer countries is not going to disappear as long as theres poverty, war, persecution and environmental refugees in other parts of the world.

Germany has been open to taking in large numbers of refugees and asylum-seekers. Its government-in-waiting, taking over from Angela Merkel, wants to promote more legal migration as a means of deterring men, women and children from making perilous sea-crossings in flimsy, overcrowded dinghies. But Hungary and others in central and eastern EU states favour the "fortress Europe" option, making external borders as impenetrable as possible.