China-Backed Hackers Broke Into 100 Firms and Agencies, US Says 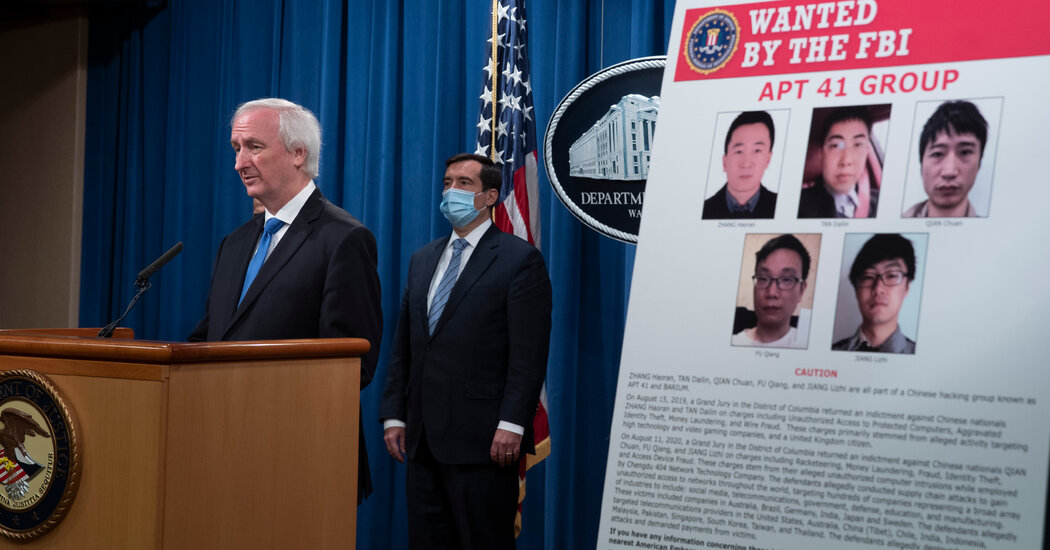 “We have unsealed three indictments that collectively charge five Chinese nationals with computer hacking and charged two Malaysian nationals for helping some of those hackers target victims, and sell the fruits of their hacking. The Chinese defendants targeted well over 100 victims worldwide in a variety of industries and sectors that are sadly part of the standard target list for Chinese hackers. These criminal acts were turbocharged by a sophisticated technique referred to as a‘ supply chain attack,’ in which the Chinese hackers compromised software providers, software that providers around the world had, and modified the providers’ code to install back doors that enabled further hacks against the software providers’ customers.” “These intrusions allowed hackers to steal source code, customer account data and personally identifiable information. Several of these defendants also defrauded video game companies through manipulation of in-game resources to increase their illicitly obtained income. These for-profit criminal activities took place with the tacit approval of the government of the People’s Republic of China.”

WASHINGTON — The Justice Department said on Wednesday that a group of hackers associated with China’s main intelligence service had infiltrated more than 100 companies and organizations around the world to steal intelligence, hijack their networks and extort their victims.

The United States government presented the allegations in a set of three indictments unsealed on Wednesday that showed the scope and sophistication of China’s attempts to unlawfully advance its economy and to become the dominant global superpower through cyberattacks. The indictments also said some of the hackers had worked with Malaysian nationals to steal and launder money through the video game industry.

“The Chinese government has made a deliberate choice to allow its citizens to commit computer intrusions and attacks around the world because these actors will also help the P.R.C.,” Deputy Attorney General Jeffrey A. Rosen said, referring to the People’s Republic of China in a news conference where he announced the charges.

The acting U.S. attorney for the District of Columbia, Michael R. Sherwin, said some of the perpetrators viewed their association with China as providing “free license to hack and steal across the globe.”

They had such reach partly because they used a so-called supply chain attack that enabled them to break into software companies and embed malicious code in their products. Once those products were installed in other systems, the hackers could use the code that they had planted to break in. The attack described by Justice Department officials on Wednesday was among the first supply chain attacks publicly revealed in a U.S. indictment of Chinese nationals.

Some of the Chinese hackers also worked with two Malaysian businessmen to use video game platforms to steal from the companies and launder illegal proceeds. The businessmen, Wong Ong Hua and Ling Yang Ching, were arrested on Monday in Malaysia, officials said.

The criminal computer activity and the hackers had been tracked by cyberresearchers under the group names Advanced Persistent Threat 41, Barium, Winnti, Wicked Panda and Panda Spider, officials said.

“They compromised video game distributors to proliferate malware, which could then be used for follow-up operations,” said John Hultquist, a cybersecurity expert.