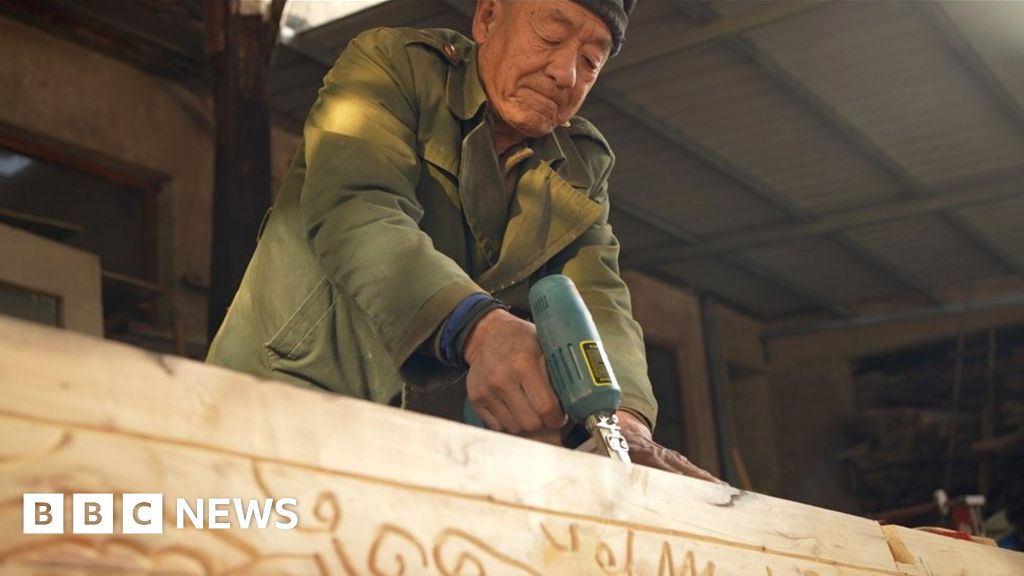 The coffin makers of northern Shanxi province have been busy. We watched the skilled craftsmen as they carved elaborate decorations into the freshly-cut wood. Over recent months, they say, they havent had time to stop.

One villager, a customer, told us that at times the coffins have sold out. Laughing with a dose of the black humour you find in the area, he added that those in the funeral industry had been "earning a small fortune".

Some 80% of the population - more than a billion people - have been infected since China scrapped restrictions in December, according to leading epidemiologist Wu Zunyou. Last weekend China reported 13,000 Covid-related deaths in less than a week, adding to the 60,000 deaths it has counted since December.

But these deaths have been in hospitals. In rural areas there are only sparse medical facilities and those who die at home are mostly not being counted.

We visited a crematorium and they too have been busy, mourners dressed in white walking forward carrying the ceremonial box which would eventually contain the remains of a loved one.

In another village, we saw one man and woman loading huge tissue paper birds onto the back of a flatbed truck. "Theyre cranes. You ride the crane into the afterlife," the woman said.

As they packed up other elaborate, Buddhist images newly made from tissue paper they said theyd had an explosion in demand for their funeral decorations, two or three times whats normal.

Everyone we met in this part of Shanxi who is connected to the funeral industry told us a similar story about an increase in deaths and they all attributed it to the coronavirus.

"Some sick people are already very weak," one man said as he continued to load the truck. "Then they catch Covid, and their elderly bodies cant handle it."

The courtyard at the family house was filling up with decorations for the ceremony. Mr Wang told us there were still more images, flowers and the like to come.

How To Kill An Abrams! Russian ‘Experts’ Issue A Guidebook On Where & How To Destroy The US Main Battle Tank

After 3 years of Covid, CNN went into rural China for Lunar New Year Heres what we found and how officials tried stopping us