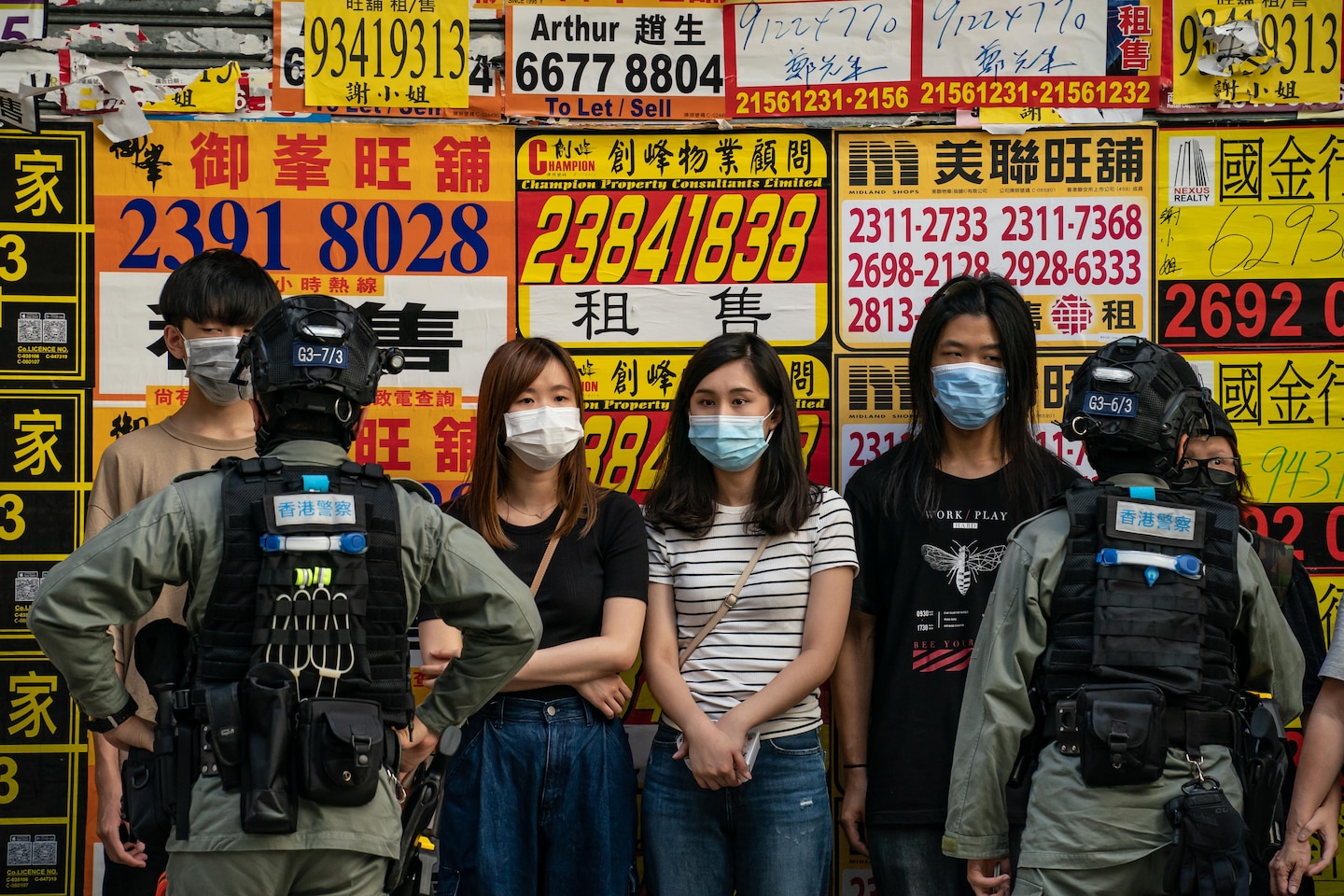 China on Tuesday adopted a contentious national security law that will allow Beijing to override Hong Kong’s judicial system and target political opponents in the city, stripping the territory of autonomy promised under the handover agreement with Britain and raising the prospect of further retaliation from Washington.

The move has strained China’s relations with the United States and other Western nations, with Secretary of State Mike Pompeo saying on Friday that Washington would place visa restrictions on Chinese officials responsible for curtailing freedoms in Hong Kong. On Monday, China said it would impose reciprocal measures on unspecified American officials, while the U.S. Commerce Department suspended some of Hong Kong’s preferential trade treatment under U.S. law.

Chinese lawmakers voted unanimously to push through the law on the eve of the 23rd anniversary of Hong Kong’s handover on July 1, 1997, according to official Communist Party-backed media outlets in Hong Kong. The date is usually marked by a massive march in Hong Kong, but the city’s police have banned the event this year, citing social distancing rules and the potential for violence.

According to a summary of the law published earlier by the state-run Xinhua News Agency, the law will establish a Commission for Safeguarding National Security in Hong Kong, which answers to the central government and whose remit covers secession, subversion of state power, terrorism and collusion with foreign forces — charges frequently leveled against critics of the ruling Communist Party.

Officials in Hong Kong say they have not seen precise details of the law, though the Hong Kong government has undertaken a promotional campaign urging people to support it. Asked about the measures at a news conference on Tuesday, Chief Executive Carrie Lam said it was not appropriate to comment.

After months of sometimes-violent protests in Hong Kong against Beijing’s encroachment last year, the new security law has heightened doubts about Hong Kong’s future as a global financial hub and a regional base for international companies that for years were drawn by the city’s relative freedoms. With those freedoms now in rapid retreat, many Hong Kongers say they are planning to flee the city.

Activists are bracing for arrests of pro-democracy figures such as media tycoon Jimmy Lai, lawyer Martin Lee and young activist Joshua Wong, all of whom have been targeted for years by Beijing and demonized by Chinese state media. Other, less prominent figures and those arrested over their participation in pro-democracy protests also fear that the sting of the new laws will soon reach them.

“It is a really tough time for us. I hope that next week, I will still be able to answer phone calls from journalists,” Wong said in an interview on Monday. “Now is the time for the world to support Hong Kong people, and it is only more global pressure that can ensure my personal safety.”

Student activists also say their teachers have asked them to stop taking interviews with the foreign press, or engaging with any activism once the national security law passes.

“I am afraid. My parents have told me that if the national security law has passed, you should move to Taiwan or somewhere else,” said Charis Wong, a founder of Ideologist, a group of pro-democracy high school students. “But we can’t change the fact that the Communist Party has already targeted us.”

Beijing has been pressing Hong Kong’s politicians to enact such a national security law since the 1997 handover, but previous attempts by local officials were halted by heavy protests. This time, Beijing is going to the extraordinary step of circumventing Hong Kong’s lawmakers, invoking a previously disused provision in the city’s mini-constitution.

Victor Gao, a former Chinese Foreign Ministry official who is now a chair professor at China’s Soochow University, said that the protests in Hong Kong last year prompted Beijing to push through the law, after years of waiting for the city to enact it itself.