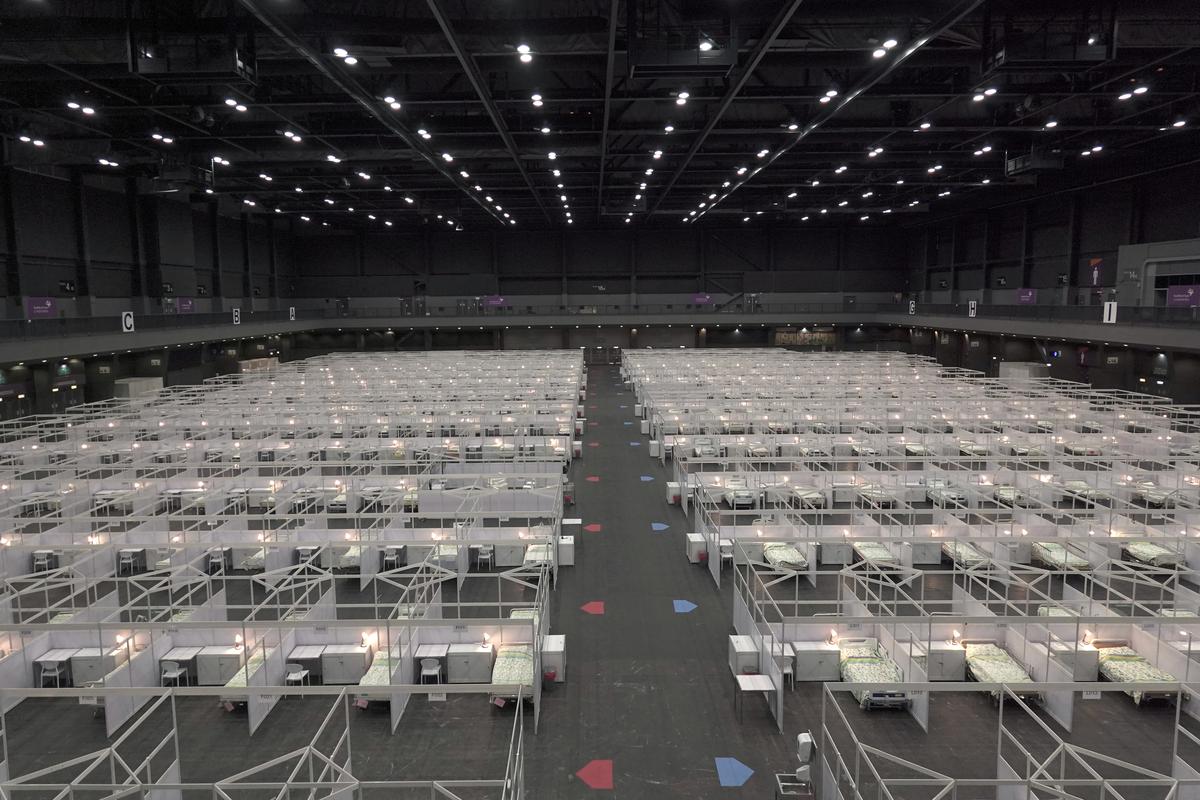 HONG KONG (Reuters) - Seven Chinese health officials arrived in Hong Kong on Sunday, the first members of a 60-person team that will carry out widespread COVID-19 testing in the territory as it races to halt a third wave of illness.

The city has reported around 3,500 coronavirus cases and 34 deaths since January, far lower than many other global metropolitan centres. But the daily number of new infections has been in three digits for the past 12 days.

Members of the testing team, co-ordinated by the Chinese government, are mostly from public hospitals in Guangdong province, China’s National Health Commission said.

A group of local Hong Kong councillors said on Sunday that some local residents fear China may use their presence as an opportunity to collect DNA samples for surveillance purposes.

The territory’s government denied the claims, saying virus testing would only be conducted in the city and samples would not be transported to the mainland.

In June, to widespread criticism in the West, Beijing imposed a security law on the territory to tackle what China defines as secession, subversion and collusion with foreign forces, punishable by up to life in prison.

Hong Kong government leader Carrie Lam said on Saturday it had asked for help from Beijing due to the resurgence in cases. She said the government was studying whether everyone in Hong Kong could be tested, local broadcaster RTHK reported.

Following a surge in locally transmitted coronavirus cases in July, the territory introduced curbs including restricting gatherings to two people and mandating face masks in all outdoor public spaces.