Billionaire venture capitalist Peter Thiel made waves Tuesday when he suggested that bitcoin could be thought of as “in part a Chinese financial weapon against the U.S.,” because, he argued, bitcoin undermines the U.S. dollar’s status as the world’s reserve currency.

“From China’s point of view, they don’t like the U.S. having this reserve currency because it gives the U.S. a lot of leverage over Iranian oil supplies and all sorts of things like that,” the PayPal founder and Facebook board member said during a virtual event for the Richard Nixon Foundation. Bitcoin he added, “threatens fiat money, but it especially threatens the U.S. dollar, and China wants to do things to weaken it.”

In 2018, for instance, Thiel told CNBC that he saw bitcoin as an excellent store of value, but not something that would likely be used for everyday transactions. “I’m not talking about a new payments system,” because transaction costs are too high, Thiel said. Rather, “it’s like bars of gold in a vault that never move, and it’s a sort of hedge against the whole world going falling apart,” he said.

Investors often liken bitcoin to gold, traditionally viewed as a hedge against inflation or a serious economic downturn, and some analysts have used gold’s current market capitalization as a means to calculate a price target for bitcoin over the long term. But conceiving of bitcoin as digital gold by definition means that it will not serve as a replacement for the dollar as a medium for everyday transactions.

As for whether bitcoin threatens the U.S. dollar as the world’s reserve currency, most economists are doubtful. “The dollar is the world’s premier reserve currency because it has a stable value (low inflation), a large supply of safe assets and the credibility of the U.S. economic and legal system,” said Agustin Carstens, general manager of the the Bank for International Settlements, said in a January speech.

“Investors can also easily access the U.S.’s deep and efficient capital markets, without worrying about capital controls” he added. “These factors are likely toremain the primary drivers of global reserve currency status.”

Bitcoin does not share the traits listed above: it does not maintain a stable value and its fixed number of coins means that it can’t keep up with an insatiable global demand for safe assets like the U.S. debt market can. Indeed, investor willingness to fund more than $21 trillion in U.S. public debt, often at negative real interest rates, shows that the U.S. dollar continues to have massive appeal even as cryptocurrencies go mainstream.

Furthermore, China’s actions over the past decade show that it is deeply skeptical of bitcoin and likely sees it as a threat to the power of the Chinese Communist Party. In 2017, the People’s Bank of China and five other ministries banned financings using cryptocurrency, like initial coin offerings, and banned the exchange of fiat money for cryptocurrency, according to Rain Xie of the Washington University School of Law.

She argued that a primary reason for this ban was China’s strict capital controls, aimed at preventing wealth from leaving China for other countries. To maintain these controls while allowing cryptocurrency transactions, Chinese banks would have been required to undertake “a technologically impossible mission of tracking and imposing limitations upon each encrypted, anonymous cryptocurrency transaction from every Chinese user.” 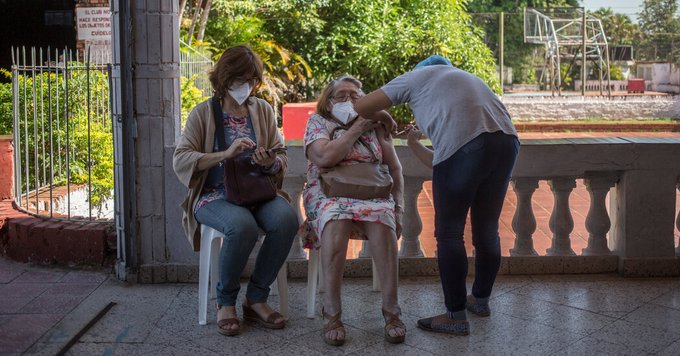