Almost nine million people will graduate and enter China’s job market this year at a time of great uncertainty, an issue that has the ruling Communist Party worried to the point that President Xi has made it a priority 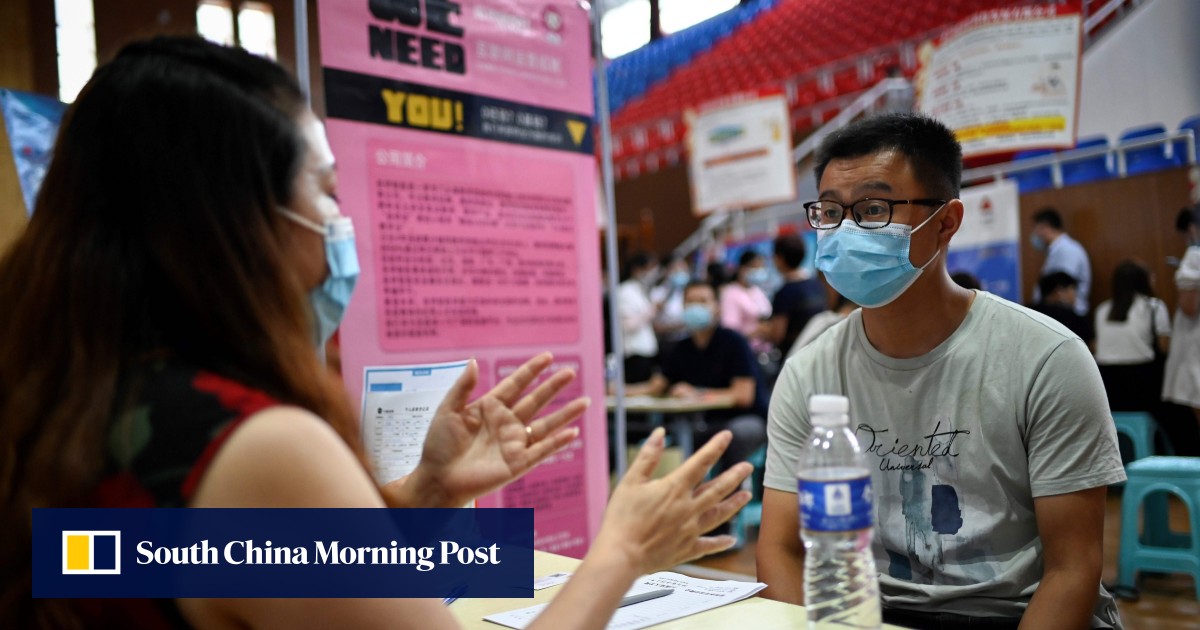 Ma, 26, is one of almost nine million people graduating and entering the job market this year at a time of great uncertainty, an issue that has the ruling Communist Party worried to the point that President Xi Jinping has made it a priority.

The world’s second-largest economy may have rebounded sharply from a historic virus-induced contraction, but its young graduate jobless rate in June was more than three times that for urban unemployment.

Ma was among hundreds of young faces streaming in and out of the job fair on a recent weekend in Zhengzhou, where employers in industries ranging from real estate to manufacturing were recruiting.

Aware of the risk that mass unemployment can spark political unrest — jeopardising the party’s pledge of prosperity in return for unquestioned political power — the government has been making efforts to boost graduate employment via state-owned enterprises (SOEs).

Although China‘s economy appeared to make a strong comeback in the second quarter — growing 3.2 percent on-year — analysts caution the rebound may be overestimated, with a gap re-emerging between national figures and higher-frequency data.

Louis Kuijs of Oxford Economics told AFP there is no doubt China is recovering, but the magnitude would determine if growth is “strong enough to re-absorb some of the labour market problems” that emerged earlier this year, such as layoffs.