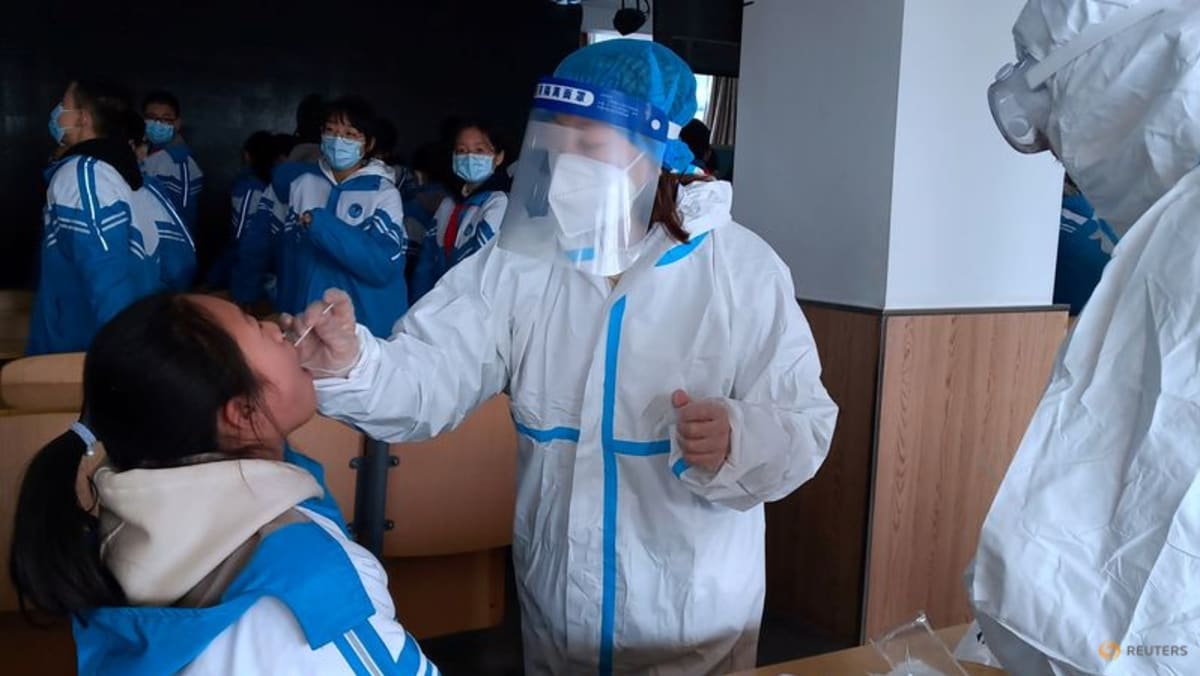 A medical worker collects a swab from a resident during a mass nucleic acid testing, following new cases of the coronavirus disease (COVDI-19), in Putian, Fujian province, China September 14, 2021. Picture taken September 14, 2021. cnsphoto via REUTERS ATTENTION EDITORS - THIS IMAGE WAS PROVIDED BY A THIRD PARTY. CHINA OUT.

BEIJING, Sept 15 (Reuters) - Chinas COVID-19 outbreak in Fujian province, which has reported 152 local cases in five days, has prompted cities in other parts of the country to issue travel warnings ahead of major holidays, though state media warn against imposing blanket travel curbs.

The travel warnings come ahead of the week-long National Day holiday starting on Oct. 1, a major tourist season, as well as a shorter Mid-Autumn Festival holiday next week.

Even though all new local cases in China since Sept. 10 were reported in southeastern Fujian province only, the northeastern city of Jilin, as well as Maoming and Guangzhou in the south, have advised people against non-essential trips out of their provinces. Shanxi and Heilongjiang provinces have also made similar advisories.

The cities of Chifeng and Hohhot in the northern autonomous region of Inner Mongolia have advised residents to stay put during the holidays, while Xian in Shaanxi province told residents to avoid leaving town for unnecessary reasons.

But state tabloid Global Times said in an editorial on Wednesday that local officials should not casually advocate blanket orders to stay put or turn such advocacy into a requirement.

"We should avoid a complete halt on a large scale. We have to strive for early detection of each outbreak. We also need to make sure that we can contain it faster so that it will cause less harm to the society."

Julian Evans-Pritchard, senior China economist at Capital Economics, said Chinas services sector was expected to rebound strongly from August, but efforts to contain the Fujian outbreak may disrupt the upcoming holidays, a key period for consumption.

The National Health Commission said on Wednesday that 50 new locally transmitted cases were reported for Sept. 14, compared with 59 infections a day earlier. All of them were in Fujian.

About 30,000 people travelled from Putian to other provinces from Aug. 26 to Sept. 10, state television reported on Monday citing estimates from health authorities, stirring concerns of contagion.