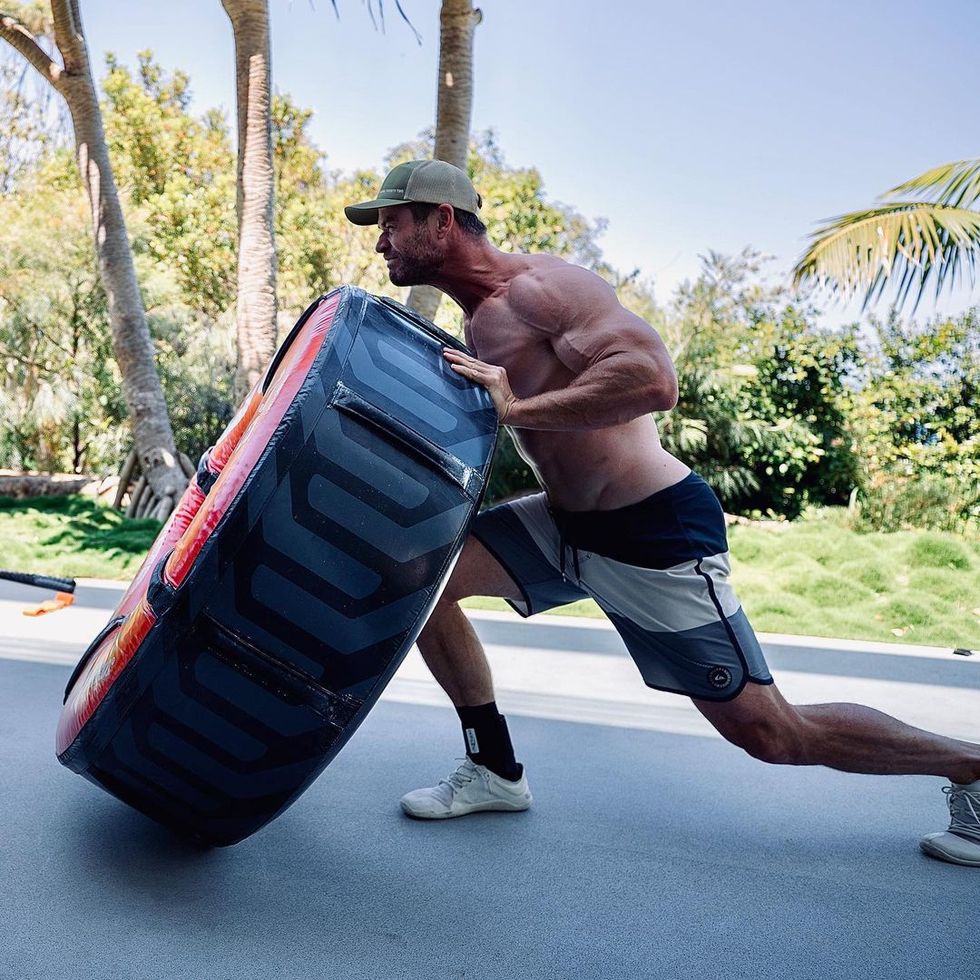 Like plenty of other leading men, Chis Hemsworth likes to post his workouts on social media, and has even got a side hustle going with his own fitness and wellbeing app, Centr, where he and his team share the workouts and meal plans that have helped him get into godlike shape to play Thor in the Marvel Cinematic Universe.

But in his latest progress pic on Instagram, in which he is captured flipping a tire (or “cheat day donut” as his tongue-in-cheek caption reads), the Australian actor is looking even more jacked than he did on the set of the Thor and Avengers movies. It’s in preparation for his next big project, where he will play ‘80s and ‘90s wrestling star Hulk Hogan.

Hemsworth has previously stated in interviews that his role in the upcoming Hogan biopic will require him to bulk up and physically transform more than any of his previous gigs. “I will have to put on more size than I ever have before, even more than I put on for Thor,” he said. “There is the accent as well as the physicality and the attitude... I will also have to do a deep dive into the rabbit hole of the wrestling world, which I’m really looking forward to doing.”

And Hemsworth’s hulking new frame didn’t go unnoticed by his Marvel co-stars. “Hey bud,” Pratt wrote in the comments. “Just heard from my trainer and he needs you to stop working out because since we’re gonna be in the same movie and everything he doesn’t want me to stand next to you if you look like that so I’m gonna need you to put on 25 lbs real quick cool thanks.”

This exchange seems to confirm what MCU fans have suspected ever since Hemsworth’s Thor joined Pratt’s Peter Quill aboard the Benatar at the end of last year’s Avengers: Endgame. Namely, that the Guardians of the Galaxy (sorry, that’s Asgardians of the Galaxy) will be making an appearance in the forthcoming fourth Thor movie, Love & Thunder.