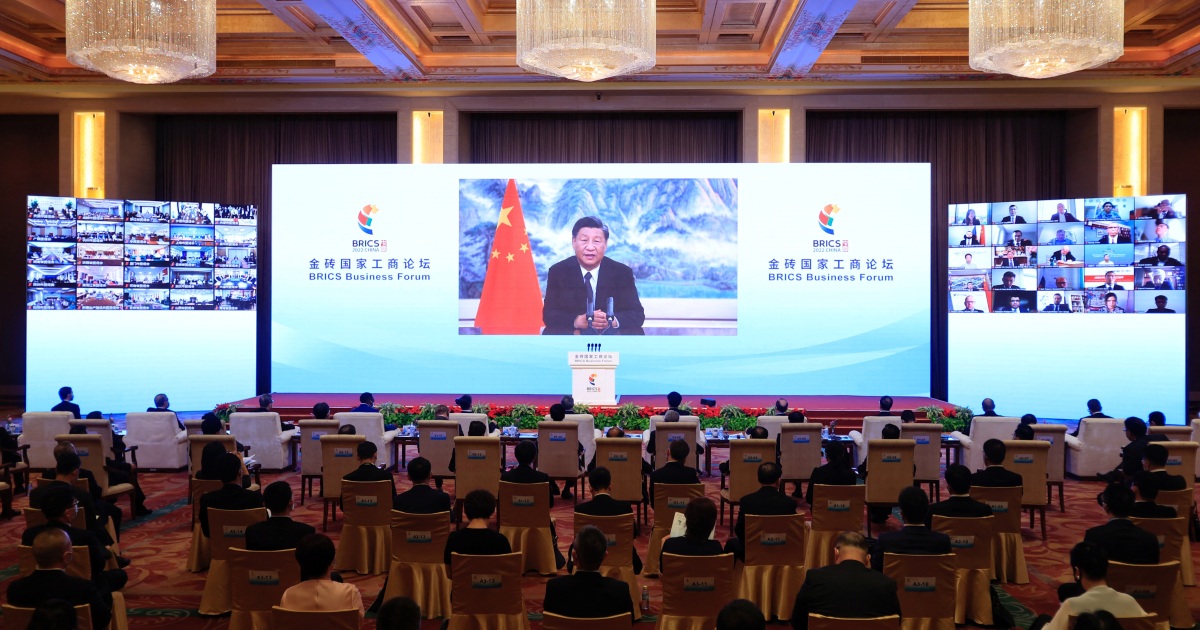 Chinese President Xi Jinping said the world should oppose unilateral sanctions and efforts by some countries to maintain their political and military power – a veiled shot at the United States and its allies over opposition to the war in Ukraine.

Xi’s remarks on Thursday at the virtual meeting of the leaders of Brazil, Russia, India, China and South Africa, known collectively as BRICS, reflect China’s tacit backing of Russia in the war in Ukraine and its desire to form an international alliance opposed to the US-led liberal democratic order.

Nations need to “reject the Cold War mentality and bloc confrontation, oppose unilateral sanctions and abuse of sanctions, and reject the small circles built around hegemonism by forming one big family belonging to a community with a shared future for humanity”, Xi was quoted as saying by the official Xinhua news agency.

“As the representatives of important emerging markets and major developing countries, at a critical juncture of historical development, it is important to the world that we make right choices and take responsible actions.”

Russian President Vladimir Putin, meanwhile, blamed “thoughtless and selfish actions of certain states” for the global economic crisis, adding, “honest and mutually beneficial cooperation” are the only way out of the situation.

“This crisis situation that has shaped in the global economy [is] caused by the thoughtless and selfish actions of certain states who, using financial mechanisms, essentially shift the blame for their own mistakes in the macroeconomic policy to the entire world,” Putin said.

The Russian leader also said BRICS’ influence globally was “steadily increasing” as the member countries deepened their cooperation and worked towards “a truly multipolar system of inter-state relations”.

China has sought to use the BRICS meetings to further its vision of an alliance to counter the US-led liberal democratic world order while expanding its economic and political footprint.

That has produced few tangible results, but Xi remains committed to the idea of an alternative — and principally authoritarian — mode of global governance, investing heavily in countries such as Cambodia while cracking down on civil rights in Hong Kong and boosting its military to assert its territorial claims in the South China Sea and threats to annex Taiwan by force.