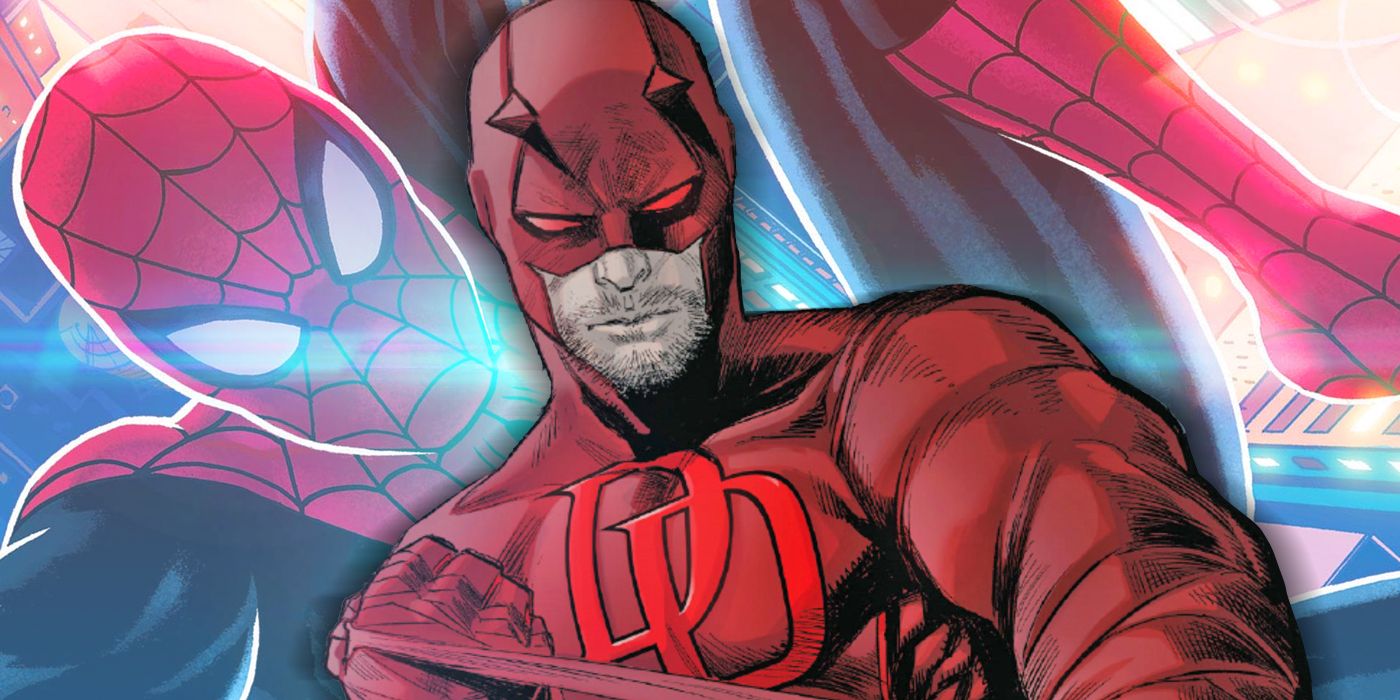 Peter Parker, aka Spider-Man, is arguably the most popular superhero in the world. His origin story has become a part of pop culture, as has the mantra given to him by his Uncle Ben: "With great power comes great responsibility."

Spider-Man has spent his entire superhero career doing his best to live up to those words, both on his own and more recently as a member of Earths Mightiest Heroes, the Avengers. However, Spider-Man was recently given a new lesson in responsibility courtesy of the Man Without Fear, Daredevil.

Matthew Murdock is a shadow of his former self in the first issue of his current series. He is nearly beaten by a group of street criminals and accidentally murders one of them as he struggles to take them down. This turn of events leads Daredevil down an even darker spiral.

In Daredevil #5, Spider-Man pays Matt a visit and talks to him about how much of a mess hes been. He then insists that Matt discontinue being Daredevil, threatening to take the Man Without Fear down if he fails to comply.

Already at one of the lowest stages in his life, Matt doesnt argue with Spidey, but instead simply hands over his mask. However, as the series progresses, Matt comes to terms with what he has done and realizes for himself that he has to become better. After nearly botching a rescue attempt of a Daredevil impersonator in issue #12, Matt begins to see the need for his Daredevil persona, but has to admit that he needs help getting back up to the task. Luckily, Elektra is around to help him train and get his skills back up to par.

In issue #20, Hells Kitchen is besieged by a group of supervillains and Matt is able to take them on. However, this doesnt sit well with Spider-Man and he pays Daredevil another visit, fully prepared to fight the blind vigilante in order to take him down. However, Matt pays Spidey little attention as he fully suits up as Daredevil for the first time in months.

As Spider-Man tenses up for a fight, Daredevil tells him that hes turning himself in. He then reminds Spidey that he is not the moral authority on responsibility and that Spider-Man has put as many people in the hospital as any costumed vigilante has, yet has not faced justice for his actions.

In his own way, Daredevil calls out Spider-Man for being a hypocrite and not taking responsibility for his own actions. He then reminds Spidey that coming into his apartment was an act of breaking and entering, before not so politely asking him to leave.

Spider-Man is left momentarily speechless by Daredevils words. It is indeed a breathtaking moment, as Spidey is normally seen as the authority on responsibility. Still, this issue serves as a testament that Spider-Man doesnt know all there is to know about the subject and still may have a few things to learn.

D. R. Bickham is a raving fan of Mixed Martial Arts and everything that has even a remote connection to superheroes. His hobbies dont include much more than reading comics, playing video games (especially RPGs) and writing books. He is the author of the "Unnatural Selection" series, which focuses on babies born with superhuman abilities, and is hoping that his own children display super powers at some point in the near future. He dreams of some day performing stand-up comedy in front of a live audience and singing onstage with his favorite rock group, Muse.