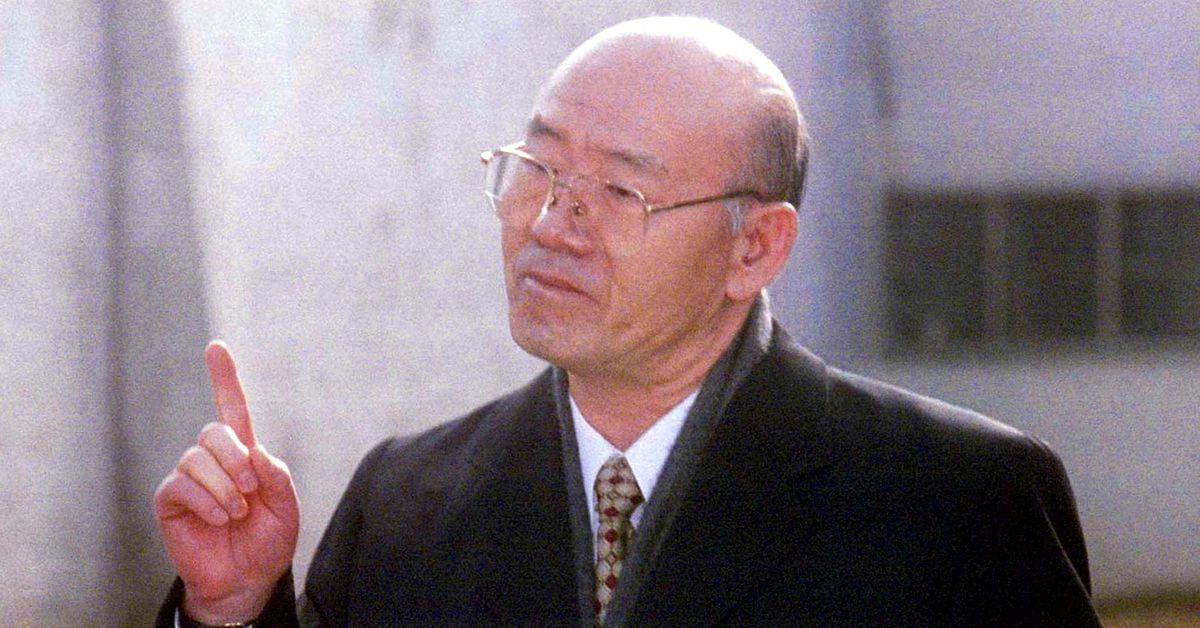 Former South Korean president Chun Doo-hwan, standing outside the walls of Anyang Prison, makes a point shortly after being released from the jail on a special pardon in Anyang December 22, 1997. REUTERS/Paul Barker

SEOUL, Nov 25 (Reuters) - The death this week of South Koreas last military dictator, Chun Doo-hwan, marks the end of a divisive chapter in the countrys modern history but leaves survivors of his regimes violence no closer to reconciliation or resolution.

Hundreds of people are estimated to have died or gone missing when the South Korean government violently put down the Gwangju uprising by pro-democracy protesters in May 1980, when Chun was the de facto leader of the country after leading a military coup.

Years after the massacre, many details remain unconfirmed, including who gave the orders for troops to open fire on protesters. Many victims remain unidentified.

"Im very worried that a lot of truth will be hidden with Chun Doo-hwans death," said 57-year-old Kim Young-man, who still carries a scar on his head from where a police officer struck him with a baton.

Kim holds out hope that former members of the regime will come forward to shine light on the bloody crackdown, but like many other victims, was disheartened that Chun died without showing significant remorse.

Months after leaving office in 1988 amid growing calls for democracy, Chun offered a formal apology for abuses during his leadership, including Gwangju.

But later he appeared to walk back some of that contrition, prompting victims to doubt the sincerity of that apology as he embraced a defiant and defensive stance to the end.

"Chun Doo-hwan was not the type of person to apologise," Kim said. "Yet if he had apologised, I think there would have been a possibility that Gwangju citizens who have been heartbroken for 41 years feel a little better."

More recently he was involved in other legal disputes, including being found guilty in 2020 of defaming a priest who claimed to have witnessed the Gwangju crackdown.

On Wednesday, a day after Chuns death, a group of 70 Gwangju survivors, including Kim, filed a lawsuit against the government seeking compensation for emotional damage.

Some victims have received compensation for their loss of work, but other claims for compensation for emotional and psychological trauma faced legal barriers until a Supreme Court ruling in September, said Lee Ki-bong, an official at the May 18 Memorial Foundation who works with the families.