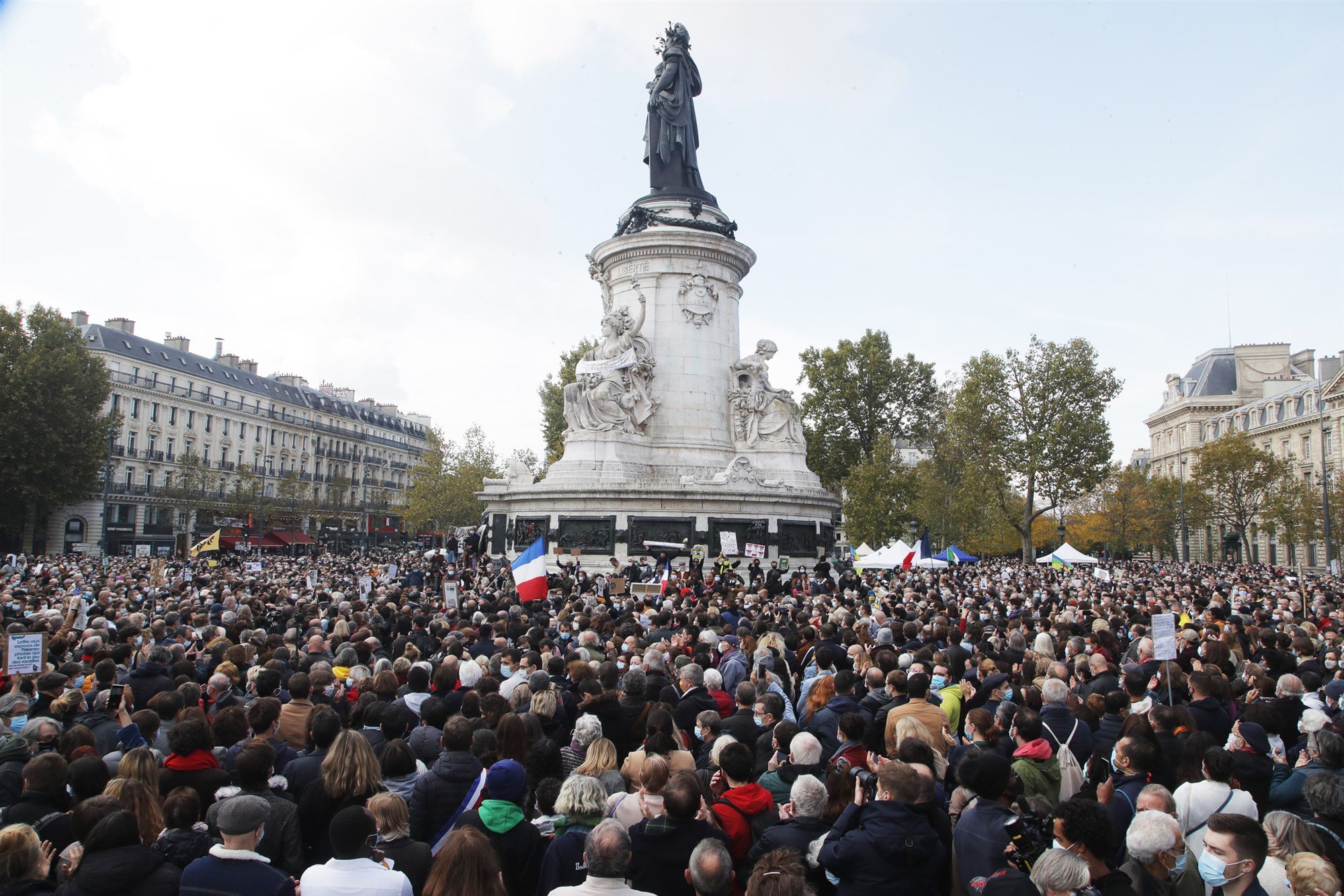 PARIS — Demonstrators in France on Sunday took part in gatherings in support of freedom of speech and in tribute to a history teacher who was beheaded near Paris after discussing caricatures of Islam’s Prophet Muhammad with his class.

Political leaders, associations and unions demonstrated Sunday on the Place de la Republique in Paris holding placards reading “I am Samuel,” that echoed the “I am Charlie” rallying cry after the 2015 attack on the satirical newspaper Charlie Hebdo, which published caricatures of the Prophet Muhammad.

Anti-terrorism prosecutor Jean-Francois Ricard said an investigation for murder with a suspected terrorist motive was opened. At least four of those detained are family members of the attacker, who had been granted 10-year residency in France as a refugee in March, was armed with a knife and an airsoft gun, which fires plastic pellets.

The prosecutor said a text claiming responsibility and a photograph of the victim were found on the suspect’s phone. He also confirmed that a Twitter account under the name Abdoulakh A belonged to the suspect. It posted a photo of the decapitated head minutes after the attack along with the message “I have executed one of the dogs from hell who dared to put Muhammad down.”

The beheading has upset moderate French Muslims. A group of imams in the Lyon region are holding a special meeting Sunday to discuss together what the group called "the appalling assassination of our compatriot by a terrorist who in the name of an uncertain faith committed the irreparable."