Disney Parks has revealed a first look at the realistic lightsaber tech that will debut at the Star Wars Galactic Starcruiser hotel in 2022. 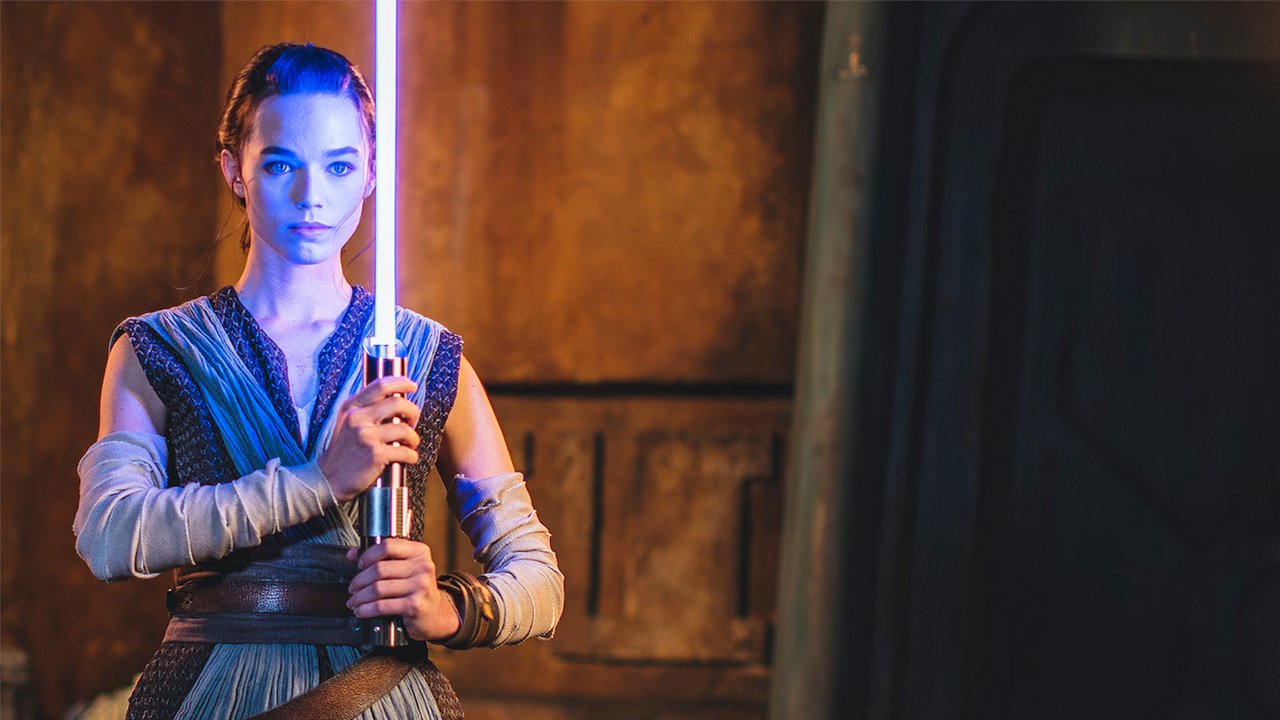 On the occasion of “May the 4th,” Disney released a first look at what many Star Wars collectors are hoping is the holy grail of lightsabers. In what is technically a teaser for Star Wars: Galactic Starcruiser, an actress playing Rey activates a prop lightsaber that’s both a bright beam of blue-white light and fully retractable.

When when it comes to commercially available lightsabers, Star Wars fans have had to choose from two different tradeoffs. A saber that’s essentially a plastic tube on top of a flashlight, but that can be fully retracted or unsheathed with a cool-ass flick of the wrist — or rigid fiberglass tube full of customizable LED lights. The LED look is perfect for recreating that dark room/bright saber photoshoot you’ve always wanted, but that has to be manually detached and stored when you want to hang the hilt from your belt just like a Jedi.

A brand new lightsaber, that combines both the more screen-accurate LED lighting and full retractability, was first spotted at Disney’s Parks presentation in April 2021 — but the presentation did not allow video recording, and so the lightsaber seen in the Galactic Starcruiser teaser is our first widespread look at the prop. We even have a pretty good idea of how it works, courtesy of Polygon’s friends at the Verge and developer Ben Ridout, and Disney’s 2018 patent for a “retractable, internally illuminated blade.”

If the new saber follows this patent, its blade is made of two strips of translucent plastic, flexible enough to be coiled on their vertical axis like a tape measure, but sturdy enough that when they are uncoiled and shaped into a curve on their horizontal axis — also like a tape measure — they hold in an unbending line.

The hilt of the saber contains the two coils of plastic, a form that shapes them into a curve as they unroll, and motors to drive their extension and retraction. The form curves the strips into overlapping semicircles, forming a tube as they extend, with a rounded cap on the end, to complete the silhouette of a lightsaber blade. The inside of the cap is attached to the end of a flexible strip of LED lights, which coils and uncoils inside the exterior of the blade as it is extended and retracted.

Did #Disney invent a real working #lightsaber? Yes they did. It wont melt through metal blast doors, or cut off your hand, but it does feature an illuminated blade that will extend and retract at the push of a button. This animation shows the concept behind the tech. pic.twitter.com/e7fwP06CxF

Without a formal announcement to go on, there are still plenty of questions about these new lightsabers. Like, will they be available to fans? The official Disney Parks blog dances around the subject, simply saying:

Guests who experience Star Wars: Galactic Starcruiser will be the first to see [the new lightsaber] in action [...] Watching that lightsaber activate right before your eyes will be just one of the countless ways that [...] you’ll be plunged into a Star Wars story where your decisions and actions [...] determine how your personal journey unfolds.

It may be that a blade made of a flexible plastic sheath is not exactly ready for toyetic mass production. Speaking of, how sturdy is the blade? Can I bash another lightsaber with it? What about my little brother? What about just on his arm? Just once? He hit me first. He owes me a hit.