Does BTS Have Their Own Twitter Emoji? - Showbiz Cheat Sheet #BTS 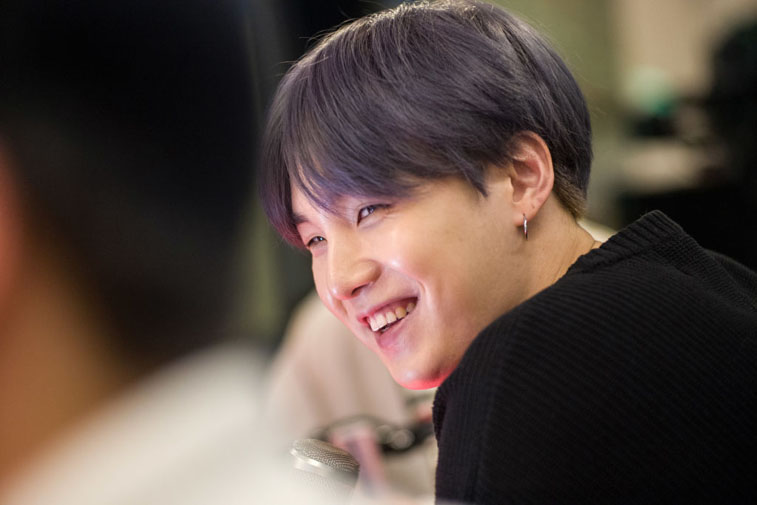 Fans of RM, J-Hope, Jimin, Jin, Suga, V, and Jungkook are loyal and supportive, especially when it comes to Twitter. In fact, the BTS ARMY includes a special symbol in their Twitter names and even uses special hashtags to see the BTS-specific emojis.

Fans of this boy band often dominate Twitter, creating top trending topics about everything from pictures of the members’ dogs to birthday celebrations.

With BTS releasing their album Map of the Soul: 7, some fans decided to rep the group by changing their Twitter names to include the superscript “7” at the end.

The BTS members first got their own Twiter emoji in 2016, only three years after their debut. Users who hashtagged the boy band’s name saw a special bulletproof vest symbol, a reference to their Korean name Bangtan Sonyeondan, which translates to “bulletproof boy scouts.”

When the boys performed for the first time at the American Music Awards in 2017, fans got a new emoji. When tweeting #BTSxAMAs, the group’s brand new logo, which they still use today, appeared. This logo came with a bit of rebranding for the group when they confirmed what BTS stands for — “Beyond the scene.”

In honor of the BTS ARMY, these performers unveiled another emoji specifically for Twitter. This one was the logo created for fans, an inversion of the BTS logo, which appeared when users tweeted the hashtag, #LoveBTS10M. (This was in honor of the K-pop group earning 10 million followers back in 2017.)

Aside from their personal emoji, BTS fans use the purple heart to share their love for each other and the band. This is mostly thanks to V, who created the phrase “I Purple You” as a way to describe his love for ARMY.

The “Dynamite” music video is now available on YouTube. Music by BTS, including their recently released album, Map of the Soul: 7, is available for streaming on Spotify, Apple Music, and most major platforms.