Finally, @TheJusticeDept orders the Qatari mouthpiece, @AJENews to register as a foreign agent! Aljazeera is nothing but a platform to promote the interests of Qatar, the Muslim Brotherhood & radical Islamist groups worldwide. 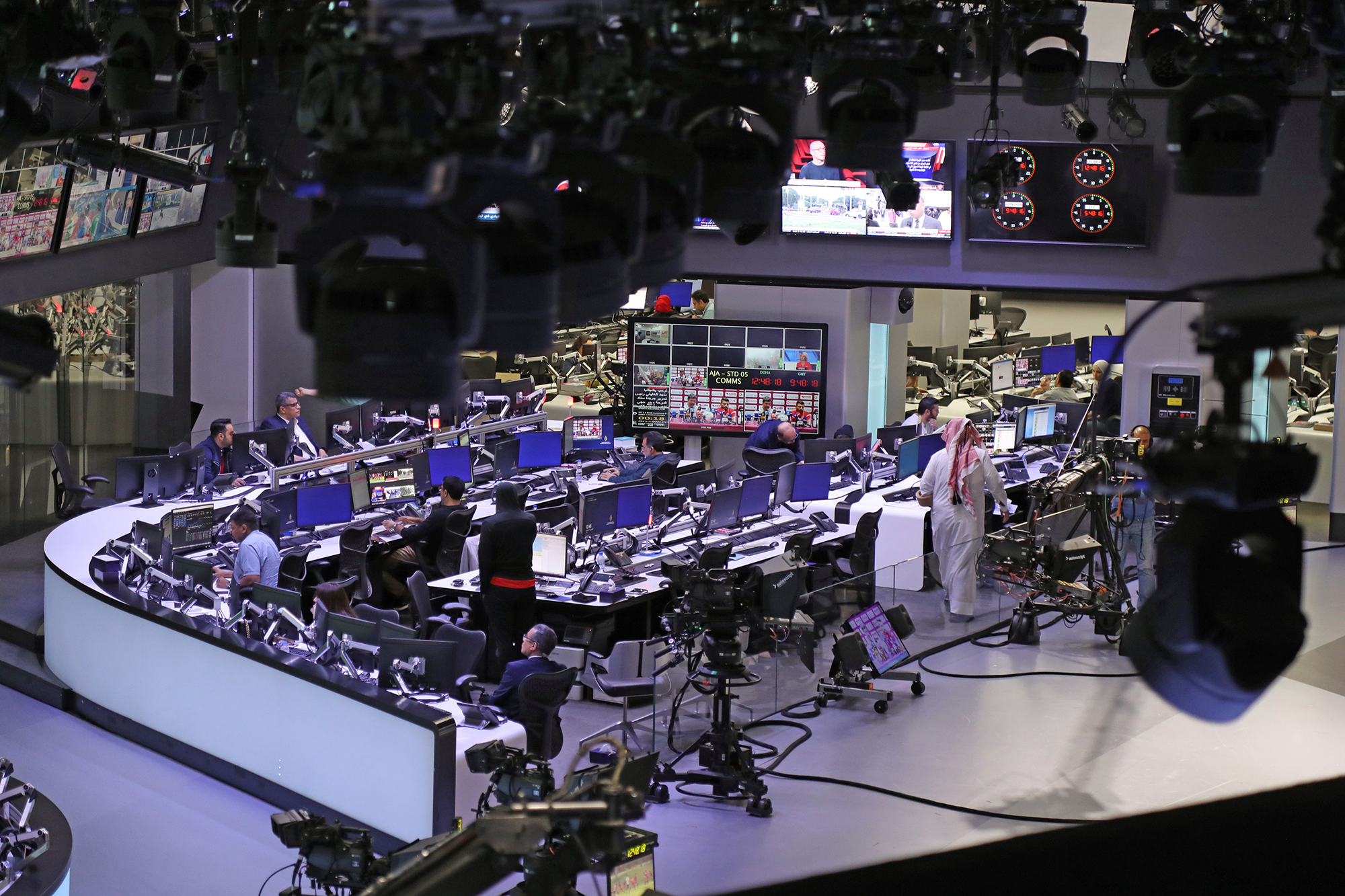 The US Justice Department on Monday declared that the Al Jazeera Media Network—the international news organization based in Doha—”is an agent of the Government of Qatar.” The DOJ has ordered the network’s US-based social media division, AJ+, to register as a foreign agent, a step the news outlet says will hobble its journalism.

AJ+ acts “at the direction and control” of Qatar’s rulers, Jay Bratt, chief of the DOJ’s counterintelligence and export control section, wrote in a September 14 letter obtained by Mother Jones. “Despite assertions of editorial independence and freedom of expression, Al Jazeera Media Network and its affiliates are controlled and funded by the Government of Qatar,” Bratt stated.

The designation follows a years-long push by lobbyists hired by the autocratic government of the United Arab Emirates, which has long resented the critical coverage it receives from Al Jazeera. That effort has been led by Akin Gump, a large law firm and a registered foreign agent for the UAE. Its employees, including former House Foreign Relations Chair Ileana Ros-Lehtinen, a Florida Republican, amped up their work related to Al Jazeera this year, issuing a lengthy report in July and contacting scores of lawmakers and legislative aides, according to Akin Gump’s federal filings.

In June 2017, the UAE, along with Saudi Arabia and other Middle Eastern states, imposed a blockade on Qatar. They also reportedly considered invading Qatar, until senior US officials—including Secretary of State Rex Tillerson and Defense Secretary James Mattis—dissuaded them. The blockade, which remains in place, harmed the small state’s economy and restricted its citizens’ travel. The UAE has said it will only lift the blockade if Qatar agrees, among other things, to shut down Al Jazeera.

“The UAE dislikes Al Jazeera partly for the narrative that the network provides across the Arab and Islamic world that exposes audiences to a point of view that is very different from the messaging the Emiratis have been trying to impose on the region since the Arab Spring,” said Kristian Ulrichsen, a Middle Eastern politics scholar at the Rice University’s Baker Institute for Public Policy. “In the eyes of Qatar’s critics, Al Jazeera has also become so synonymous with Qatar in the regional and international mindset that any setback to Al Jazeera cannot but be perceived as a blow to Qatar.”

Akin Gump and other lobbyists have reported receiving more than $56 million in fees from the UAE since 2017, when the blockade began, according to records filed with the DOJ. Akin Gump’s most recent disclosure of its lobbying contacts cites extensive outreach to lawmakers regarding the “accuracy and transparency of Qatar government-owned media” and the “influence on US politics by Mideast regional media outlets and other groups.”

A spokesperson for Akin Gump did not respond substantively to questions about the firm’s work. The offices of Zeldin, Rubio, Cotton, Cruz, and Cheney did not respond to inquiries.

In a statement Tuesday, a spokesperson for Al Jazeera argued that the DOJ had essentially helped the UAE accomplish its goal of maiming the news outlet. He noted that the network’s attorneys have corresponded with the DOJ about this matter since June 2018 and that Al Jazeera received Bratt’s FARA letter “the day before” the UAE signed a diplomatic deal with Israel that was brokered by the Trump administration. The spokesperson suggested the two developments might be linked, but he didn’t offer evidence proving that.

“Hobbling Al Jazeera was one of the top conditions of the UAE’s blockade against Qatar and the Justice Department just gave the UAE what it wanted,” the spokesperson said. “We are deeply disappointed by the Department’s decision, which runs counter to the extensive factual record we provided demonstrating that FARA registration is not applicable to AJ+. The legal structure, editorial structure, editorial policies, budgeting process and content of AJ+ clearly demonstrate its independence. We are reviewing the determination and considering our options.”

Bratt’s involvement is unusual. Comparable letters instructing other news organizations to register under FARA were sent by the head of the DOJ’s FARA unit, not by national security officials such as Bratt. The Justice Department did not respond to questions.

Bratt’s letter focuses on Al Jazeera’s funding and structure, asserting that the Qatari government “could and may withdraw or limit funding at any time” and stating that the Emir of Qatar controls the network by appointing its board. Al Jazeera says that the same criteria would dictate that other state-funded news organizations, such as the BBC and the Canadian Broadcasting Corporation, would have to register under FARA. Those outlets are not currently required to register, but the DOJ has required several others—including Russia’s RT and Sputnik, Turkish public broadcaster TRT, and five Chinese media outlets—to do so.

Bratt’s letter also argues that AJ+ publishes articles that invite its audience to question “what conduct constitutes terrorism; demonstrate a disdain for the term ‘Islamist Terror;’ adopt a positive view of Iran; show support for the Palestinian cause and question US support for Israel; reflect a critical position on the war in Yemen [where the UAE and Saudi Arabia have bombed forces backed by Iran to assist their own proxies on the ground]; and [promote] a Qatari-sympathetic view of the Saudi Arabian-led embargo against Qatar.”

Al Jazeera disputes this characterization and points to a study it commissioned that found that 93 percent of AJ+ content is on issues other than those DOJ asked the outlet about.