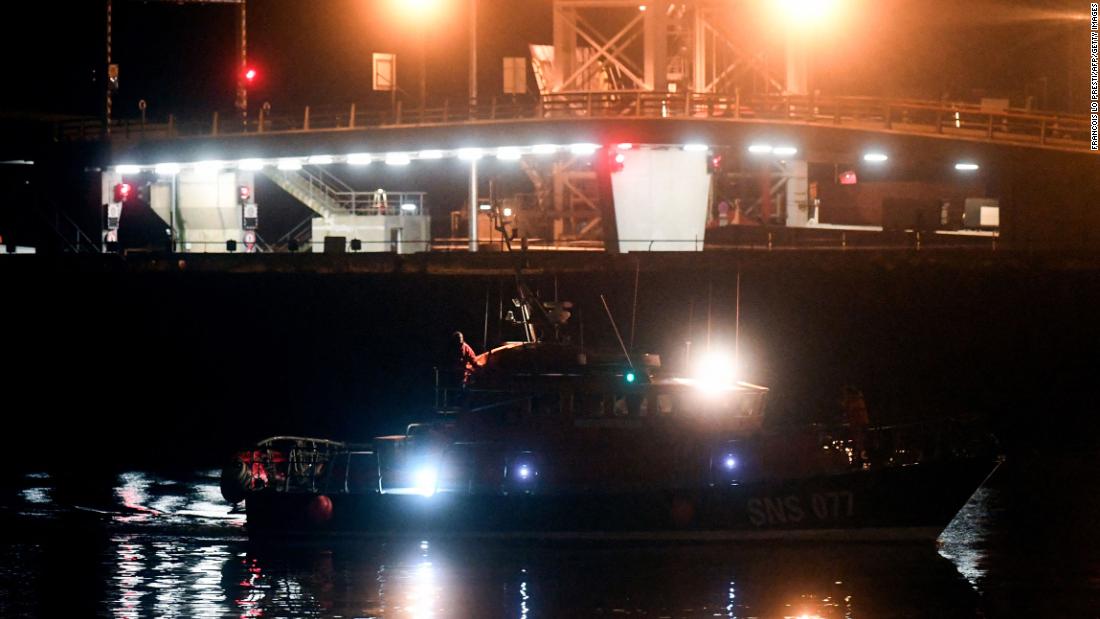 Paris (CNN)A young girl was among 27 people who drowned in bitterly cold waters off the coast of France on Wednesday, after an inflatable boat carrying migrants bound for Britain capsized, in one of the deadliest incidents in the English Channel in recent years.

French Interior Minister Gérald Darmanin said five women were among the dead, two people had been rescued, and one is still missing. An initial toll said 31 people had died but the minister revised this number down to 27 late Wednesday.

Four suspected traffickers accused of being directly linked to the doomed crossing had been arrested, Darmanin said, according to Agence France-Presse.

The narrow waterway between Britain and France is one of the busiest shipping lanes in the world. Refugees and migrants fleeing conflict, persecution and poverty in the world’s poorest or war torn countries risk the dangerous crossing, often in dinghies unfit for the voyage and at the mercy of people smugglers, hoping to claim asylum or economic opportunities in Britain.

“Those primarily responsible for this despicable situation are the smugglers, that is to say criminals who, for a few thousand euros, organize human trafficking from Iraq, Afghanistan, Africa, Asia and who then use these people to bring them to Belgium, the Netherlands, France, especially to cross the Channel and to go to Great Britain,” Darmanin said.

Migrants once sought to smuggle themselves aboard the trucks that regularly crossed the Channel on ferries or by rail from France. But in recent years that route has become more expensive, with people-smugglers charging thousands of euros for each attempt.

So far this year, more than 25,700 people have crossed the English Channel to the United Kingdom in small boats, according to data compiled by Britain’s PA Media news agency — three times the total for the whole of 2020. On Wednesday alone, French authorities rescued 106 people adrift in various boats in the English Channel, and more than 200 people made the crossing.

French President Emmanuel Macron and British Prime Minister Boris Johnson both expressed horror at the tragedy, with Macron saying his country would not let the English Channel become a graveyard. The two leaders agreed to step up joint efforts to prevent the migrant crossings but accused each other of not doing enough.

“To the families of the victims, to their loved ones, I want to express my compassion and the unconditional support of France,” Macron said in a statement.

“I assure them that everything will be done to find and condemn those responsible, networks of smugglers who exploit misery and distress, endanger human lives and ultimately decimate families.”

In a phone call between the two leaders, Macron called on Johnson to stop politicizing the migrant crisis for domestic political gain, saying he “expected the British to cooperate fully and refrain from politicizing a dramatic situation for political purposes,” according to a readout of their call from the Elysee Palace.