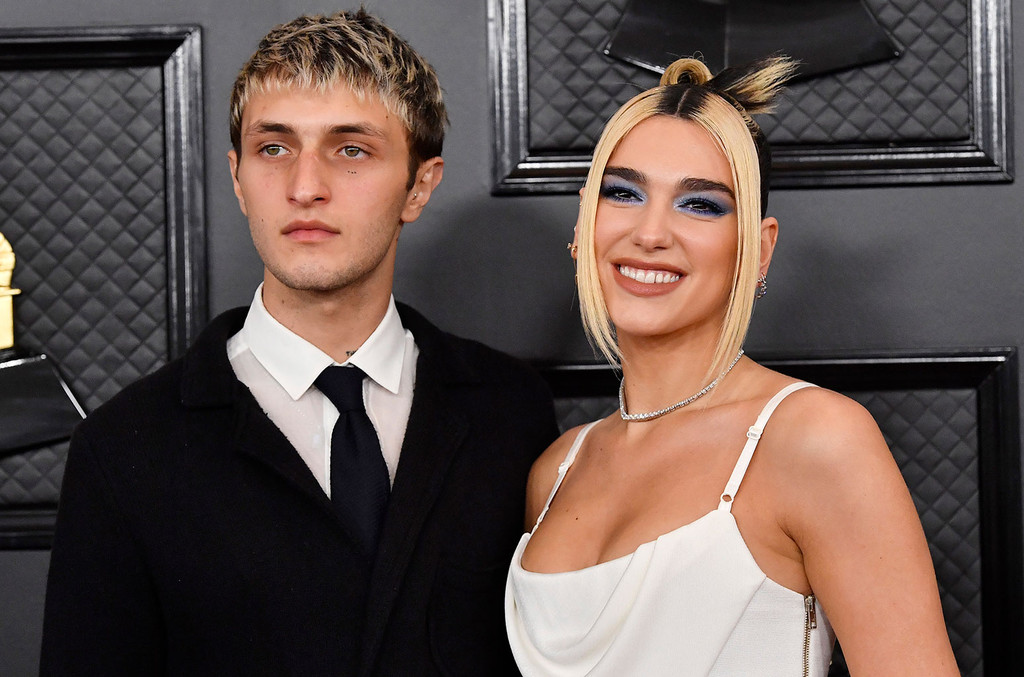 Anwar flashed an ear-to-ear grin in the selfie, echoing Dexter’s relaxed style in a gray-and-white striped t-shirt that read “Gue$$ Jeans U.S.A.” Dua gave a flirty duck-lipped pose as she snuggled up to her model boyfriend, keeping her brunette locks back and sporting a sleeveless black v-neck top. The “One Kiss” singer added her signature gold cross necklace to her casual vibe, which she is often seen wearing on Instagram or out-and-about.

In the other photos, Dexter looked right at home in his sunny new Los Angeles digs! The black puppy rocked a model pose atop a white table in one snap, with a turquoise blue pool shimmering in the background. He enjoyed plenty of cuddles in others, seemingly exploring his spacious and grassy backyard in the fourth snap. With his big brown eyes and sweet face, it would be impossible not to love Dexter at first sight! “Our spirit companion came to us with a big number 7 on his chest.. some things are meant 2 be !!!!!!! BIIG DEX,” Anwar wrote in a post of his own, showing the pup going for a ride in a vintage convertible.