Europes travel industry is on a knife edge as Covid surges, again

Europe’s travel industry is on a knife edge as Covid surges, again 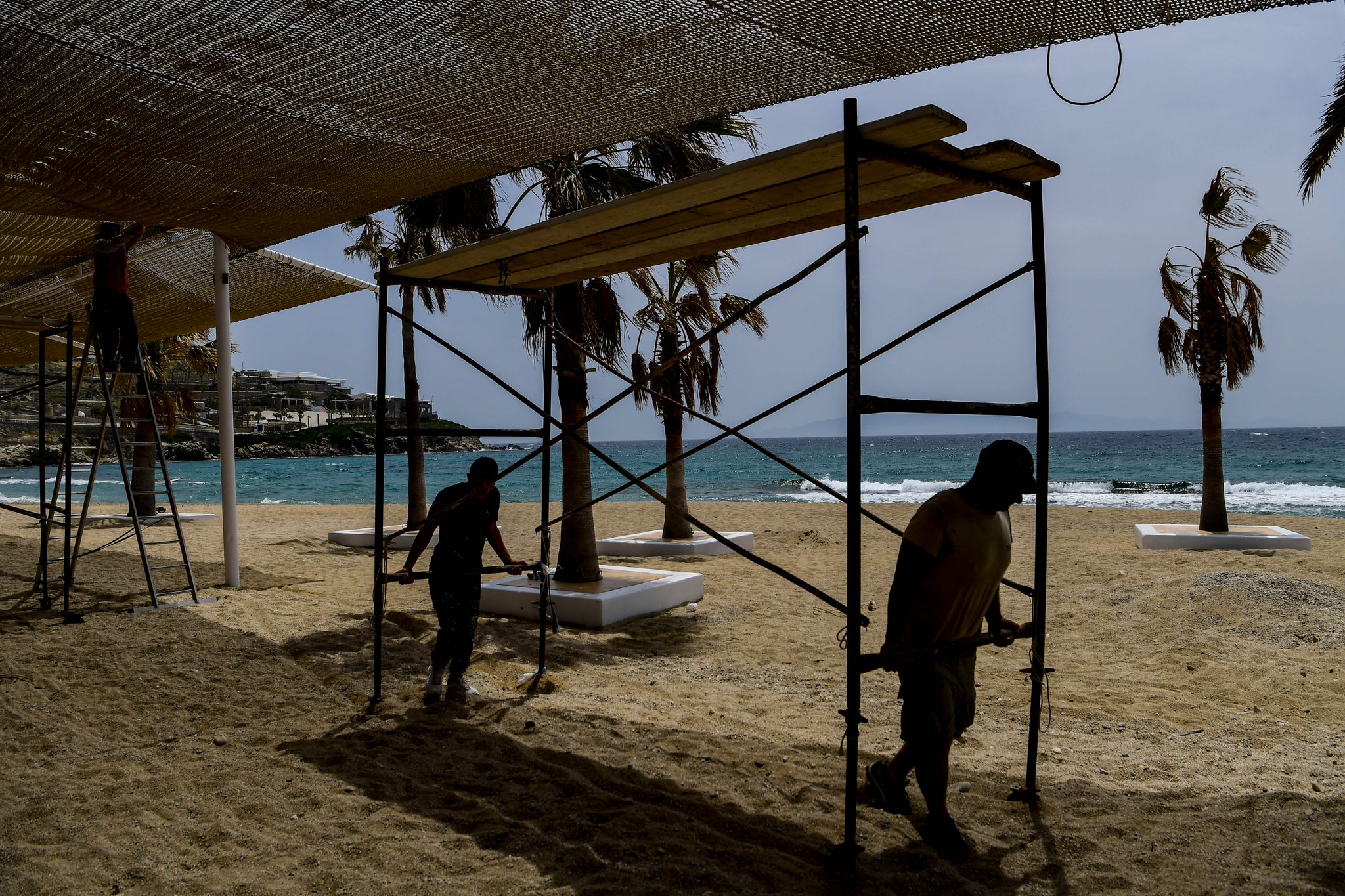 Workers carry a scaffolding on “Paradise” beach in the Greek Cycladic island of Mykonos in 2020. The island is traditionally crowded with wealthy foreigners but turned into a ghost island last year.

During the Covid-19 pandemic, perhaps no other industry has been harder hit than the global travel and tourism sector with planes grounded, resorts closed and care-free vacations a distant memory for most of us.

Some countries in Europe — Greece, Spain and Portugal, for example — rely on tourism to boost economic growth with the prosperity of thousands of businesses, livelihoods and communities tied to the success or failure of the season.

As Covid vaccinations were rolled out across the region since late 2020 there were high hopes that Europe could look forward to a rebound in summer tourism this year.

Instead, the season is looking highly uncertain as the delta variant surges in Europe, prompting a plethora of varying rules and restrictions, traffic-light systems designating country risk profiles as well as possible quarantines and vaccine entry requirements.

Travel within Europe these days is certainly not for the faint-hearted, in more ways than one. The Covid infection rate has surged across the region as the highly infectious delta variant has swept the globe.

As with the previous alpha variant (which delta has now usurped) the U.K. was something of a harbinger of doom when it came to what the rest of Europe could expect. Britain saw a further Covid wave at the start of the year caused by the alpha variant and is now seeing another wave with delta.

Despite efforts in the continent to hold back the variant, the inevitable spread has taken place with the strain now accounting for the majority of new infections from country to country.

The Netherlands and Spain have seen big surges in cases, largely attributed to the night time sector after both countries reopened their nightclubs in late June, only to reverse course two weeks later. Meanwhile, France declared it was entering a fourth wave of the pandemic earlier this week, with government spokesman Gabriel Attal sounding the alarm:

“We have entered a fourth wave. The dynamics of the epidemic are extremely strong. We see a faster wave, and a sharper rise than all the previous ones … the incidence rate continues to explode … A rise so big, so sudden, we haven’t seen that since the beginning of the pandemic,” Attal said on Monday.

Tourism and airline stocks took a beating at the start of the week when global markets plunged sharply on renewed fears for the global recovery. EasyJet and Ryanair, well-known low-cost airlines in Europe, were among the stocks seeing pronounced declines. Shares of easyJet, for example, were trading at 842.20 pence on Friday but plunged to 758.20p by Monday early afternoon.

Easyjet’s CEO Johan Lundgren told CNBC on Tuesday that the travel sector was facing an “extraordinarily challenging” situation, but that vaccination programs in Europe were the key to reopening. Data shows two doses of the Pfizer–BioNTech or AstraZeneca-Oxford University are effective against the delta variant and lower the risk of hospitalization and death.

“We always knew that [the recovery] was not going to be a straight line … But we are seeing that restrictions are being unwound. But it’s absolutely true that when you do open up societies and communities, there is an increase also in infections. The question is to make sure the vaccinations are breaking the link between [infection and] severe hospitalization and death, and fortunately it looks to be that way,” Lundgren told CNBC’s “Squawk Box Europe.”