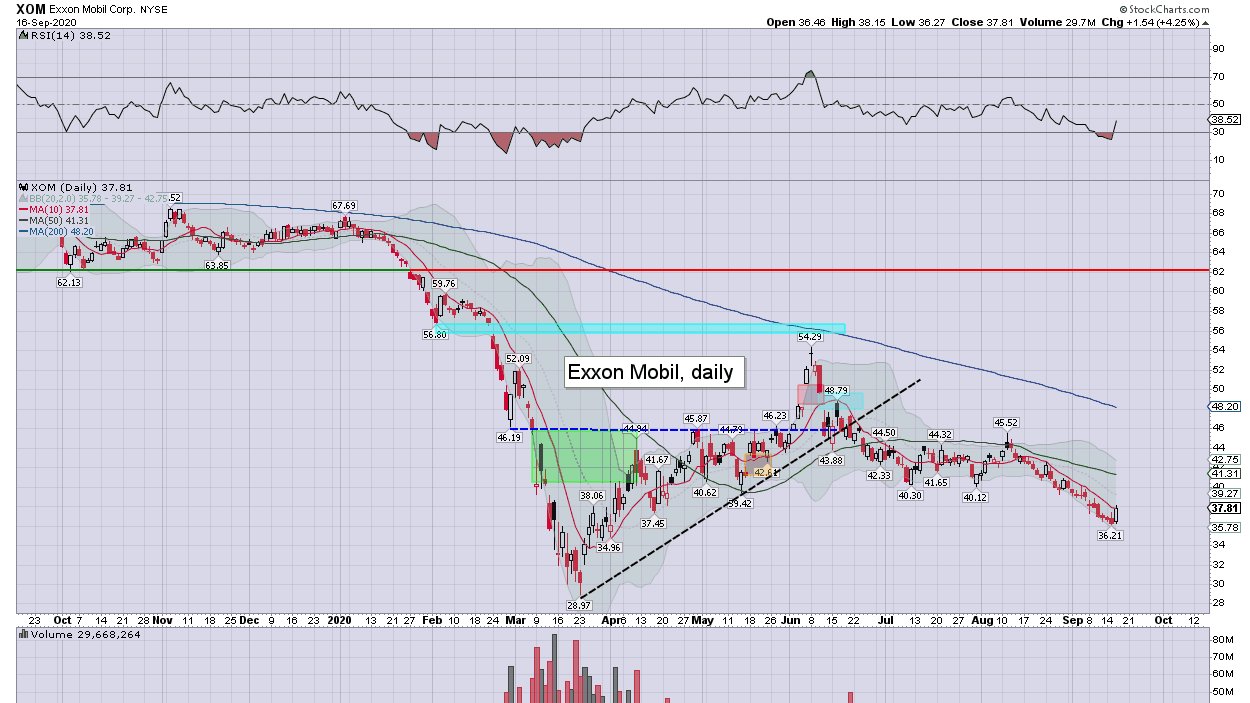 This copy is for your personal, non-commercial use only. To order presentation-ready copies for distribution to your colleagues, clients or customers visit http://www.djreprints.com.

Traders in the options market appear to be betting that Exxon Mobil will cut its dividend, according to a new note from Susquehanna Financial Group analyst Christopher Jacobson.

Whether Exxon (ticker: XOM) can maintain its dividend is one of the most active debates right now among energy investors. The company has a strong incentive to keep making payments at current levels, because there’s little reason to invest in most oil-and-gas companies today aside from their dividends. Exxon’s dividend yield is now nearly 10%.

The companies have underperformed for the past decade, and the next decade doesn’t show much promise. On Monday, BP (BP) projected that oil demand has most likely already peaked and will never get back to 2019 levels. Exxon stock is down 47% this year. It was up 1%, at $37.03, in recent trading. The S&P 500 was up 0.9%.

Exxon has taken on debt this year to pay for capital expenses while still funding the dividend. But executives said in July that they don’t plan to take on more debt, and it isn’t clear when Exxon’s cash flow will be large enough for the company to organically fund the dividend. Even before the pandemic, Exxon couldn’t cover its dividend payments, paying out $14.7 billion in 2019 while making just $5.4 billion in free cash flow.

“We remain committed to our capital allocation priorities—investing in industry advantaged projects, paying a reliable and growing dividend, and maintaining a strong balance sheet to weather the ups and downs of the market,” an Exxon spokesman responded. “We plan to maximize efficiency and capture additional cost savings to put us in the strongest position to capture value when market conditions improve.”

“After comparing the theoretical future stock price to the market-implied one, it appears as if the options are currently pricing in the potential for notable dividend cuts and are pricing in around 97 cents in cumulative dividends between now and mid-April, notably below the about $1.74 we would expect in the absence of any action,” he wrote.

Jacobson notes that his estimate is very rough—it doesn’t include the potential that traders expect to exercise the options early, and it doesn’t include other financial calculations, like making adjustments to determine the present value of the future dividends. His “intention is not to focus too much on that approximately 97 cents estimate,” he notes, “but instead simply to illustrate that the options are already pricing in the potential for notable dividend cuts in the months ahead.”

Traders in the options market appear to be betting that Exxon Mobil will cut its dividend, according to a new note from Susquehanna Financial Group analyst Christopher Jacobson.