Forget The Rose Bowl, Bill And Ted Face The Music Almost Had A Wilder Alternate Ending

Forget The Rose Bowl, Bill And Ted Face The Music Almost Had A Wilder Alternate Ending 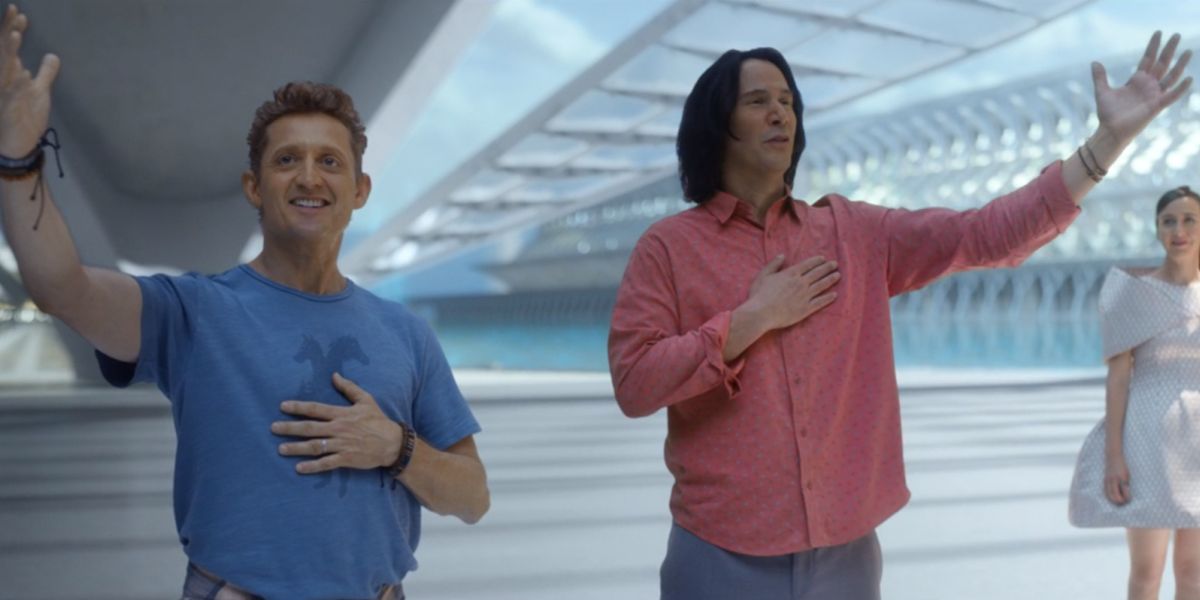 Bill and Ted Face the Music was a sequel that took almost 30 years to make. Part of the reason that the movie took that long was that, quite simply, time needed to pass in order to tell the story that everybody wanted to make. However, even after enough time had gone by, it still took nearly 10 years of writing to hit on the script that became Face the Music, and some of those earlier script ideas were wild, one even included an appearance by Santa Claus.

Ed Solomon had already talked to our own ReelBlend podcast about one previous idea, that would have seen Bill and Ted rent out the Rose Bowl, only to discover that nobody cared about Wyld Stallyns anymore and nobody showed up. However, it turns out there was another idea, however briefly, that would have seen Bill and Ted enlist the help of Santa Claus himself in order to help the guys distribute musical instruments around the world. According to writer Ed Solomon...

We had a version that I really loved that did not last very long, it lasted for one draft. Bill and Ted had to get instruments to everyone in the world throughout all space and time in one evening, and they were like, ‘How are we gonna possibly do that? We have no way to do that!’ and they say, ‘Well we can’t, but there’s one man who can,’ and then we cut to, ‘Ho ho ho!’ and a sleigh, and it was Bill and Ted and the Princesses on Santa’s sleigh using Santa magic because Santa can go around the world in one night. They were actually going down chimneys and they were having a great time, and it was this crazy montage that we had written. That did not last. I thought because the antecedents to this movie were A Christmas Carol and It’s a Wonderful Life, so maybe it’s a Christmas movie and we have Santa at the end? I think Alex Winter liked it briefly, but I don’t think anyone else thought it was a good idea, then we ended up scrapping that.

Ed Solomon had previously talked about how stories like A Christmas Carol had inspired the third Bill and Ted film, and so it seems that, as Solomon tells Collider, he briefly considered the idea of making Bill and Ted Face the Music a true "Christmas movie" complete with Santa Claus. While, its perhaps understandable why this idea held some interest, who doesnt like a good Christmas movie after all, in the end, it was discarded.

Bill and Ted movies dont necessarily need to make a great deal of sense but it feels like adding Santa Claus as the solution to a problem is a bit out there even for those two. Having said that, watching Keanu Reeves and Alex Winter riding in Santas sleigh certainly has a charm I can appreciate.

In the end, Bill and Ted Face the Music still has to deal with the same question, but since the characters have a phone booth capable of traveling through time and space, the solution to the problem is at hand.