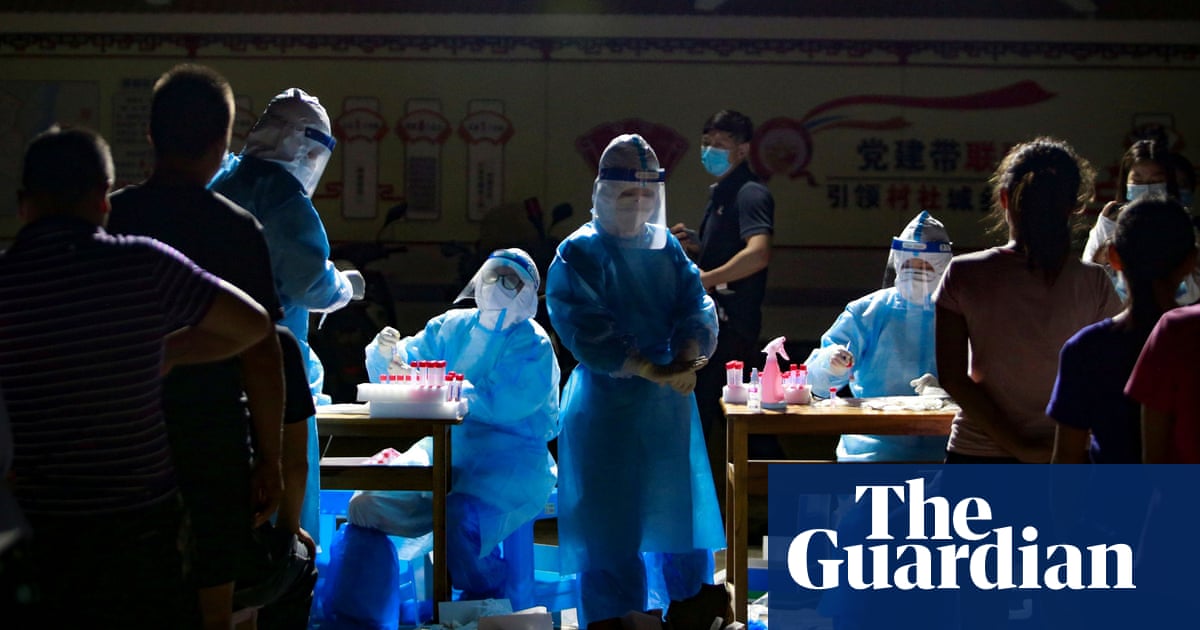 Officials in Ruili in Yunnan province said the city had entered a state of “wartime” defences against Covid-19 after two new cases emerged among travellers from Myanmar. Residents have been ordered to stay at home and authorities have set up checkpoints to prevent anyone entering or leaving Ruili and restricting access to border areas nearby. Most businesses have been closed.

On Thursday, more than 360 testing sites were set up and almost 1,200 people deployed to conduct testing around the clock. Ruan Chengfa, deputy secretary of Yunnan’s party committee, said in a meeting on Wednesday that local authorities were implementing a strict policy of “complete inspection, strict quarantine. No entry and no exit.” As of Tuesday evening, 60,000 people had been tested.

Officials have also said they would crack down on illegal migration and would deport any residents who could not verify a fixed residence or place of work.

China – which has largely contained the virus with more than 85,000 cases and an official death toll that remains at 4,634 – continues to battle imported cases. On Thursday, the country reported nine new cases as of Wednesday, all of them from travellers coming from overseas.

Chinese health officials have said they believe a vaccine will be available as soon as November or December. Thousands of Chinese health workers and staff of state-owned companies have already received experimental vaccines.

Chinese vaccine maker Sinovac Biotech will begin clinical trials of its experimental vaccine on teenagers and children later this month, according to a registration record published on Wednesday.

The outbreak in Ruili comes as the World Health Organization (WHO) warned Latin American countries not to reopen too fast. WHO regional director Carissa Etienne said on Wednesday that Latin America had started to resume normal social and public life at a time when the pandemic still required major control interventions.

Cases on Colombia’s border with Venezuela have increased ten-fold in the past two weeks, Etienne said in a virtual briefing from Washington with other Pan American Health Organization directors.

Etienne said governments must monitor travel very carefully because reopening to tourism can lead to setbacks. That has happened in the Caribbean, where several countries that had virtually no cases experienced spikes as tourism resumed.

Latin America has recorded around 8.4 million coronavirus cases, and more than 315,000 deaths, according to Johns Hopkins University. Both figures are the highest of any region.