Looking at a personality like Virat, Rahane might think that he has to adopt some of it to beat Australia. But I don’t think that’s necessary: Harbhajan Singh | #INDvAUS #AUSvIND #TeamIndia #ViratKohli 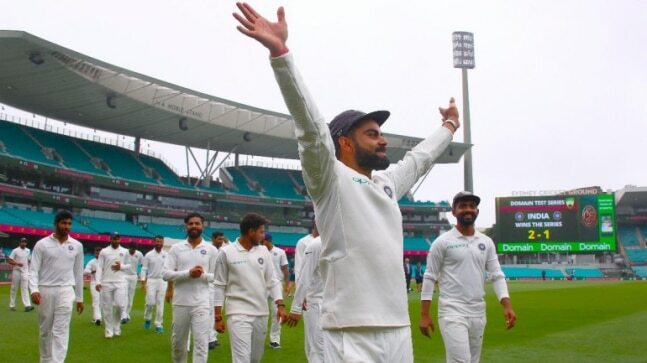 Former India cricketer Harbhajan Singh has conveyed his best wishes to Team India vice-captain Ajinkya Rahane ahead of the Test series in Australia, which starts on December 17. In the absence of Virat Kohli, in the last three Tests down under, India’s red-ball vice-captain could don the skipper’s responsibility.

“[Captaincy] definitely a big challenge for Ajinkya Rahane because he hasn’t been captain for an entire series. Also, he’s pretty calm and composed, not so expressive. He’s very different than Virat Kohli. So it will be a new experience for him. Start of a new innings for him. I give him my best wishes and I hope that he will take the team forward and score runs as well,” Harbhajan said on Sports Tak.

“I hope he takes the team forward like Virat, leading from the front, also scores runs. I would also like to remind Rahane that doesn’t need to change his style or personality, his game. Looking at a personality like Virat, Rahane might think that he has to adopt some of it to beat Australia. But I don’t think that’s necessary. All Rahane needs to do is be himself and make sure he gets the best out of his team.”

The former cricketer believes that Virat Kohli’s absence is going to have a huge impact on the team in the last 3 Tests. According to Harbhajan, India will miss Kohli’s batting and captaincy, both, down under. In 12 matches in Australia, Virat Kohli has 1274 Test runs, averaging 55.39, which includes 6 hundreds and 3 fifties.

“I feel Kohli’s absence will be felt in both aspects [as a batsman and a leader. Firstly, the kind of record Kohli has with the bat in Australia is unbelievable. His numbers in Australia are great, so much that every player would want to go to Australia and perform like him. So definitely India is going to miss Kohli in the batting unit,” Harbhajan Singh added.

“Then his experience as a captain, his aggression, leading from the front, that is Virat Kohli and he’ll remain the best. He puts his all while representing the side, be it fielding as well. His body language, intent towards winning the game is what India will miss most.”