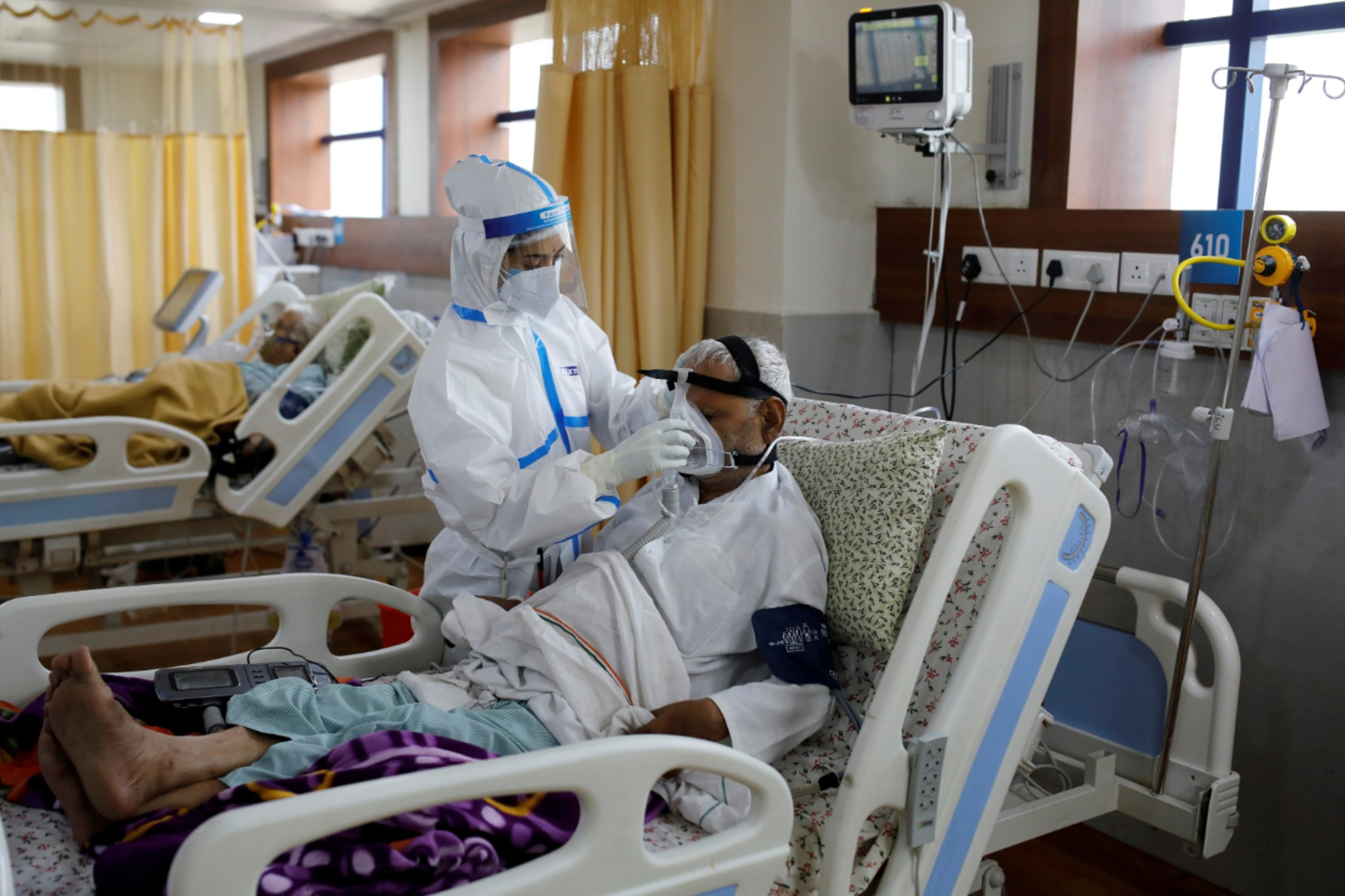 MUMBAI (Reuters) - India’s coronavirus infections surged past 5 million on Wednesday, piling pressure on hospitals grappling with unreliable supplies of oxygen that they need to treat tens of thousands of critical patients.

In the big states of Maharashtra, Gujarat and Uttar Pradesh, that are also some of the worst-affected by the virus, demand for oxygen has more than tripled, doctors and government officials said, prompting urgent calls for help.

“Desperate patients have been calling me through the night but I don’t know when I will get stock,” Rishikhesh Patil, an oxygen supplier in the western city of Nashik, told Reuters.

India has the world’s fastest growing novel coronavirus epidemic and added its last million infections in just 12 days. It is only the second country in the world to have more than 5 million cases, after the United States.

In the capital of India’s most populous state of Uttar Pradesh, the total requirement of oxygen cylinders stood at 5,000 cylinders compared with 1,000 cylinders in normal times, a government official said.

The worst-affected state of Maharashtra has decided to reduce supply to neighbouring states to meet its growing demand, a state government official said.

Ravindra Khade Patil, a doctor who manages two private hospitals on the outskirts of Mumbai, spoke of the stress he faces trying to ensure he can supply his patients with oxygen.