In the frugal last meal of a man 2,400 years ago, scientists see signs of human sacrifice

In the frugal last meal of a man 2,400 years ago, scientists see signs of human sacrifice. 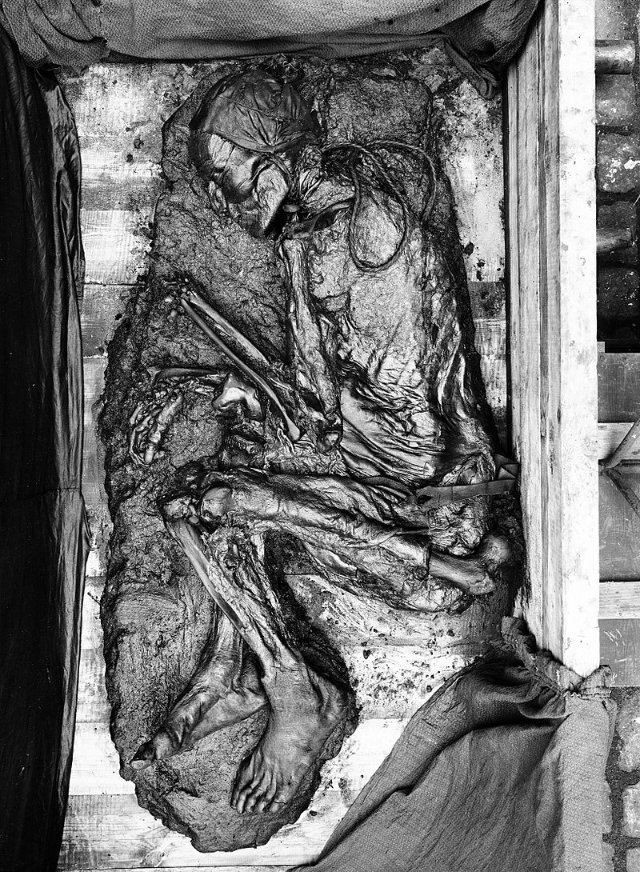 When the Tollund Man was discovered in a bog in Denmark 71 years ago, he was so well preserved that his finders thought he was the victim of a recent murder.

It took archaeologists to reveal he had been thrown into the bog almost 2,400 years ago, and that he’d first been hanged — a noose of plaited animal hide was still around his neck. The careful arrangement of the body and face — his closed eyes and faint smile — suggested he may have been killed as a human sacrifice, rather than executed as a criminal.

The suggestion that the Tollund Man was killed as a human sacrifice has now been reinforced by a study of the condemned man’s frugal last meal, made from a detailed investigation of the contents of his digestive tract: A porridge of barley, flax and pale persicaria.

The seeds of pale persicaria are the clue to this Iron Age murder mystery, said archaeologist Nina Nielsen, the head of research at Denmark’s Silkeborg Museum and the lead author of the study published Tuesday.

The plant grows wild among barley crops, but evidence from Iron Age grain storage shows it was usually cleaned out as a weed during threshing. That suggests it was part of “threshing waste” that was added to the porridge deliberately — perhaps as part of a ritual meal for those condemned to die by human sacrifice.

“Was it just an ordinary meal? Or was threshing waste something you only included when people were eating a ritual meal?” Nielsen said. “We don’t know that.”

The contents of the Tollund Man’s preserved intestines were examined soon after he was found. But the new study refines that initial examination with much improved archaeological techniques and instruments.

“Back in 1950, they only looked at the well preserved grains and seeds, and not the very fine fraction of the material,” Nielsen said. “But now we have better microscopes, better ways of analyzing the material and new techniques. So that means that we could get more information out of it.”

As well as revealing the clue of the threshing waste added to his last meal, the researchers found it was probably cooked in a clay pot — pieces of overcooked crust can be seen in the traces — and that he’d also eaten fish. They also found  he was suffering from several parasitic infections when he died, including tapeworms — probably from a regular diet of undercooked meat and contaminated water, Nielsen said.