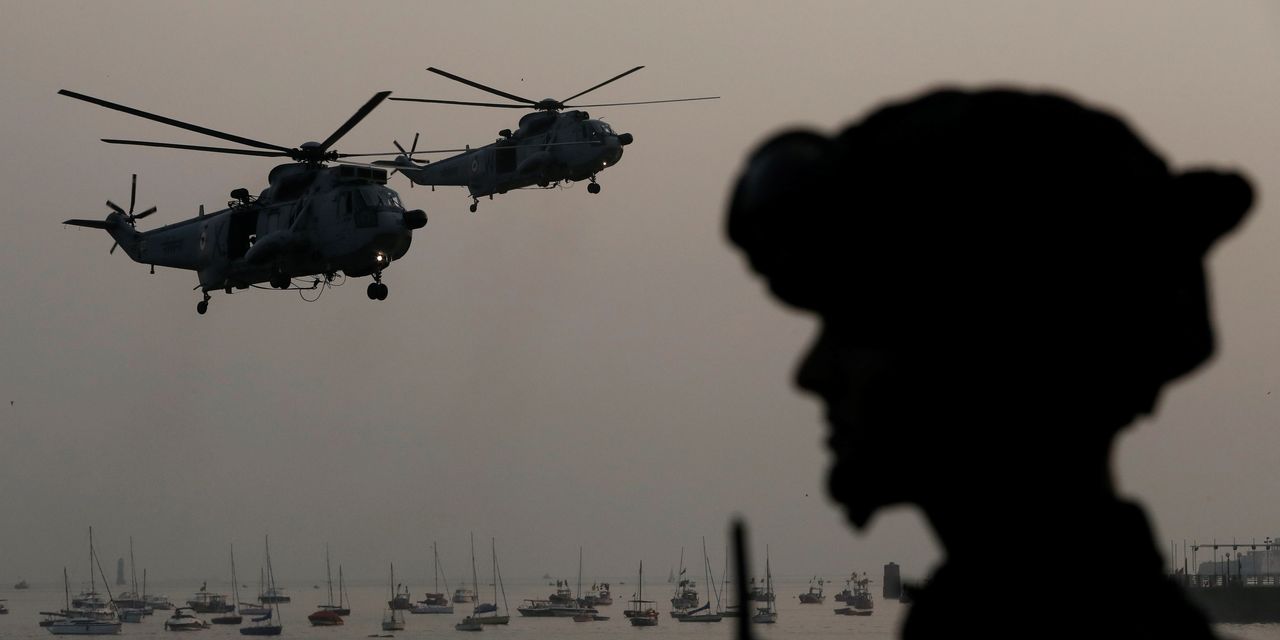 India’s border conflict with China is pushing New Delhi to look for an asymmetric response: flexing its naval might as it deepens cooperation with other democracies that seek to counter Beijing’s global ambitions.

India, which operates one of the world’s largest navies, sits astride shipping routes in the Indian Ocean that connect China to its main sources of oil and gas in the Middle East and to its key markets in Europe. Though growing fast, China’s navy still has only limited ability to operate in a region far from its home shores—and has to contend with the U.S. in its own backyard.

“On the northern border, the best we can hope for is to achieve a stalemate. But at sea, we have an advantage over the Chinese,” said retired Adm. Arun Prakash, a former head of the Indian navy. “A show of force at sea can send a message to China that you are vulnerable, that we can interfere with your shipping and with Chinese energy supplies. Their economy would be shaken up.”

India is intensifying joint naval maneuvers with the U.S. and its allies while building new ships and setting up a network of coastal surveillance outposts that would allow New Delhi to keep an eye on the Indian Ocean’s maritime traffic.

India’s military has historically focused on the lengthy land borders with fellow nuclear powers Pakistan and China. The country’s leaders began paying more attention to the Indian Ocean over the past decade as its foreign trade grew—and as China started making inroads in smaller South Asian nations that New Delhi used to consider within its sphere of influence.