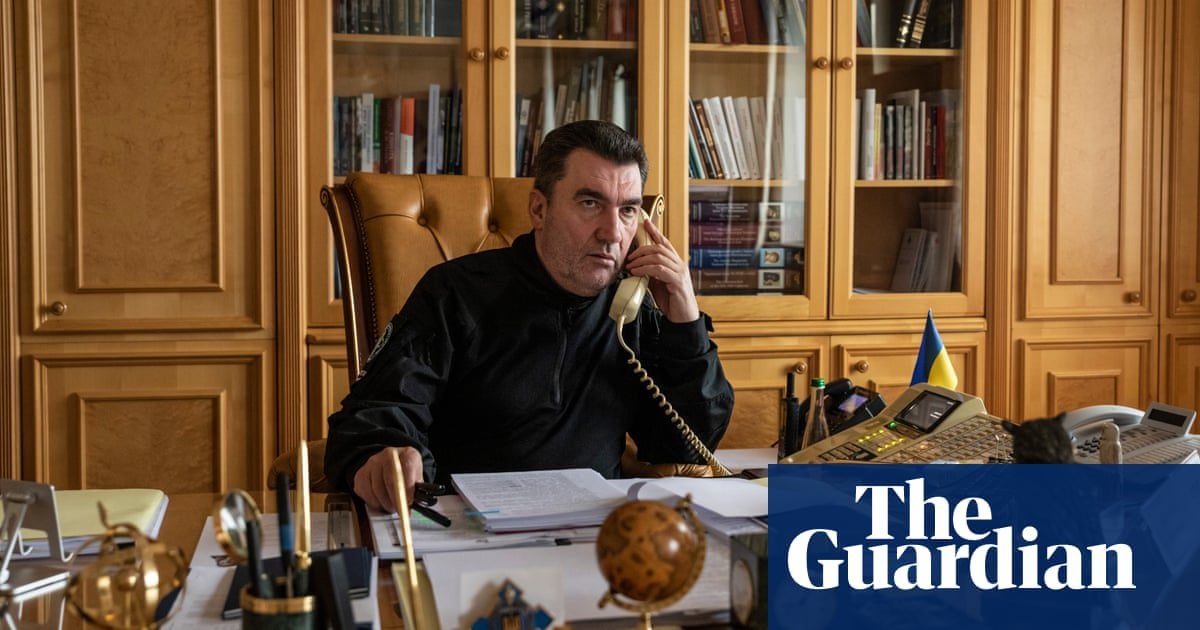 Ukraine’s top security official has confirmed that Iranian military advisers have been killed in Crimea, and warned that any other Iranians on occupied Ukrainian territory in support of Moscow’s invasion would also be targeted.

Oleksiy Danilov, secretary of Ukraine’s national security and defence council, said Iranians were present in Crimea to help Russia pilot the Shahed-136 armed drones supplied by the Tehran government, but did not say how many Ukraine had killed.

Reports in the Israeli press in October said that 10 were killed because of Ukrainian military strikes in occupied Crimea. Danilov made it clear that any further Iranian military presence would be targeted.

“You shouldn’t be where you shouldn’t be,” Danilov said, in an interview in Kyiv. “They were on our territory. We didn’t invite them here, and if they collaborate with terrorists and participate in the destruction of our nation we must kill them.”

Wave after wave of Russian air attacks, including drone and missile strikes, have since October targeted Ukraine’s civilian energy infrastructure, plunging it into blackouts as the winter cold has begun to fall across the country. The Ukrainian president, Volodymyr Zelenskiy, told a meeting UN security council late on Wednesday that the attacks “an obvious crime against humanity” and said Kyiv would put forward a resolution condemning “any forms of energy terror”.

The Kremlin spokesperson Dmitry Peskov on Thursday sought to blame Ukraine, saying it could “end all possible suffering of the civilian population” if it met “the demands of the Russian side”.

After initially denying the presence of Iranian drones in Ukraine, the Tehran government has claimed that it had supplied a “small number” of the unmanned aircraft to Russia months before Vladimir Putin launched an all-out invasion of Ukraine in February. It denies sending Iranian trainers to help Russians fly the drones from occupied territory.

Kyiv has expressed scepticism about Iran’s version of events, and experts from both countries have met at Tehran’s request to discuss evidence collected by Ukraine.

“The Iranians keep insisting that they are not suppliers of weapons to the Russian Federation but we need confirmation. Do we have this confirmation as of today? No we don’t.” Danilov said. “We understand these things don’t fly without [people] learning how to operate them, and the Russians don’t have the brains to figure it out themselves … In the modern world you can’t hide anything. It is just a matter of time when it will be made public.”

“We are trying to answer this question and we’ll do everything we can to make sure it doesn’t happen,” Danilov said. “But if it does happen, it will tell us two things. First, that Russia has no capability of manufacturing their own missiles, at least in the numbers that would allow it to continue a large-scale war. Second, if a country that has been under sanctions since 1979 has a capability of producing such weapons, what kind of sanctions are we talking about? So it raises a big question about enforcement.”

The papers on the conference table in Danilov’s office were covered up with blank pages for security reasons, and sitting among them was a chess set with just a single black pawn advanced. Asked about it, Danilov said it was a metaphor for a world in which the old rules no longer applied.

Ukraine’s relations with Israel are an example of a grey area. There is a long list of Israeli military equipment the Kyiv government would like to acquire, but Israel has sought to avoid Moscow’s retribution and tried to portray itself as neutral.

Italy home to 11 of 100-plus unofficial Chinese ‘police stations’

SIPRI: Ukraine war is not all good news for arms industry