‘It Was a Sea of Flames’: At Least 46 Killed in Taiwan Apartment Fire

‘It Was a Sea of Flames’: At Least 46 Killed in Taiwan Apartment Fire by BY AMY QIN AND AMY CHANG CHIEN via NYT New York Times 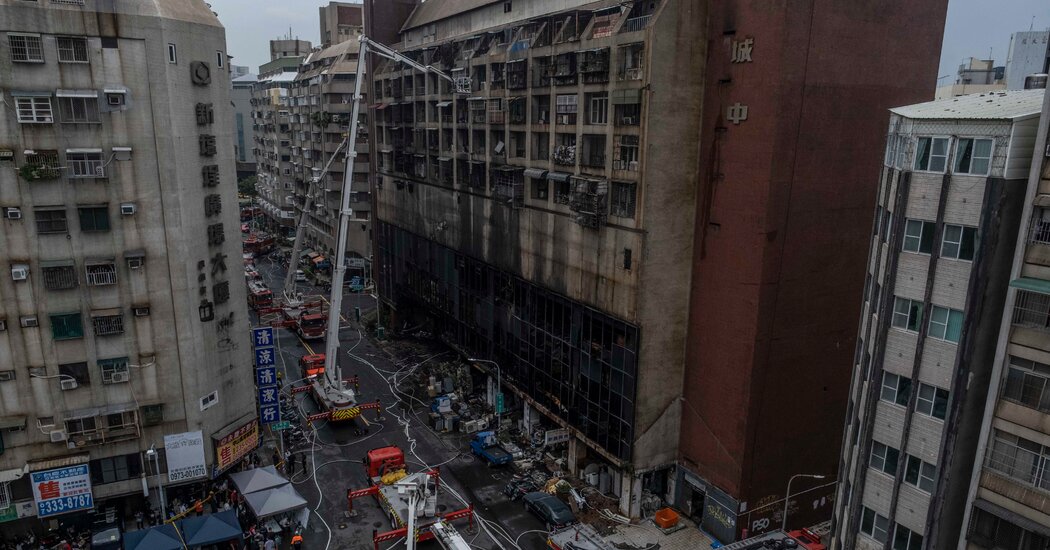 TAIPEI, Taiwan — At least 46 people were killed and dozens of others injured after a fire broke out early Thursday at a large commercial and residential building in southern Taiwan that had badly deteriorated in recent years, according to local officials and news reports.

At least 41 other people were being treated for injuries, said local fire officials in Kaohsiung, the main port city in Taiwan, where the fire occurred. The cause of the blaze remains under investigation, said Lee Ching-hsiu, the city’s fire chief.

Surveillance footage from a neighboring building showed a flash of light on the first floor, and soon the entire floor was engulfed in flames, according to local news reports. Photos and videos circulating online showed dazed and soot-covered older residents being escorted out of the charred building, some on stretchers.

Firefighters received the first calls for help around 3 a.m. on Thursday and extinguished the blaze about four hours later. By the afternoon, they were still looking for survivors in the 13-story building. The building was inhabited by about 120 families, mostly low-income and older residents living between the seventh and 11th floors.

Mr. Lin said a loud explosion woke him up around 3 a.m., and he went into the street to see what was happening. He said the flames had moved quickly from the ground floor to the higher floors. He added that he was worried that some of the older residents living on the higher floors would have had a hard time evacuating in the dark.

Built in the 1980s, the 13-story building is near the Love River in central Kaohsiung, Taiwan’s third-biggest city. Conditions in the once-prosperous building began to deteriorate after a fire broke out in the building in 1999, according to local reports. While no one died in that fire, the building was partly abandoned, and squatters and gamblers began to move in. Among local residents, it became known as “Kaohsiung’s No. 1 ghost building.”

Recent photos and video showed what appeared to be alarming safety conditions inside the building, including exposed electricity cables, corroded water pipes and piles of debris blocking dark stairwells.

Several developers tried to take over and renovate the building in recent years, according to Apple Daily, a local news outlet. But those efforts met with resistance from the building’s residents.

As outbreak worsens, COVID-19 cases in eastern Europe near 20 million