‘It’s Possible to Do Things Differently.’ The Arab Kingmaker Who Joined Israel’s Far-Right to Oust Netanyahu 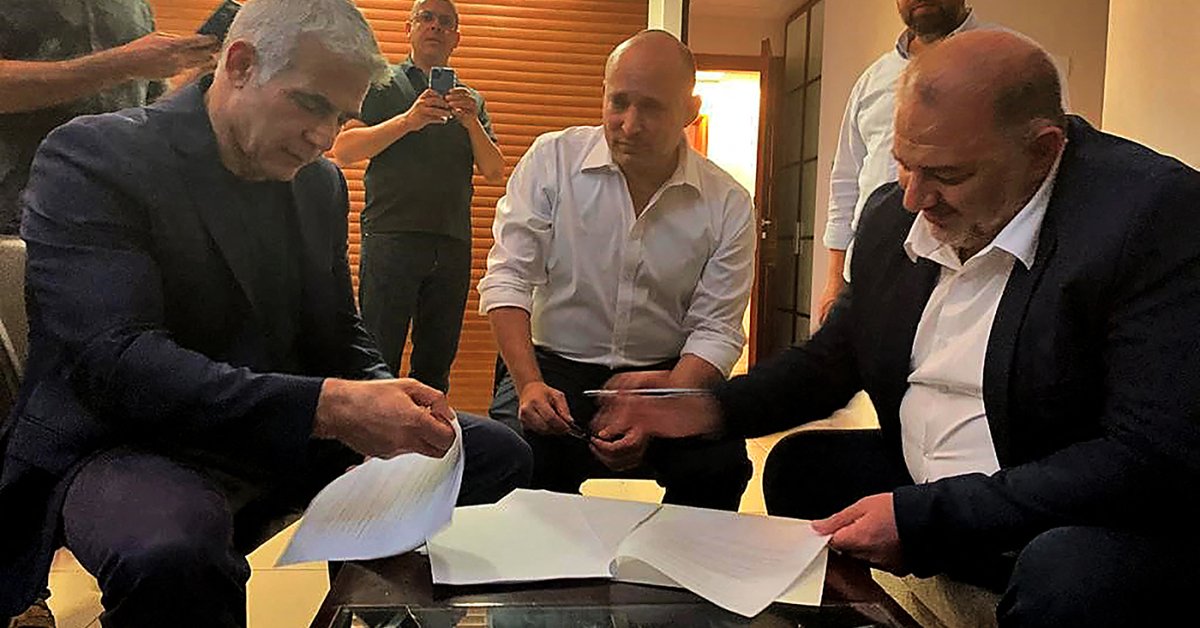 It was a picture that nobody in Israel could have imagined: the leader of the political party of the Islamic Movement, Mansour Abbas, sitting alongside Naftali Bennett, the envoy of religious ultra-nationalist Zionism. But there they were with the secular centrist Yair Lapid on June 2, pens in hand, ready to sign documents bringing a devout Muslim and Palestinian citizen of Israel into a coalition government with the two Jewish Zionist leaders. “It was a historic moment,” Abbas tells TIME a few days later from the offices of his United Arab List party in Kafr Qana. “Some people in the room teared up.”

Over the past two years Israelis have gone to the polls four times to elect a government to run the country, and each time Israeli Prime Minister Benjamin Netanyahu, leader for 15 of the last 25 years, failed to muster up support to form even a narrow coalition. The people on the left, center and right who wanted to bring him down couldn’t form one either.

But in the latest election, in April, a kingmaker emerged: Abbas, the Islamist politician who made the remarkable declaration that he would be willing to be part of a right-wing coalition, something no Arab-led party has ever considered.

The deal was delayed by a war. In May, hostilities sparked by forced evictions of Palestinian families in East Jerusalem set off communal violence in mixed Jewish-Arab cities across Israel, and precipitated a conflict between the Israeli military and militants in Gaza. The rioting and violence in the mixed cities especially shone a spotlight on the conditions facing Palestinian citizens of Israel, sometimes called ‘Arab Israelis’, who live within the borders of the state as founded in 1948. Although they make up about one fifth of the country’s population, they face systematic discrimination in housing, education, and employment. Their inability to improve their lot has been compounded by a lack of power at a political level: no Arab-led party has joined a coalition government since 1977, when the right-wing Likud first came to power.

That changed when Abbas, 47, signed the June 2 agreement. On Sunday June 13, the Israeli parliament is expected to vote to put the new ‘Change’ coalition in government, with Bennett as prime minister — a historic moment in Israeli history that not only will end the Netanyahu era, but also, Abbas hopes, be a pivotal moment for Arab-Jewish relations. “The very act of our participation in this government and in this political process brings, and I could be wrong, it brings calm to the region, a feeling of hope, that it’s possible to live together,” he says. “That it’s possible to do things differently.”

For the first time in generations, Palestinian citizens of Israel are being treated as legitimate political partners on a playing field that has long been the exclusive terrain of the Zionist and religious Jewish Israelis. Whether it’s better for Arabs to compromise with or to boycott Israeli governments is a fundamental question that goes to the heart of Israel’s future. If Abbas’s alliance with the government can help the country’s Arab citizens it could have a wide-reaching impact.

Plenty are hoping he fails. His partners on the far-right are being attacked by their supporters for bringing a “terror supporter” into the coalition. Meanwhile, many Arab citizens accuse him of abandoning the Palestinian cause. “He probably thinks he can improve the lot of the people by joining the government, but that’s not how I view the system,” says Diana Buttu, a Palestinian citizen of Israel, who is an analyst and lawyer in Haifa. “I don’t see that we will be beneficiaries.”

Abbas says he rejects the kind of attritional politics that have led to the current, fractious moment in which Israel finds itself. “I have been called every name imaginable. Traitor, servile, submissive,” he says. “It’s very easy to stand before the other and hold a lengthy battle. That’s not me. I don’t have a goal to vanquish you, for example, but rather to bring your positions closer to mine.”

Abbas was born and raised in a traditional Muslim family with 10 siblings in Maghar, northern Israel. His parents were farmers who grew chickpeas, watermelon and wheat and raised goats. His father only finished elementary school and his mother only went to first grade. “I was very lucky,” he says. “My teachers saw in me something special, a potential, and they pushed me forward.“ When Abbas was studying at the top dentistry school in Israel at the Hebrew University in Jerusalem, he became a disciple of Sheikh Abdullah Nimr Darwish, an Arab Israeli jihadist-turned-peace-proponent who founded the Islamic Movement in Israel.

“Everything I do today I absorbed from the legacy of Sheikh Abdullah Nimr Darwish,” Abbas says in his office, which is decorated with photos and quotes from his mentor, who died in 2017. “He started in jail and ended with a religious peace initiative. I don’t have to pass the same trajectory. I took his teachings and I continued from where he ended.”

Darwish believed that the route to improving the fortunes of Palestinians in Israel, and pursuing Israeli-Palestinian peace, was through political participation. Many in Israel, especially on the far-right, believe Islamists in Israel are linked to extremism and hardline Islamist groups like Hamas in the Palestinian territories or the Muslim Brotherhood in Egypt; Bennett once called Abbas a “terror supporter.”

But Abbas says his movement has no links to Hamas or the Muslim Brotherhood and puts this perception down to unfamiliarity with what he really stands for. “Who ever didn’t know me, like Naftali and others have said, maybe they thought I am an extremist Islamist. But the moment that they sit with me and they get to know the teachings of Sheikh Abdullah and they get to know the path I’ve made in the last 20-30 years they begin to think differently. And that’s how we got to the situation today where we are trying to lead a new path of political partnership and tolerant political dialogue.”

His party, the United Arab List (also known by its Hebrew acronym Ra’am), was established as the political wing of Darwish’s Islamist movement in 1996. Abbas has been leader since early 2019, the year he was first elected to the Knesset. “We have two hats: on the one side we are Arab Palestinians. But we are also Arab citizens of Israel,” he says. UAL supports a Palestinian state and the end to the Israeli occupation, but its active goals are to solve the problems that the Arab citizens of Israel face. “We focus on the issues and problems of the Arab citizens of Israel within the Green Line. We have cardinal problems: crime, violence, economic distress, severe lack of housing, unrecognized villages in the Negev. We want to heal our own problems.”

The odds against the United Arab List ever forming part of Israel’s coalition government were long. Historically, Jewish Zionist parties don’t make alliances with Arab parties, even if it means they won’t be able to form a government, seeing it as compromising the Jewish nature of the state. In April 2020, then-opposition leader Benny Gantz, who ran on a campaign to oust Netanyahu, ended up joining him in government after he got cold feet about depending on the outside support of a coalition of Arab parties. 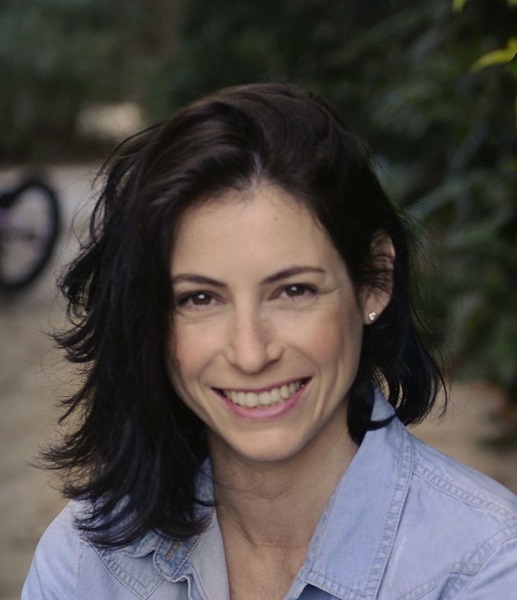 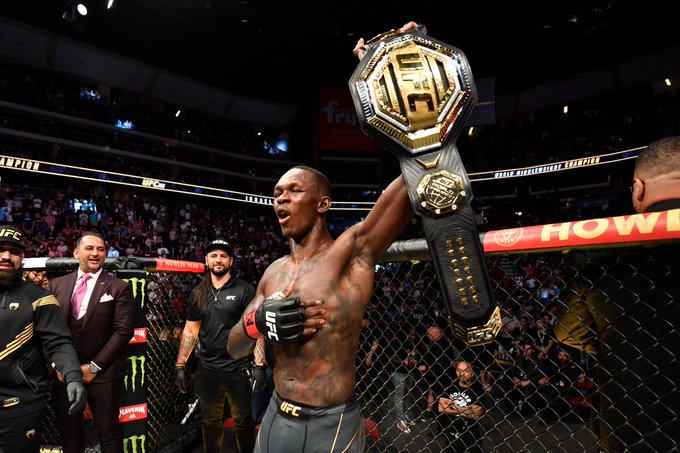 Israel Adesanya Remains The King Of The Middleweight Division

Dhankhar is Trying to Project as if a War Like Israel-Palestine is Happening Inside Bengal, Says TMC 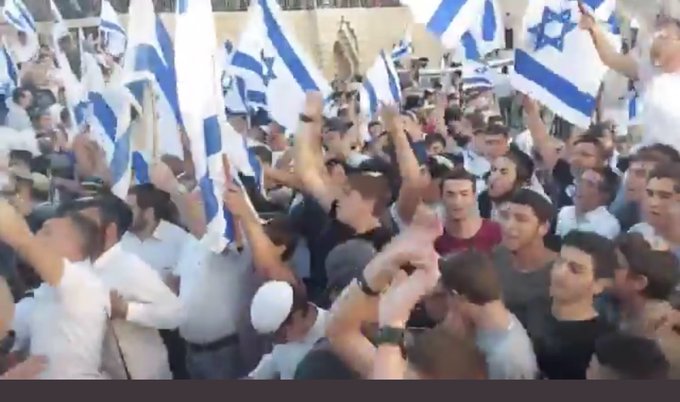 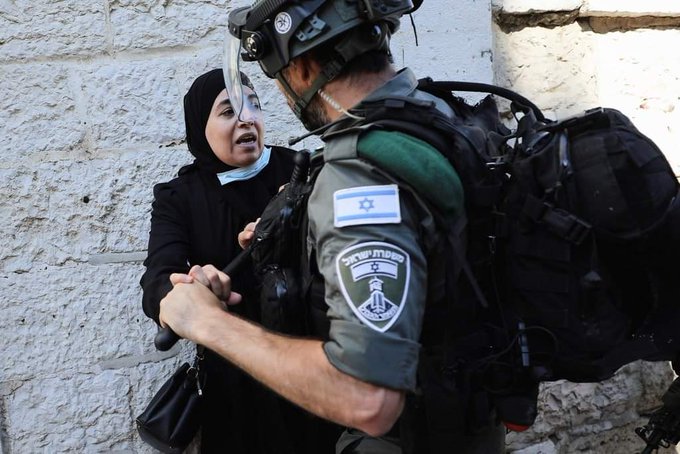