He seriously is in need of mental health. Kanye West Pees on His Own Grammy in Tweet Storm on Music Ownership 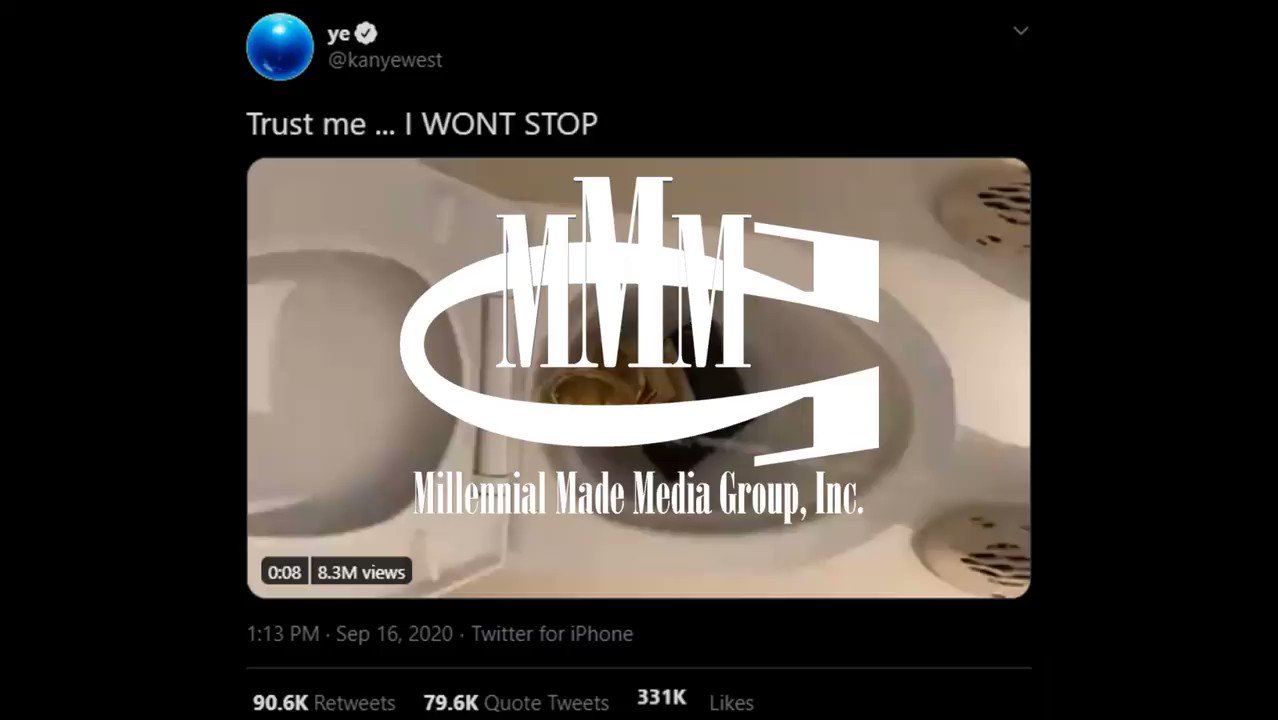 10:23 AM PT -- Ye just took his thoughts on Black people needing a seat at the table to a WHOLE new level -- and that level is in the toilet ... where his Grammy is currently being rained upon.

Yes, Kanye just posted a video of himself apparently urinating on his own Grammy statuette, which is chillin in one of his toilets at home and being subjected to a golden shower. Hard to say for sure if this is real or not, but the imagery is striking ... and gross too, we might add.

He captioned his post too and makes it clear he aint sorry for this, writing ... "Trust me ... I WONT STOP." Presumably, this is one of the 21 Grammys Kanye has to his name -- awards hes boasted about in the past, but which clearly dont mean all that much to him these days.

Ye was going off again early Wednesday about African-Americans, by and large, not getting their fair share of the pie -- instead, he says theyre mostly used by companies run by whites. He again points to the NBA and the music biz as examples.

In his new Twitter rant, he says, "We sat back and watched Nick Cannon get canceled and we go to play ball in a bubble with black lives matter on our backs ... brothers let’s stand together for real ... there is no NBA or music industry without black people ... fair contracts matter ... ownership matters."

Insisting hes made "multi billions," Kanye says hes one of the few who can openly speak on this issue without repercussion -- the implication being hes rich enough to where he doesnt have to worry about a record label trying to muzzle him.

Speaking of that ... Ye brings the convo back to himself and his own fight for ownership of his master recordings, blasting Universal Music Group and alleging they wont even give him a chance to buy them outright -- because he feels they know he can probably afford them.

Of course, this is the same argument his nemesis, Taylor Swift, made not too long ago ... as one of Kanyes associates pointed out to him on Tuesday morning.