The remains of only two of the disappeared students have been recovered since then. Mexican authorities have now announced that dozens of arrest warrants have been issued for police and military personnel for suspected participation in a massacre. 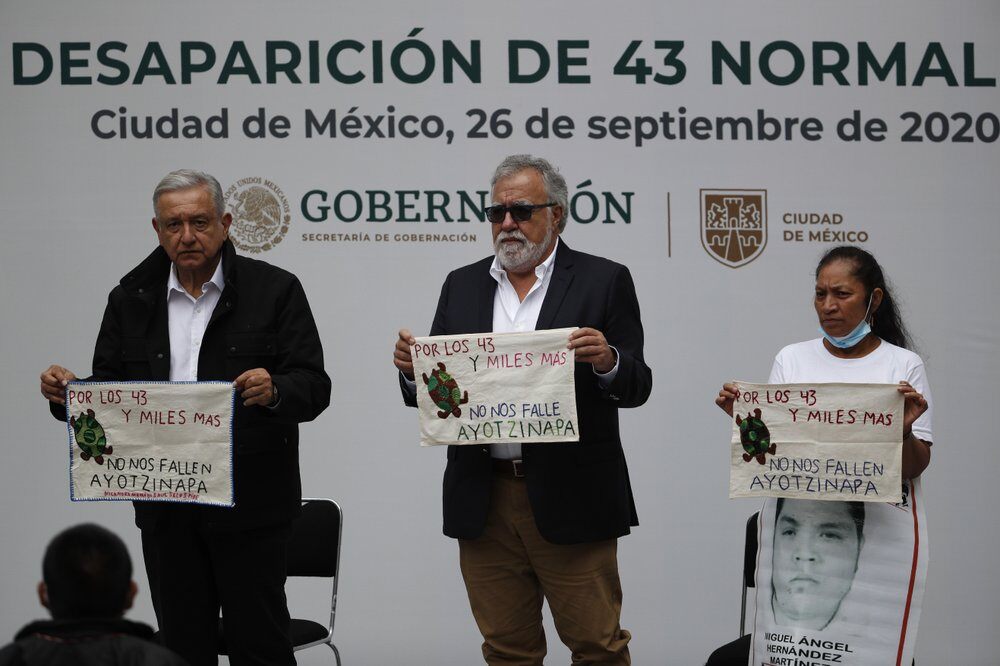 MEXICO CITY (Reuters) - Mexican authorities have issued dozens of arrest warrants for police and soldiers whom they believe may have participated in the 2014 disappearance of 43 Mexican college students, head of the investigation said on Saturday.

Omar Gomez, head of the special prosecutor’s office for the case, told a new conference in Mexico City the warrants had been issued for the “material and intellectual authors” of the crime, including military members, and federal and municipal police.

The announcement came during a news conference at the National Palace in Mexico City on the sixth anniversary of the students’ kidnapping. During the event, Mexican President Andres Manuel Lopez Obrador and Mexico’s Undersecretary of Human Rights Alejandro Encinas held fabrics embroidered by relatives of the victims, many of whom attended the ceremony holding large pictures of the disappeared students.

Saturday marks the first time in the case Mexican authorities have announced arrest warrants for military personnel. Reuters reported earlier in the week that arrest warrants were imminent.

The students from the Ayotzinapa Rural Teachers’ College disappeared on September 26, 2014, in the state of Guerrero. The remains of only two of the students have been positively identified so far.

The unsolved kidnapping of the young men who were training to be teachers convulsed the country, sparking massive protests in 2014 and garnering international condemnation as one of the darkest examples of the government’s longstanding difficulty preventing violence or convicting those responsible.

In June, authorities announced the apprehension of the leader of a Guerrero gang accused of involvement in the disappearance, and arrest warrants for Guerrero officials in connection with the case.