Mini-budget: What it means for you and your finances

Increasingly clear sense of a government spinning completely out of control.. 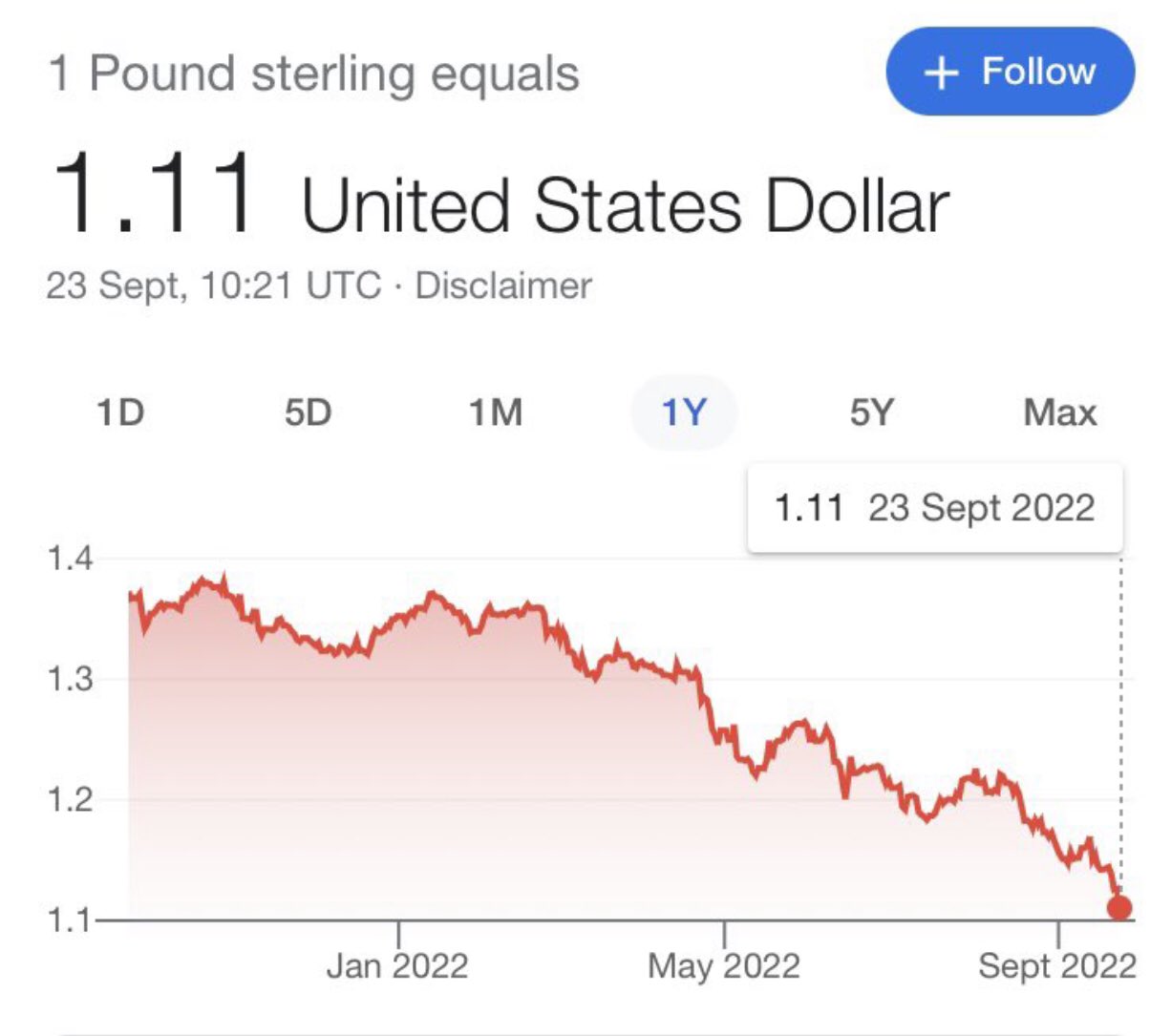 Britain’s mounting debts will be unsustainable if the government presses ahead with sweeping tax cuts in a mini-budget on Friday, according to the Institute for Fiscal Studies thinktank.

Fuelling concerns that the UK’s precarious financial position will spark a run on the pound, the chancellor, Kwasi Kwarteng, is expected to reverse an increase in national insurance payments and cut corporation tax at a cost to the Treasury of £30bn.

Kwarteng, who will announce a review of his fiscal rules to allow the government to borrow more, is also expected to give away billions of pounds by cutting stamp duty on house purchases and confirm a multibillion-pound rise in the defence budget to support the war in Ukraine and boost growth.

The IFS report said: “Recent rapid increases in the cost of debt interest highlight the risks of substantially and permanently increasing borrowing and putting debt on an ever-increasing path.”

“There is no miracle cure, and setting plans underpinned by the idea that headline tax cuts will deliver a sustained boost to growth is a gamble, at best,” it added.

Analysis by the IFS showed promises to cut taxes and increase spending would push government borrowing to £100bn even if the energy crisis abated next year – £60bn above previous estimates.

Extra spending on pensions and benefits, which are linked to inflation, and an estimated £18bn hole in public sector budgets, which is likely to increase once higher energy bills are taken into account, will add to the government’s financial commitments, it said.

Carl Emmerson, an IFS deputy director, said he was concerned that the government was choosing to ramp up borrowing just as it was becoming more expensive to do so.

He said government borrowing would miss the Treasury’s existing budget targets legislated in January, leading to ever-increasing debt that “would eventually prove unsustainable”.

Kwarteng is expected to argue that extra borrowing will generate economic growth of 2.5% over the next decade, compared with a previous forecast of 1.5%, lifting tax revenues above the cost of tax giveaways.

As part of his plan to kickstart growth, the chancellor is expected to propose the creation of a network of 12 low-tax, low-regulation investment zones.

The announcement, which is expected to take deregulation further than the post-Brexit freeports set up by Boris Johnson’s government, will be part of a package that will also include a relaxation of planning laws in the zones.