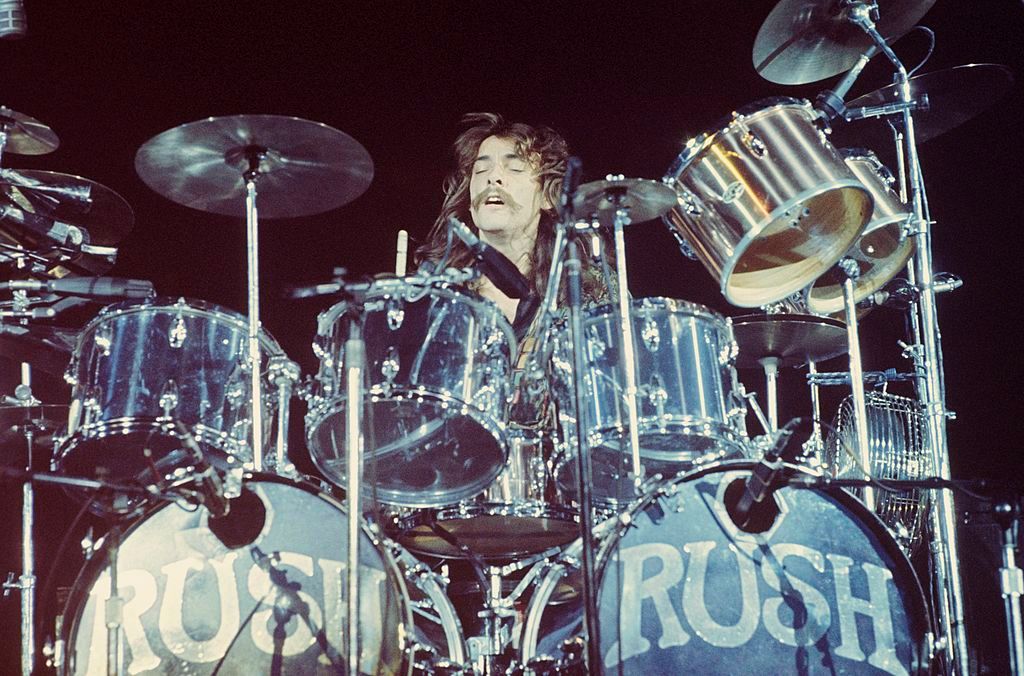 The chrome Slingerland drum kit, which Peart purchased just weeks before his first Rush concert in August 1974, will be auctioned by Bonhams, which placed a $80,000 to $120,000 pre-auction estimate on the drum kit.

The drum kit features blue drum heads, each with Rush’s then-logo plus “neil” on one head and “peart” on the other. The kit also comes with a “14-inch Tom Tom with chrome wrap and with original head signed by Peart”

According to Bonhams, Peart bought the drum kit from his local music store Long & McQuade and, soon after, played it onstage during his first concert with Rush on August 14th, 1974. The drum kit was also brought into the studio and employed during the recording of Peart’s first three studio albums with Rush, Fly by Night, Caress of Steel, and 2112.

Peart, who died in January following a battle with brain cancer, also played the drum kit during the recording of the band’s first live album All the World’s a Stage, which “marked the end of Rush’s first chapter and Peart’s Slingerland drum kit was soon afterward retired,” Bonhams says.

For over a decade, the drum kit remained in storage until March 1987, when Peart donated it to Modern Drummer magazine for their “Neil Peart Drumset Giveaway.” New York drummer Mark Feldman won the set and also received a signed letter from Peart; while Feldman later sold the drum kit to the current seller, the signed letter remains part of the item’s provenance.