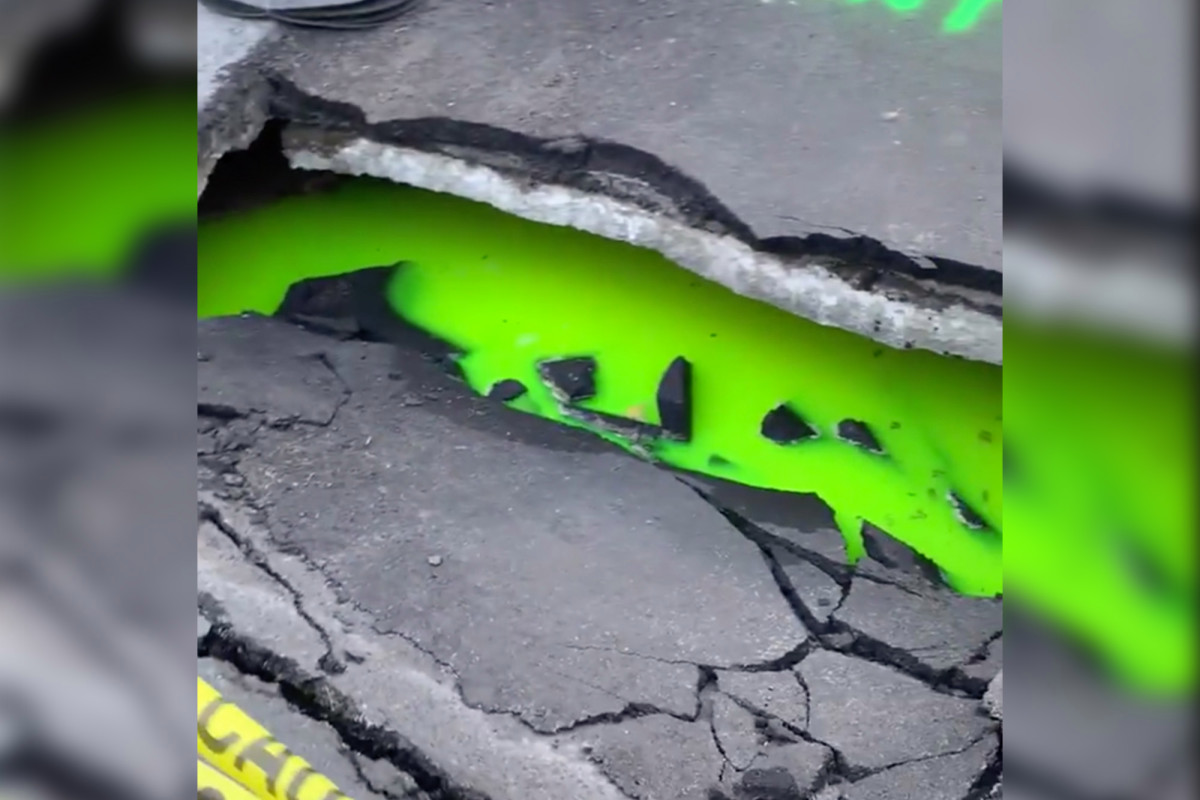 Toronto citizens were taken aback this week when a photo of a sinkhole full of glowing green slime made the rounds on Twitter — reminding people of the radioactive sludge that turned normal turtles into Teenage Mutant Ninja Turtles.

Posting a pic of the creepy green goo on it’s page, @BlogTo, which is described as “Toronto’s source for local news and culture, restaurant reviews, event listings and the best of the city”, noted: “Nothing to see here – just a sinkhole on Hastings Ave. in Leslieville #Toronto“.

Commenter @ShawnFromToronto quipped: “Anyone who wants to be a Ninja Turtle now is your time,” @PalDEvans suggested “Quick, somebody toss four baby turtles in there!” and @WassermanReview asked: “Heroes in a half shell anyone?”

But while the ooze looked radioactively alarming, it turns out its a trading tactic as @Rich705 noted: “The coloured dye used is to see if the sink hole connects with any sewars (sic)nearby.”