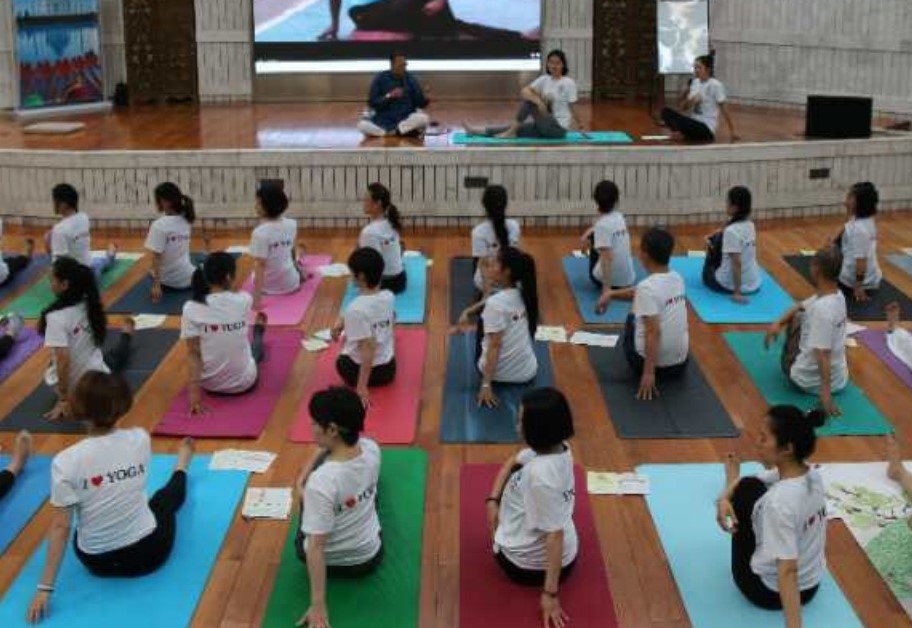 He thanked SCO members for supporting initiatives proposed by India in the fields of economics & trade, startups, healthcare, S&T and culture. India has assumed the Chairmanship of the SCO Council of Heads of Government this year and is hosting the meeting of SCO Premiers on the 30th Nov, this year.

The event which was a part of events to mark Indias presidency of #SCO Council of Heads of Govt, witnessed vibrant participation of Ambassadors of SCO Missions in China and Chinese officials. Mr. Misri noted that India’s association with SCO countries is a bonding born of shared history and heritage, shared customs and culture; and shared ideas and interests. These age-old cultural links and shared memories enable the SCO members and their people across this whole region to share each others cultural offerings, be they in the fields of cinema, music, art or indeed Yoga and benefit from them, he said.

He further said, Yoga brings people together around the world and expressed happiness at its expanding popularity in recent years. It is a part of India’s contribution to strengthening cultural cooperation among SCO countries, he added. He expressed satisfaction that Chinese people across the country practice yoga with fervor. The International Day of Yoga is celebrated every year in many cities all over China.

SCO Secretary General, Vladimir Norov also participated in the Yoga event and appreciated its role in promoting people to people interaction among SCO countries. In 2018, the SCO leaders agreed, as part of the Qingdao Declaration, that organising the International Yoga Day annually will contribute to stronger friendship, peace, mutual understanding and harmony. The Indian Embassy has been closely associated with the SCO Secretariat in organizing various cultural activities, including Yoga, with the support of the Secretary General.